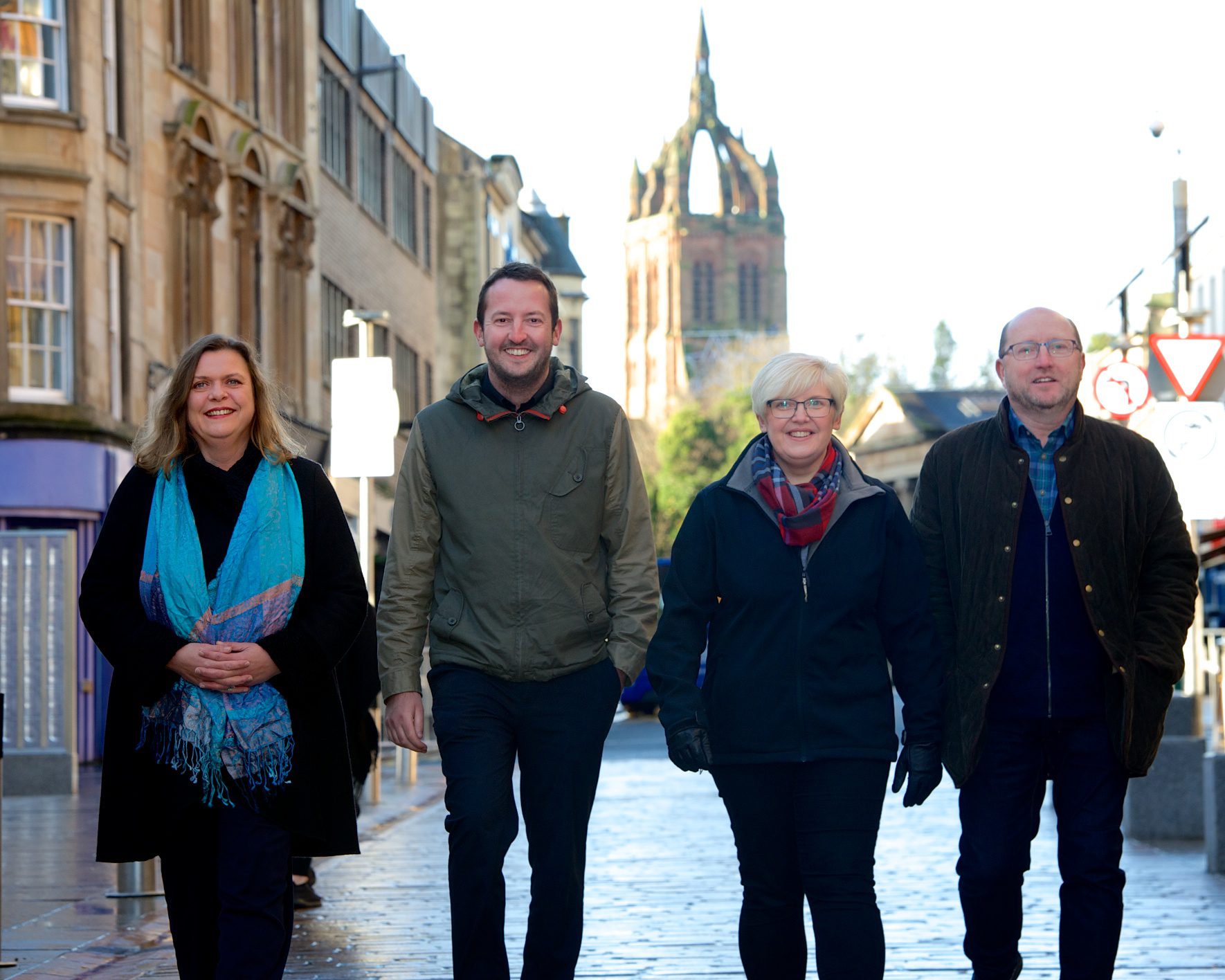 Paisley traders have revealed that the town’s bid to win the UK City of Culture 2021 title has led to businesses receiving a major boost.

Town centre retailers and food outlets have reported an increase in their customer bases and sales since Paisley launched the bid in November 2015. The town was shortlisted for the title alongside Coventry, Stoke-on-Trent, Sunderland and Swansea last July, with a decision expected by the Department for Digital, Culture, Media and Sport which organises the competition next month.

Elaine Templeton co-owns Taste Buds in Lawn Street with sister Susie Mitchell and friend Tracey Johnstone, and took over the business in July this year.

She said: “We’re really pleased with the way the business has been performing and if Paisley wins we’ll only see increased footfall in the town.

“We have the profit and loss accounts from the previous owner for the last two years and you can see a distinct increase in sales.”

She said that the town’s annual Spree Festival in October had a ‘phenomenal impact’ on business and their customer base was increasingly coming from further afield.

Elaine added:  “Recent events like the Christmas Lights Switch-On saw lots of customers from the outskirts of Paisley and from Glasgow, which isn’t something that generally ever happened before.

“When the wee architectural dig was on at Paisley Abbey we also had customers from as far afield as France and Norway.” Blend Coffee Lounge opened in July 2015,, just months before the town submitted its bid for UK City of Culture 2021.

Co-director Alan Baird said: “As a new business we’ve been thankful for the bid. It’s generated that extra footfall for us. When people have googled to learn more about Paisley our name has appeared as well and we have benefitted from that.

“We are seeing an increase in business month on month and year on year. How much of that is down to the bid we can’t say for certain, but I don’t think it’s done it any harm, that’s for sure.”

He said:  “I think the number of people visiting the town centre has increased significantly. We’ve found the shop is very busy during Paisley’s Winter Festival events and have had very successful late openings with people from out with Renfrewshire come in our shop.” Collette Cardosi, whose family has had a presence in the town for almost 100 years, with a string of eateries including the Pendulum Bar and Grill, which opened earlier this year, said the bid had helped people rediscover the town.

She said:  “The bid is increasing awareness and there’s less negativity about Paisley. You can see a big increase of local people and existing businesses who want to develop Paisley. I’m optimistic about the future of the town.”

Gary McCaw of coffee bar Bianco E Nero , said he has seen his business grow since it opened four years ago in the town centre and added:  “I definitely think the bid is making people think Paisley has something to offer and is bringing them back. I think a combination of good events in the town, good investment from Invest in Renfrewshire and good coverage for Paisley’s UK City of Culture bid are the main reasons we’ve been a success over the last few years.”

Peter Clark, Manager of the Paisley Centre, which has 34 units trading said it too had experienced a ‘flurry of activity’ with four new lettings, including a ladies fashion outlet and a toy shop.

He added: “We are also negotiating with three other retailers, so there’s a definite impact of the bid with more interest in Paisley than we have seen for a long time.”

Paisley First is made up of more than 600 town centre business and its chairman, Ian Henderson, said that in the past twelve months a ‘significant number’ of independent businesses had opened their doors and were doing well.

He added:” There is a real feeling of positivity on the streets of the town centre and this is in no small part due to the success of Paisley being shortlisted for the UK City of Culture 2021.”

Bob Grant, Chief Executive of  Renfrewshire Chamber of Commerce said: “Things like this year’s Spree Festival saw the audiences coming from further afield this time round, maybe even more national and even international visitors, driven by the profile of the events.

“The business community recognise the potential and can see the huge benefits of the bid.”

5 Most Interesting and Exciting Casino Games
Scroll to top