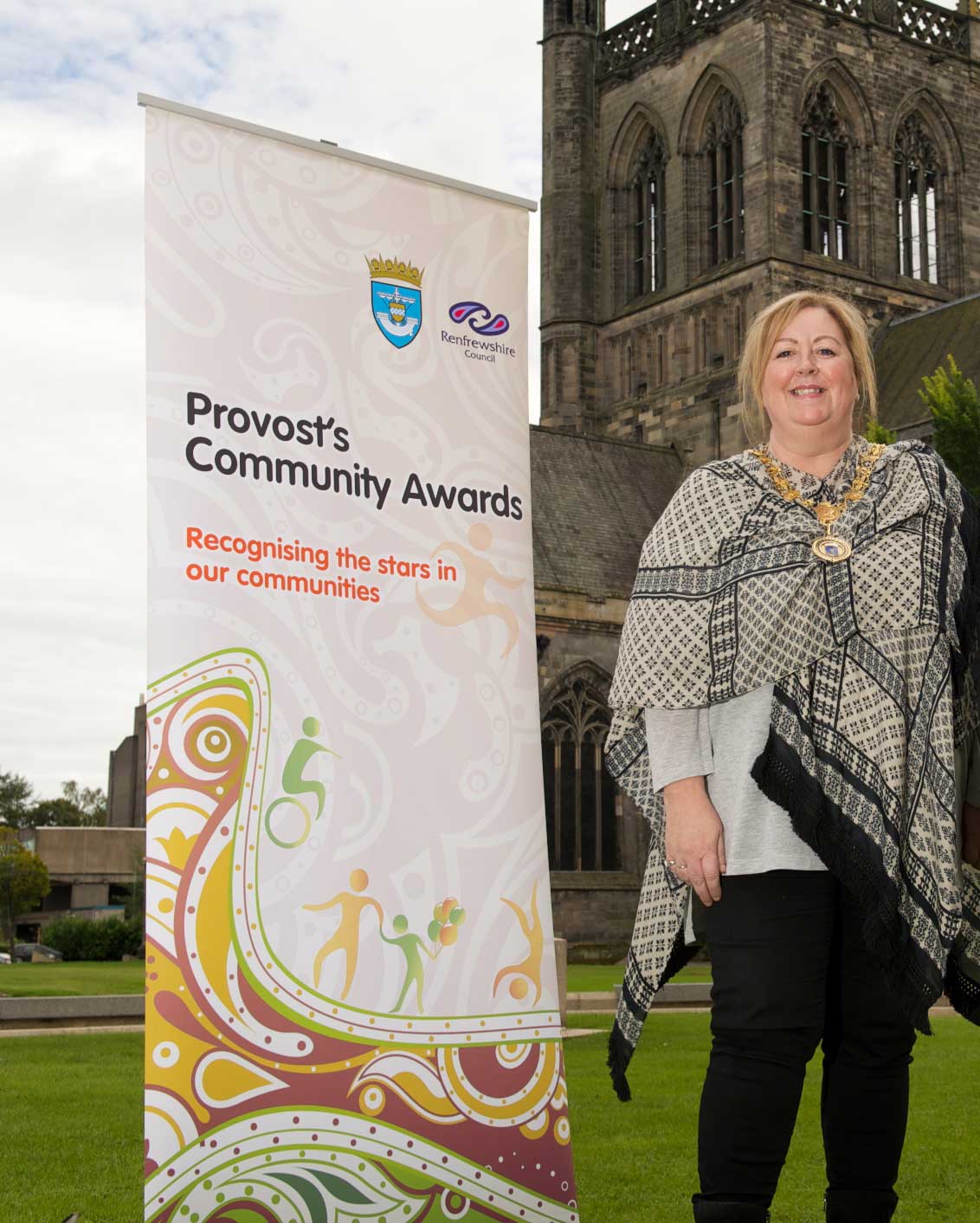 Renfrewshire’s Provost Lorraine Cameron is urging people not miss out as the nomination deadline for the Provost’s Community Awards approaches. The awards, which are into their third decade, aim to give civic recognition to those who work or live in Renfrewshire and are making a difference to their community.

This year, nominations can be made in six categories, including a new Arts and Culture award which has been created to find the hidden, or not so hidden, gems who light up Renfrewshire’s cultural scene.

Provost Cameron said: “We’ve had a fantastic number of entries already but we want to ensure everyone has the opportunity to make their nominations.

“I meet so many inspiring groups and people in my role as Provost so I know the talent and dedication is out there, but I need the local community to nominate them.

“If a person, or a group, is making a real difference to your life or is making your local area a better place, then please put them forward and give them the recognition they deserve.”

This year, Employer of the Year is sponsored by UNISON Renfrewshire and encourages nominations for employers who have provided a positive working environment for their staff.

Mark Ferguson, Branch Secretary, said: “We represent 52 employers in the local area and we’re delighted to sponsor the Employer of the Year Award.

“This award recognises employers who value their workforce and contribute to both the local economy and community in Renfrewshire.

“If your employer has gone above and beyond the call of duty, then make sure you nominate them before the deadline.”.

Craig Martin, Head of HR, said: “Glasgow Airport are proud to serve Renfrewshire. We have strong connections with our local community through our staff and customers, therefore we are delighted to sponsor this award and recognise individuals who are making a real difference in their local area.”

Nominations can be completed online at www.renfrewshire.gov.uk/provostawards