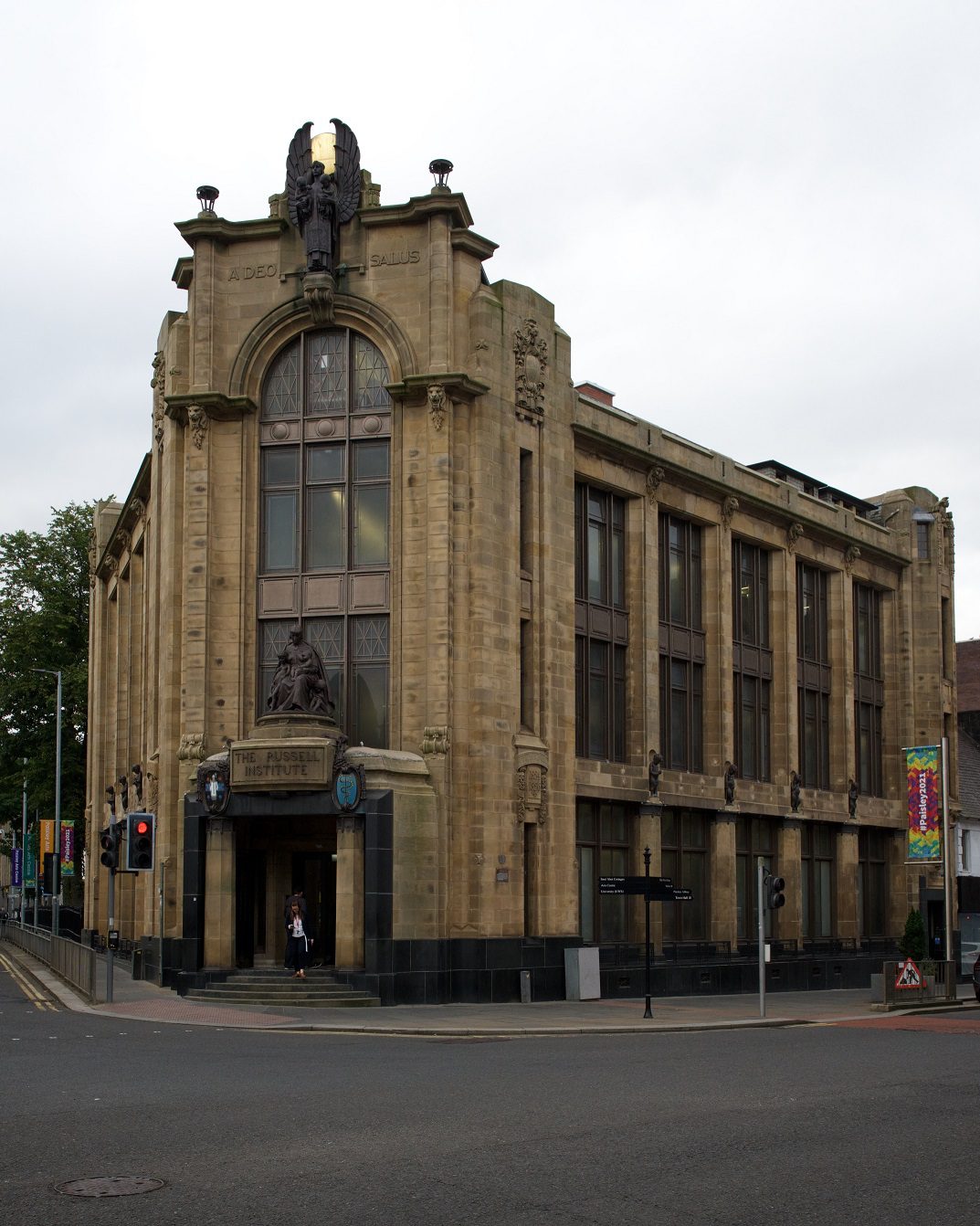 One of Paisley’s most iconic buildings has received a prestigious award for conservation following a £5m restoration project. It was one of just eight projects to be recognised in the annual awards programme of the charity, which runs competitions based around themes of towns, cities and neighbourhoods.

In its citation, the GIA described the project as ‘a clever re-use of this important 1920s listed building which has been brought back to its former glory’ and said it had been ‘executed with great skill.’

The work at the Institute was sparked by the passion of local volunteers in the Paisley Development Trust and it also received a Commercial Commendation for its design in the office, commercial, retail and industry category from the GIA.

Designed by Glasgow based architects Elder and Cannon, the restoration is part of a wider project to revitalise Paisley Town Centre.

The former health centre officially  re-opened its doors in August and is now home to Skills Development Scotland and the Council’s Invest in Renfrewshire employability team. It houses around 120 employees, including careers and employability staff helping unemployed people across Renfrewshire and works closely with local businesses to create further jobs and grow the local economy.

Main contractors CBC Ltd were charged with ensuring the distinctive features of the Institute were retained, from the ornate sculptures on the outside of the building, to its stunning staircase and interior balcony.

Renfrewshire Council Depute Leader, Councillor Jim Paterson said: “It’s great news that the restoration of such an iconic building has been recognised in this way and I’d like to thank everyone involved in the project.

“The revamp was carefully planned to preserve the institute’s architectural features but to also ensure it stays fit for purpose for the 21st century and is preserved for future generations.

“It’s a building that is important to the local community and its new role as a Skills and Employability Hub means that it is now helping generate new jobs and opportunities for the people of Renfrewshire.”

Megan Leishman, Grants Officer at Historic Environment Scotland, said: “We’re delighted that the hard work and effort of all those involved with the restoration of the Russell Institute has been recognised with this award.

“It is vital that we preserve our historic environment to help regenerate local areas, and we are pleased to have helped give a new lease of life to this iconic, A-listed landmark for the Paisley community through our Historic Environment Repair Grant Fund.”

The institute is a key part of a range of projects and initiatives to bolster business and drive people back to Paisley town centre, including the town’s bid for UK City of Culture 2021.

Paisley has been shortlisted alongside Coventry, Stoke-on-Trent, Sunderland and Swansea with a decision expected from the Department for Digital, Culture, Media and Sport which organised the competition, in December.

A new publicly-accessible museum store is also preparing to open in a previously-empty unit on Paisley High St and there are plans for a new £5m Cultural & Learning Hub housing the Paisley Central Library as well as a £42m revamp of Paisley Museum.

MSP Kevin Stewart, Minister for Local Government and Housing said: “I was delighted to attend to the official opening of the Russell Institute and see first-hand the fantastic restoration of this iconic building in the heart of Paisley. I’d like to congratulate everyone involved and whose hard work has been recognised by these well-deserved awards.

“The project is a great example of how we can use existing assets to regenerate our town centres and support local communities”.

Glasgow News? Daily Updates part of our network
Monte Carlo Rally to return to Paisley in 2018

Record Number of Scots At Uni
Scroll to top