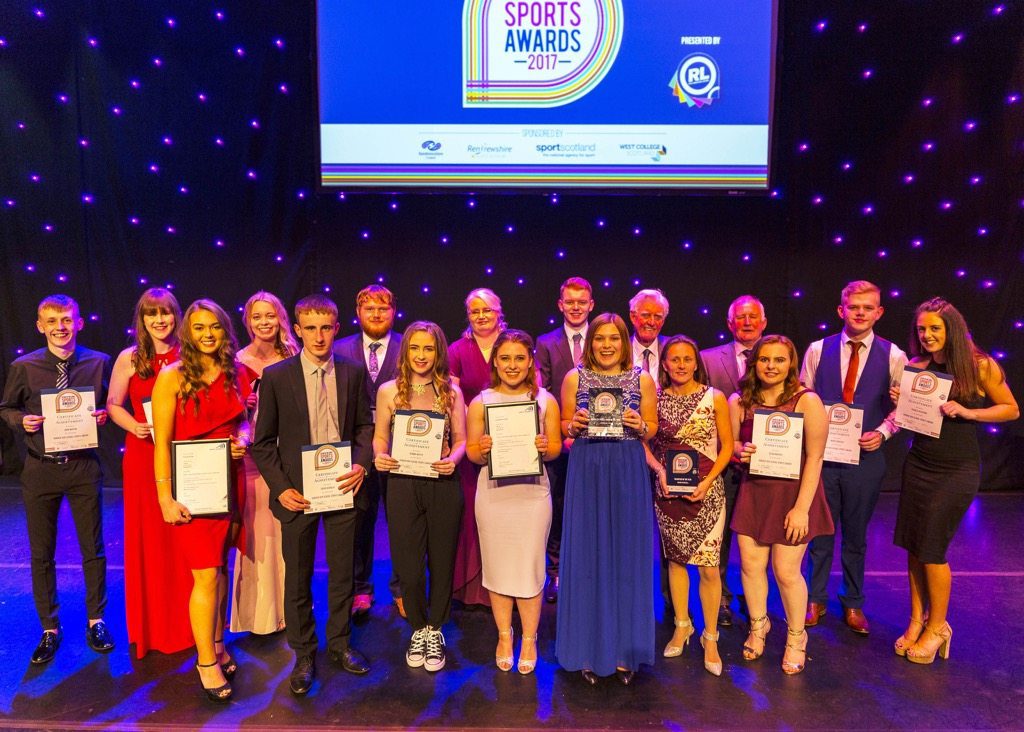 COACHES from Kilbarchan Amateur Athletic Club ran out with a hat-trick of wins at the annual Renfrewshire Sports Awards.
Arthur Smith won both the Community Coach of the Year and Dedication to Sport awards along with John Rodger, who lifted the Event Volunteer of 2017 award. Arthur has been a member of Kilbarchan AAC for more than 50 years and has been coaching young athletes for three decades, including Scottish internationalist, Laura Stark and GB runner, Jemma Reekie.
John has been involved with the club for more than 20 years and has been instrumental in the development of athletics – cross-country, road race and track and field events in Renfrewshire’s schools. He is also heavily involved in organising the popular annual Paisley 10k Race and Fun Run. 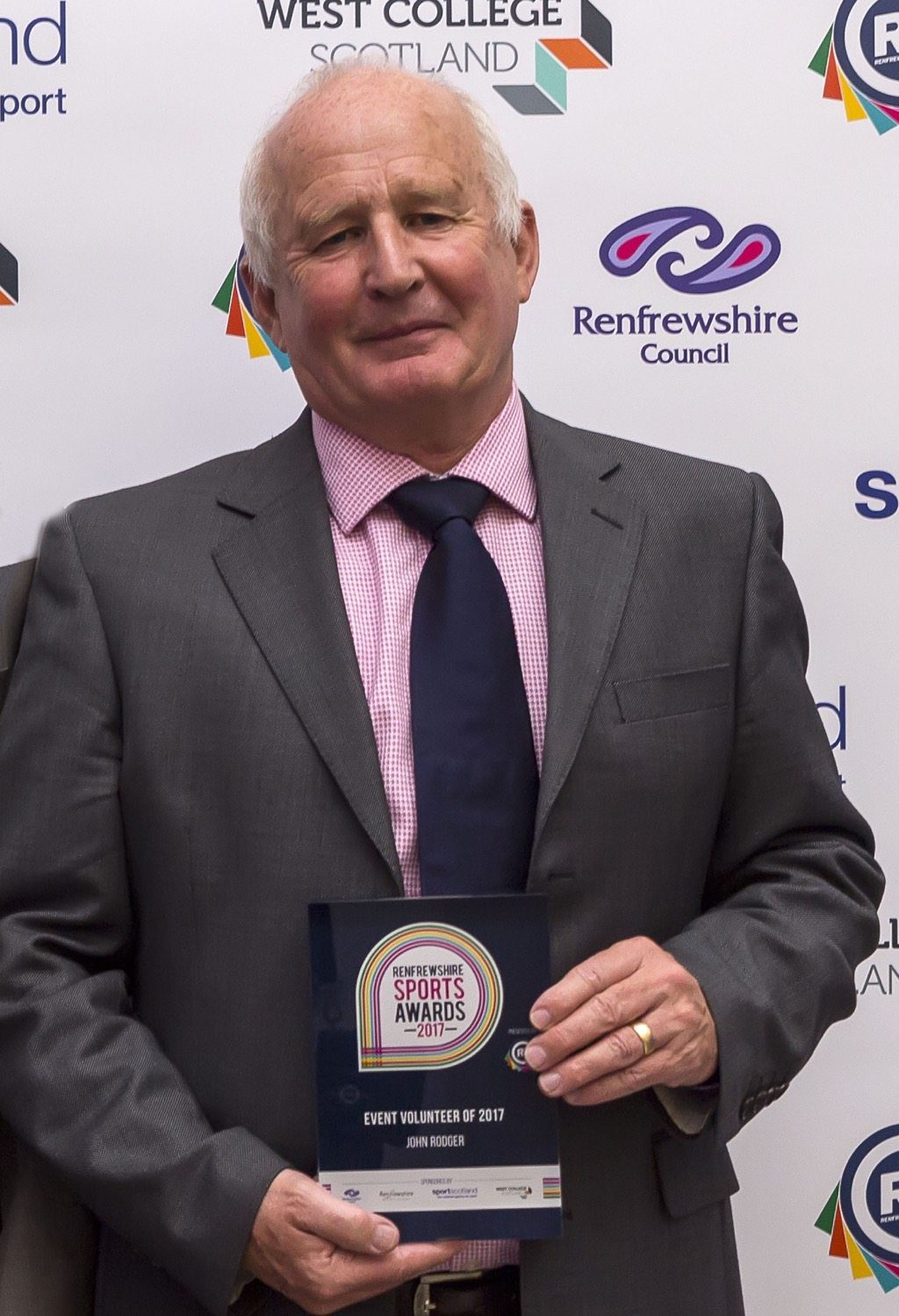 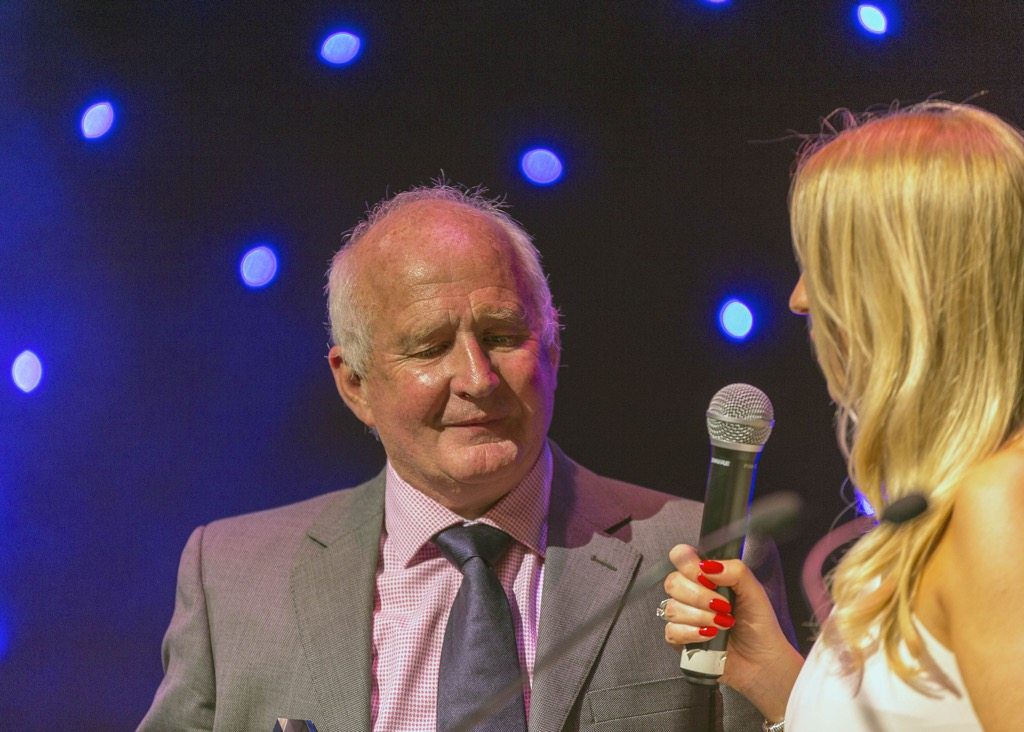 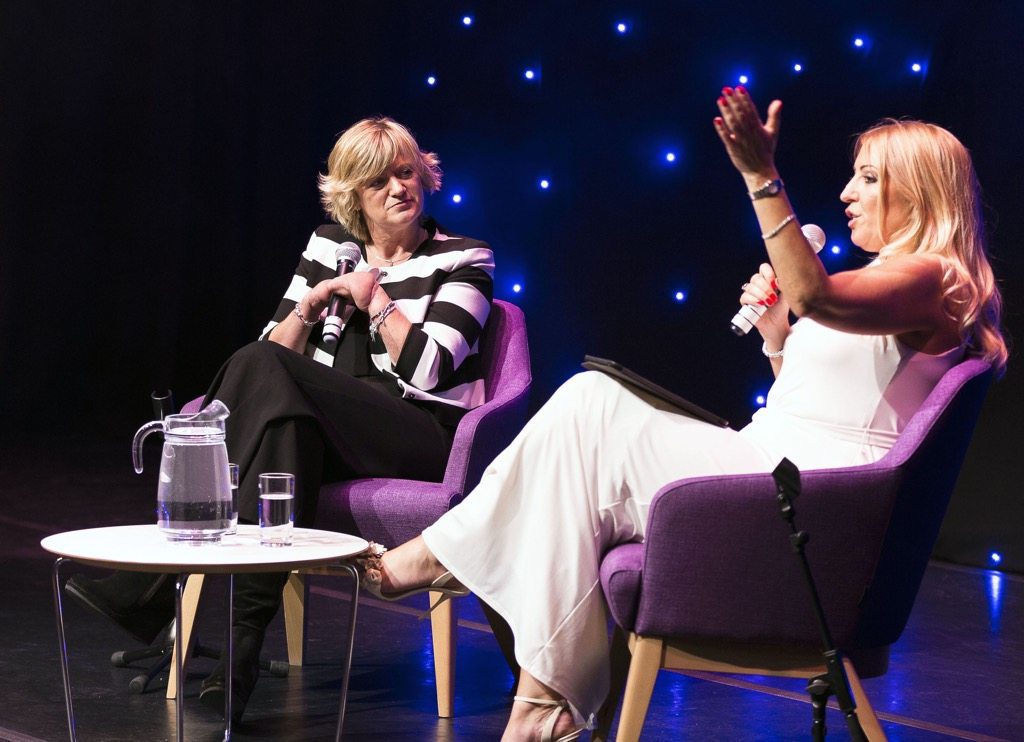 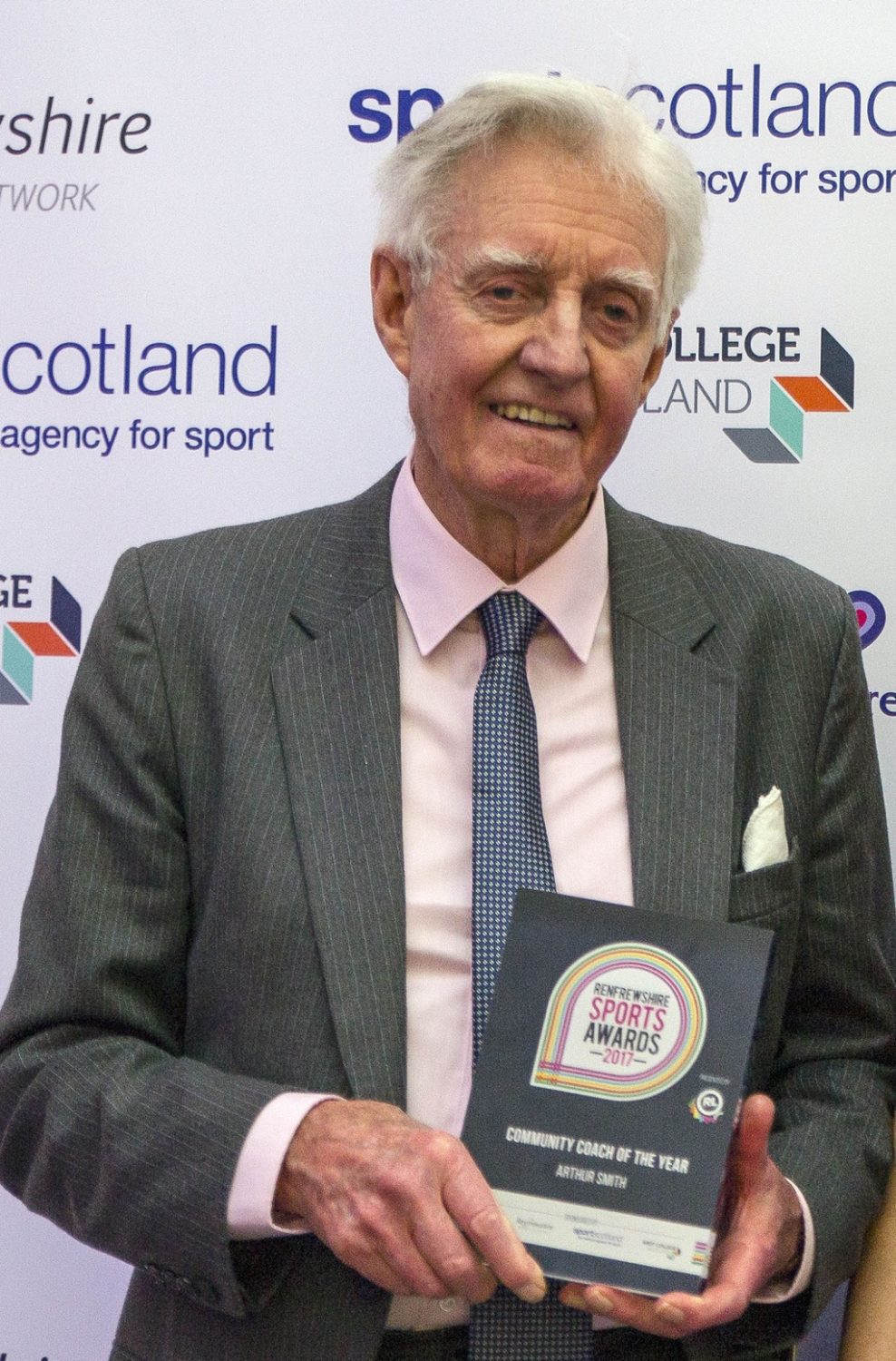 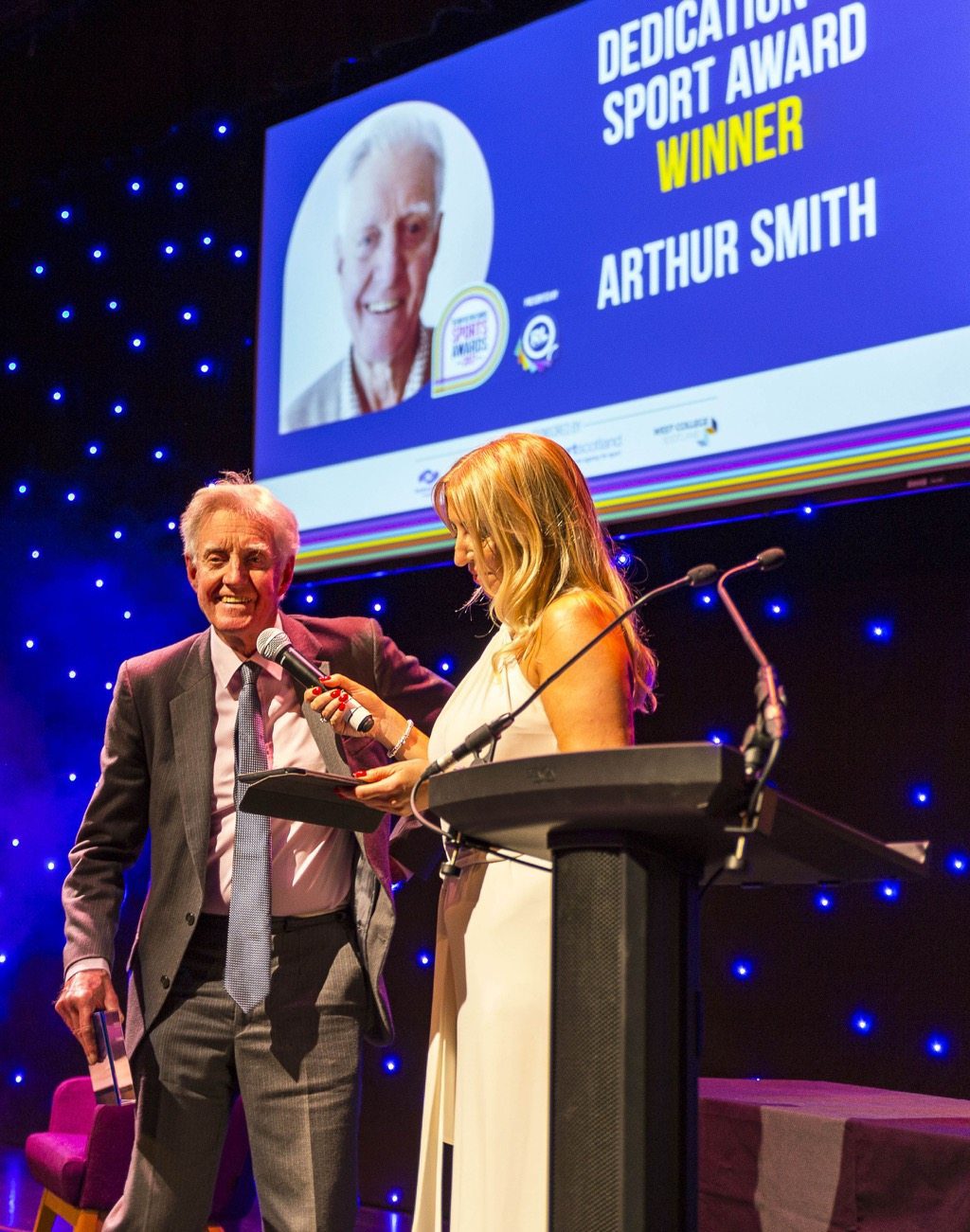 Other winners presented with awards at the event,organised by Renfrewshire Lerisure and held at a ceremony in Johnstone Town Hall, were – Development Coach of the Year, Susan Wright, who is head coach of Clyde Judo Club; Young Coach of the Year, Claire Scougall, who coaches Paisley Juniors Netball Club and Volunteer of the Year was won by Joanne McDowall, who has developed sporting activity at Barsail Primary, in Erskine.
Young Volunteer of the Year went to Lusia Steele, who delivers school health days at Barsail Primary and volunteers at the Johnstone Jets cycling club; Disability Coach of the Year is Rachel Killens, who is a disabled athlete herself and coaches swimmers with additional support needs.

A Level Six Award in Higher Sports Leadership was presented to Alan Rice, Calum Findlay, Emma Driver, Heather Fawcett and Laura-Rose Reid.
The special guest at the awards ceremony was Corinne Hutton, from Lochwinnoch who has defied the odds after having had both her hands and legs amputated when she suffered acute pneumonia and septicemia.
Since losing her limbs, Corinne has gone on to set three world records including becoming the first female quadruple amputee to climb Ben Nevis. She has also set up a charity called Finding Your Feet to support families affected by amputation, or limb differences through a range of sporting and social inclusion initiatives.

Corinne took to the stage for a Question and Answer Session with the event host, broadcaster Lorraine Herbison.

Chair of Renfrewshire Leisure, Councillor Lisa Marie Hughes said: “These awards showcase the talent, dedication and commitment of individuals in our community.

“With Paisley’s bid to become UK city of Culture 2021, sport plays a large role in the culture of our community. We have a vibrant and exciting sports network in Renfrewshire, which adds energy and passion to the overall bid.”
The successful event was sponsored by Renfrewshire Council, West College Scotland, Renfrewshire Sports Network, and SportScotland.