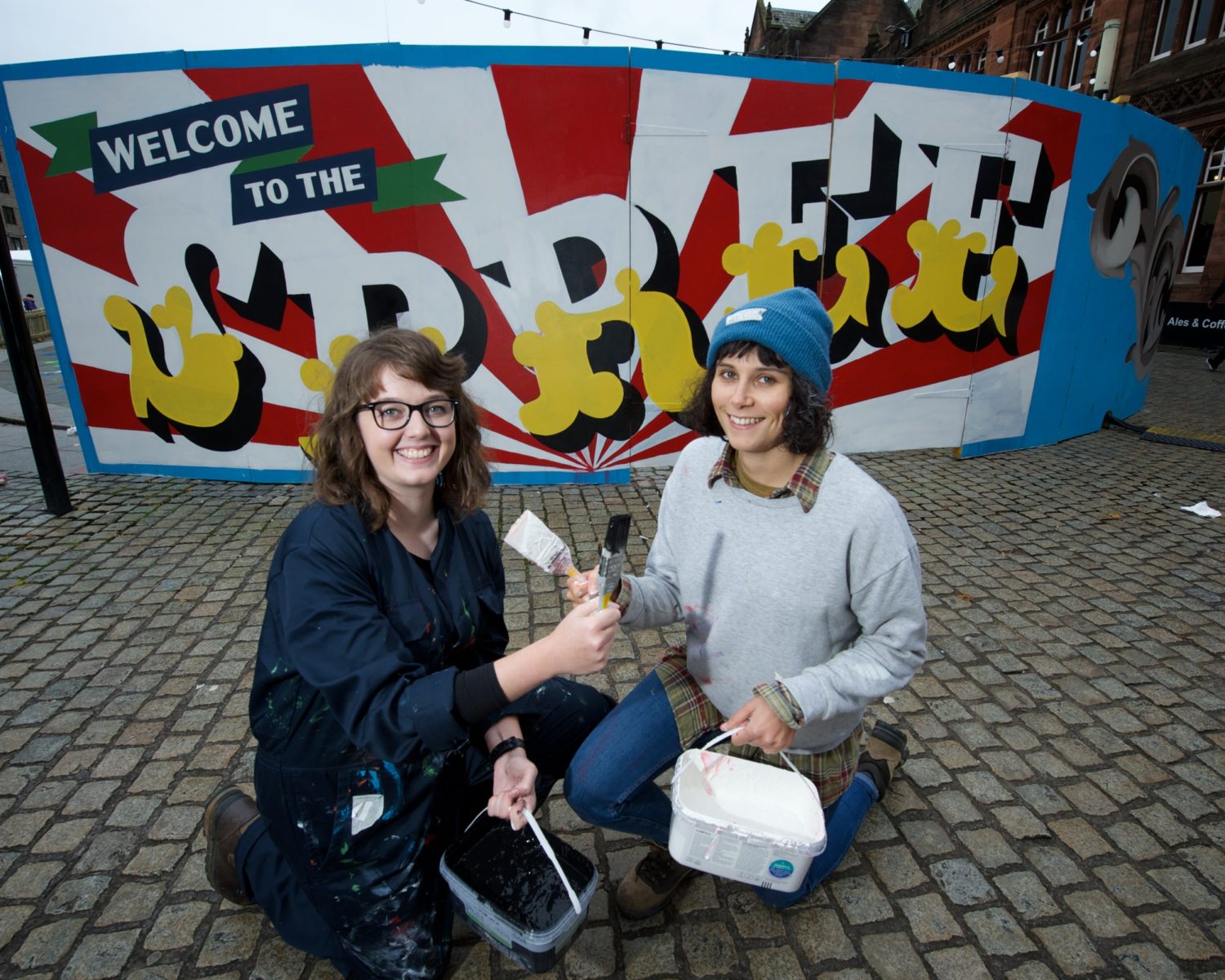 Local artists are putting their own stamp on the Spree Festival with a project to decorate the famous Spiegeltent venue.

Sign writers and a graffiti artist are working on a series of hoardings at County Square. Rachel Millar, whose signage work has been championed by Paisley star Paolo Nutini , says  it’s one of the biggest scale projects she’s ever worked on.

Rachel, who also created one of the art works which fronted the official documents for the Paisley 2021 UK City of Culture bid, said: “We’ve made great progress.

“The sheer scale of it was quite hard and it was tricky to put up the big massive bits of paper but we hope people will love the end result.” 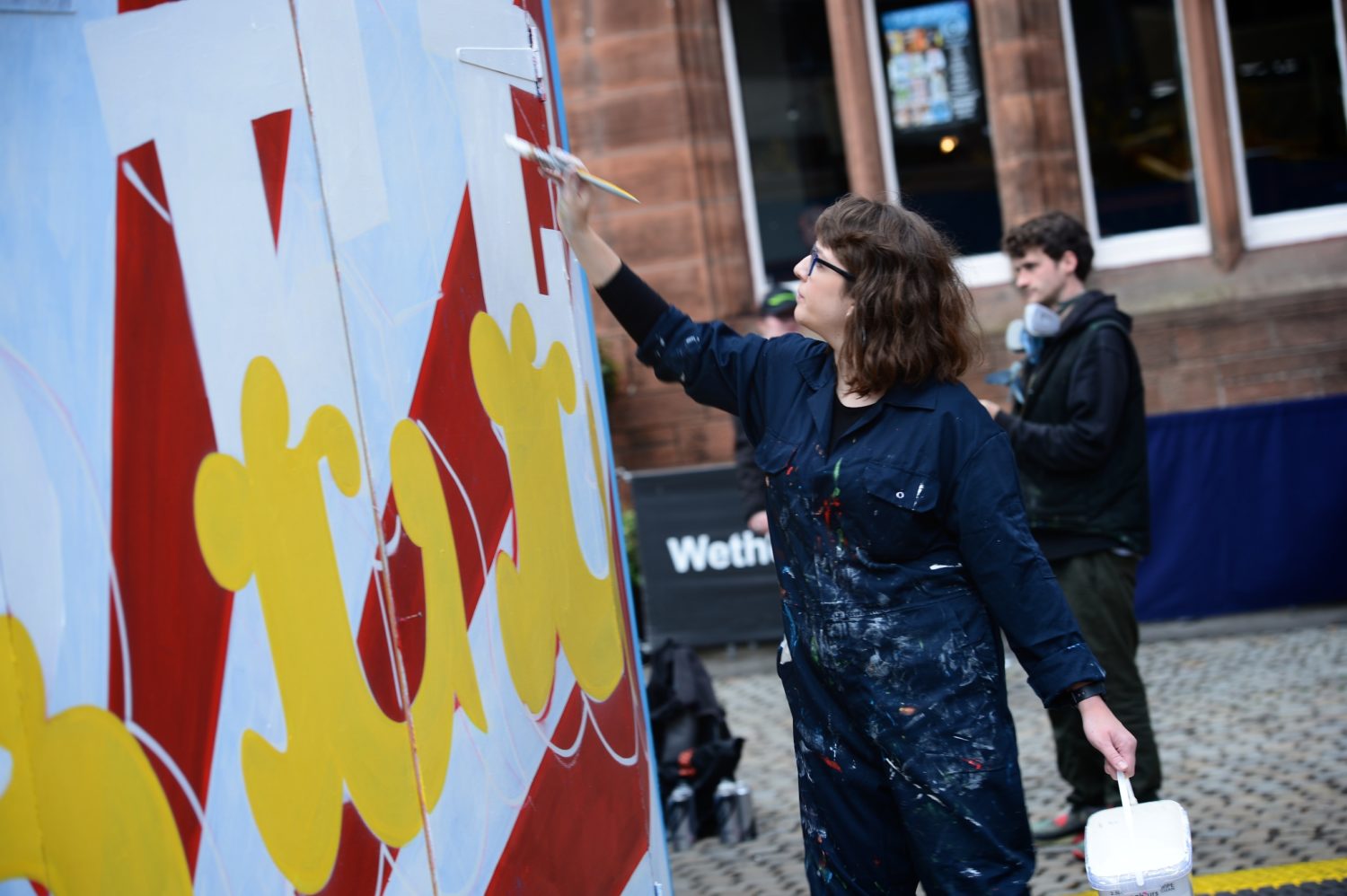 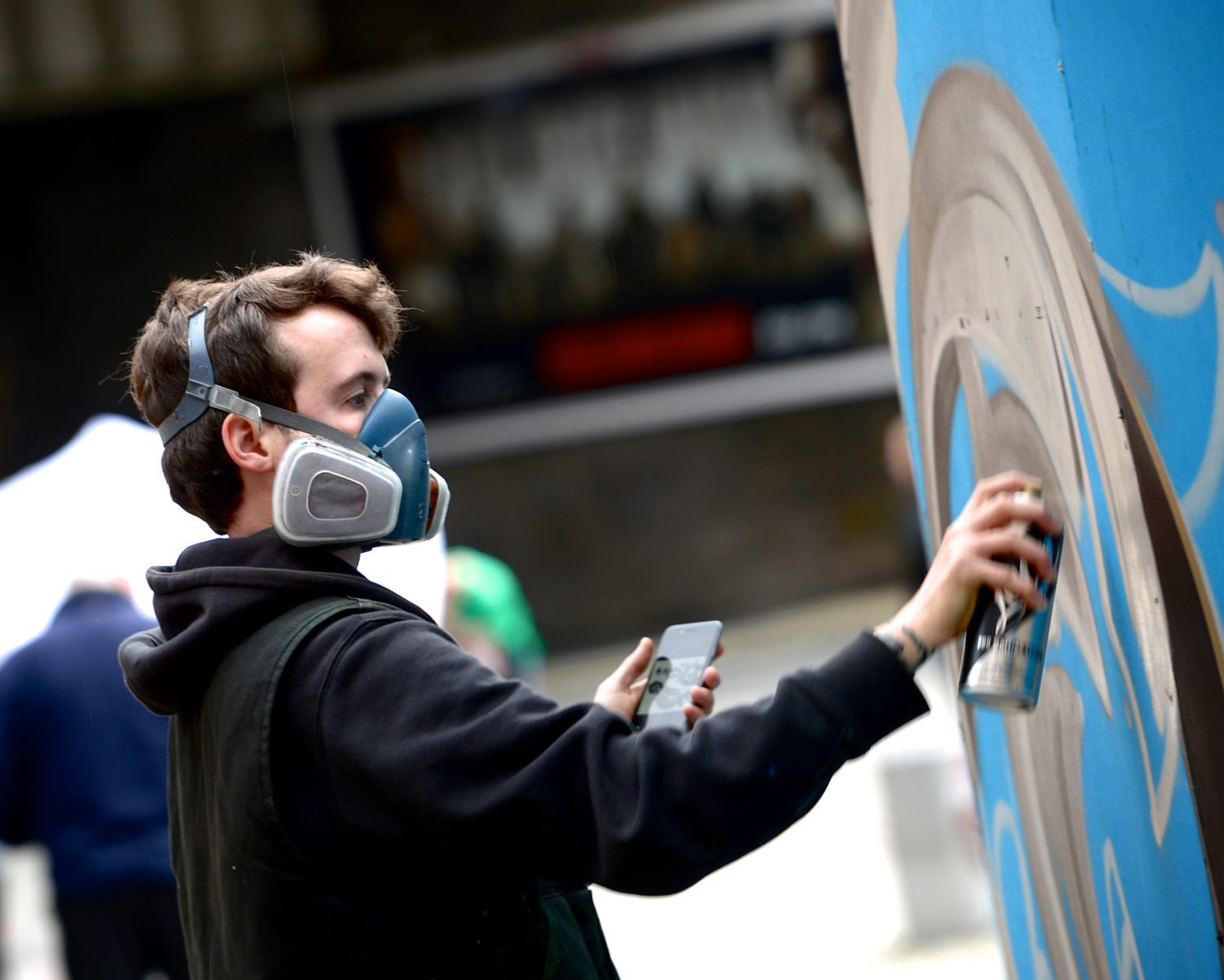 This year’s artwork was inspired by circus poster from the 1920s and 1930s and the baroque artwork of the wood and canvas Spiegeltent itself.

Festival goers are being greeted by a seven metre sign reading  ‘Welcome to the Spree’ with another massive hoarding is covered in slogans.

Rachel is assisted by fellow sign writers Karina Duncan and Ciaran Globel, while graffiti artist Mark Worst is also decorating another of the hoardings in his signature style.

The artists created the works to mark Paisley’s national festival, which runs until Tuesday October 24.

It takes place as part of the push for the town’s bid to be named the UK City of Culture 2021.

This year features some of the biggest names in the Scottish worlds of entertainment, music and comedy, including a sold-out homecoming show from Paolo Nutini at Paisley Abbey on Friday.

Other acts on the bill include James Grant at Paisley Abbey and singer songwriter Dougie MacLean.

Paisley 2021 Bid Director Jean Cameron said: “It’s wonderful to attract such big names from the national stage to the Spree Festival  as we bid to be UK City of Culture 2021 but it’s also important to give a platform to local artists and creatives too.”

The Spree is taking place in partnership with local bar Burger and Keg and Fosters, who will be programming additional acts in the Burger and Keg Live Tent in Abbey Close during the festival. More info can be found at burgerandkeg.co.uk.

The Changing Face of Business Finance
Scroll to top