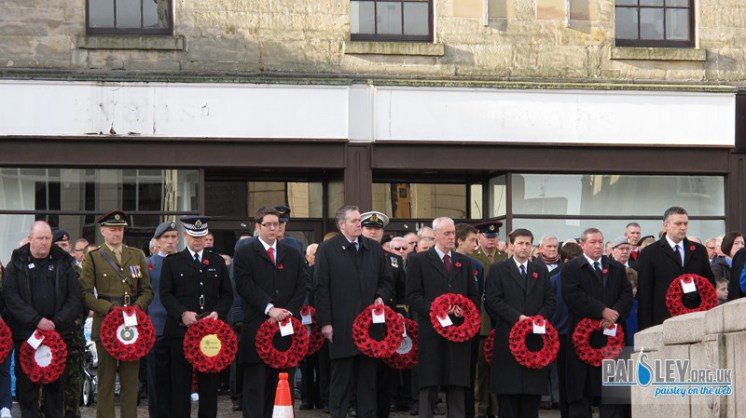 Paisley Community Trust, a Registered Scottish Charitable Incorporated Organisation, have partnered with Paisley Development Trust to announce plans to include a new memorial garden on the proposed site for PCT’s Performing Arts and Film Theatre. The memorial garden will be dedicated to the 71 victims and their families of the 1929 Glen Cinema disaster in Paisley. Following on from last week’s news that Paisley Community Trust’s preferred site for its proposed new Performing Arts Venue was the former Arnott’s car park, Paisley Community Trust wished to reveal some additional information on its intentions to transform the site into a new Cultural & Creative quarter for the town. As part of the extensive planning and designing undertaken by award winning Architects Stallan Brand, PCT wanted to ensure that Paisley’s history and heritage in film was remembered and included in the new transformational plans.

On the 31st December 1929, Paisley families were hit with tragedy when 71 lives, mostly children, were lost in the Glen Cinema Disaster. During a children’s matinee, a freshly shown film reel was put back in its metal canister, in the spool room, where it began to issue thick black smoke. There was no fire. The smoke filled the auditorium containing approximately one thousand children at the time. As panic set in, children fled the building to safety. However, the escape door to Dyers Wynd was padlocked and 71 children sadly died in the crush. It was the worst cinema disaster in British history.

Paisley Development Trust, the organisation behind several prominent regeneration projects in Paisley, including the successful transformation of The Russell Institute Building, hold an annual memorial each year at The Cenotaph, Paisley Cross to remember the dead of the Glen Cinema Disaster.

Whilst the Cenotaph was created to remember the town’s war dead, both Trusts have partnered to create something more fitting and significant in the town. It is also intended that the new memorial garden will feature a commissioned sculptural statue to embody the innocence of children and the hope and inspiration that the arts and film can provide to their futures. Once built, the annual Hogmanay Memorial will take place at this new location.

“We were approached by Paisley Community Trust to review their vision for a new Performing Arts and Film Theatre – we were amazed with what we saw. However, they wanted to share an idea they had to create something extra special for the town. When they told us they wanted to create a memorial garden and dedicate it to the children of the Glen we were delighted. It is such a beautiful and fitting way to create something in the town dedicated to the Glen. We are moved by the sensitive consideration Paisley Community Trust have shown in their plans.”

“The Glen Cinema disaster is a tragic event in Paisley’s history. As a community trust we were very conscious of the potential sensitivities involved in bringing cinema back to the town centre. We wanted to do something extra as a community to remember those young lives lost on what should have been a great day out to the movies. When we looked at the scale of our preferred site, the concept of creating a memorial garden was born. We were delighted with the positive reception we received when we approached Marie, Tony and the team. We look forward to working in collaboration with them to create a beautiful and fitting tribute.”

Paisley Community Trust will unveil its full plans to the public from 12pm on Friday 29th September until 5pm on Saturday 30th September  at the Piazza Paisley. All are welcome to come along to the Piazza to review the plans and meet with the team behind the project.