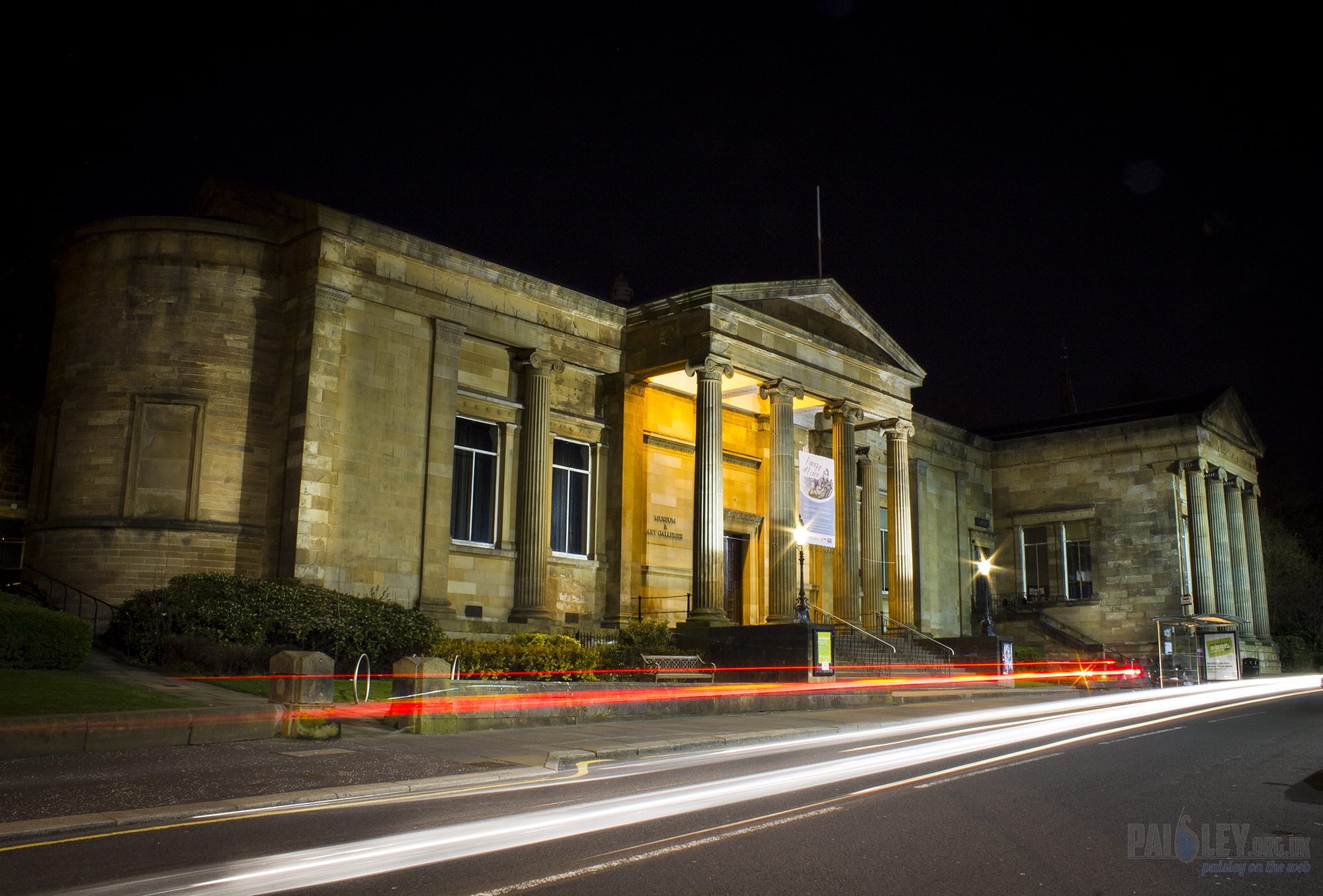 Ambitious plans to transform Paisley Museum into a world-class destination based around the town’s unique heritage and textile story are in line for a £4.9m National Lottery grant.

Renfrewshire Council this year set aside £24.1m towards the proposed £42m revamp – and the news the Heritage Lottery Fund (HLF) have now earmarked funding is a massive boost allowing the project to move forward.

The museum plans are taking place as part of a wider drive to transform Paisley’s future through investment in heritage and culture, which includes a bid to be UK City of Culture 2021, due to be submitted to the UK Government on Friday.

They aim to reconnect the globally-recognised Paisley Pattern with the town that gave it its name, while creating a tourist attraction of national importance, driving footfall into the town centre.

It is also expected to support 138 jobs during the construction phase, and the equivalent of 42 new permanent jobs after that through increased visitor spend.

The plans are for an extension to the current Victorian-era building housing a cafe and shop, improvements to all four museum buildings including the Coats Observatory, changes to physical access, and an internal redesign which will double the number of objects on public display.

The museum plans are part of a wider investment in Paisley’s cultural infrastructure already under way with a publicly-accessible museum store to open later this year in a vacant basement on the town’s High Street, and a new learning and cultural hub to be built close by.

Council bosses have already had positive discussions with a number of other funders about meeting the rest of the cost. Today’s news means staff recruitment can start and the appointment of architects and exhibition design teams can take place next year.

The £4.9m funding will be confirmed once a successful stage two application is lodged with HLF. The new museum is expected to open in 2022, but it is planned the project will play a part in any UK City of Culture 2021 year.

Renfrewshire Council leader Iain Nicolson said: “This is a wonderful piece of news from HLF and couldn’t have come at a better time, with our bid to be UK City of Culture 2021 being lodged this week.

“The museum plans are central to our wider vision to transform the town’s future by harnessing the power of Paisley’s internationally-significant heritage and cultural story.

“We know the town centre has its challenges but the way people shop has changed forever – so we have to create new life and new footfall by finding new ways to bring people into the town.

“Paisley can do that by making the most of the unique selling point that is our heritage and textile story – and the museum revamp, along with the museum store due to open this year and the new library will drive new footfall to our high street.

“The town has some amazing items in its collection – but the current building needs revamped in order to get them out on display and to fully tell the story of how this town was once at the centre of a global industry.

“These projects are all part of a wider vision with the UK City of Culture bid at its heart – should we be announced at the winner of that title in December it will take the work we are doing to a totally new level.”

Seona Reid, deputy chair of HLF and chair of the Scotland Committee, said: “I know how much this project means to Paisley and its people. It’s vital to the great strides that are being made in revitalising the town, using its history and industrial heritage as the building blocks.

“I am delighted that thanks to players of the National Lottery, we are able to give our initial support to a project which will transform the museum and give Paisley’s internationally-important textiles and other collections the prominence they deserve.”

Paisley is the only Scottish place on the UK City of Culture shortlist and is joined by Coventry, Stoke, Sunderland and Swansea, with the winner to be announced in December.

Glasgow News? Daily Updates part of our network
Paisley invites you to help send off UK City of Culture 2021 bid