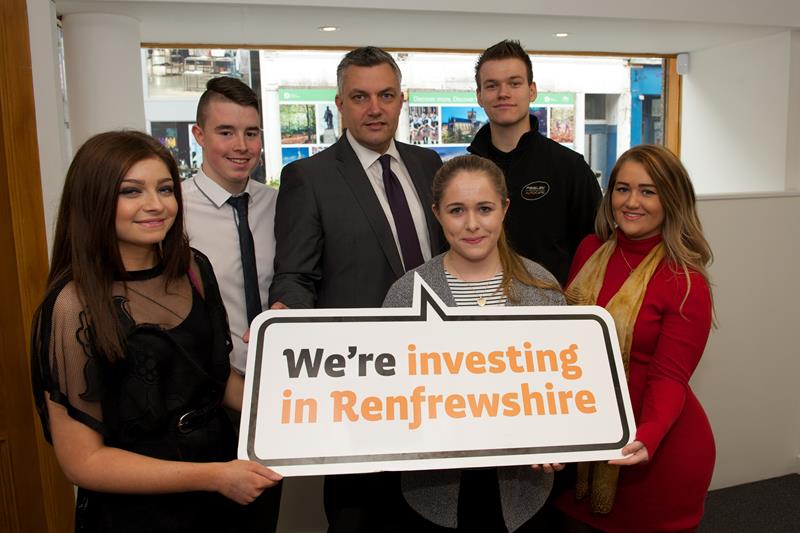 Renfrewshire Council Leader, Mark Macmillan, has warned that the Scottish Government’s decision to put on hold funding for a vital youth employment programme will ‘jeopardise the future of many young people in Renfrewshire.’

Councillor Macmillan has written to Roseanna Cunningham Cabinet Secretary for Fair Work, Skills and Training, to demand an end to the uncertainty of the future of Scottish Employer Recruitment Incentive Funding. Local Authorities were notified on 1 December that the Scottish Government was pausing funding and would update council in the New Year.Renfrewshire, along with other Scottish councils, has heard nothing further and Councillor Macmillan says it is now time to end the ‘dangerous uncertainty’ that the decision is causing.

“Renfrewshire Council has stepped into honour existing commitments to employers and young people. We shouldn’t have to do that indefinitely and we can’t plan to help young people on that basis.

“Renfrewshire Council has demonstrated that, with the right commitment and the right policies, we can reach a level approaching full youth employment.

“Thanks to the commitment and cooperation of our young people, businesses and the council’s Invest in Renfrewshire programme, JSA unemployment in Renfrewshire has been reduced from 10.5% to 1.9% in three years.”