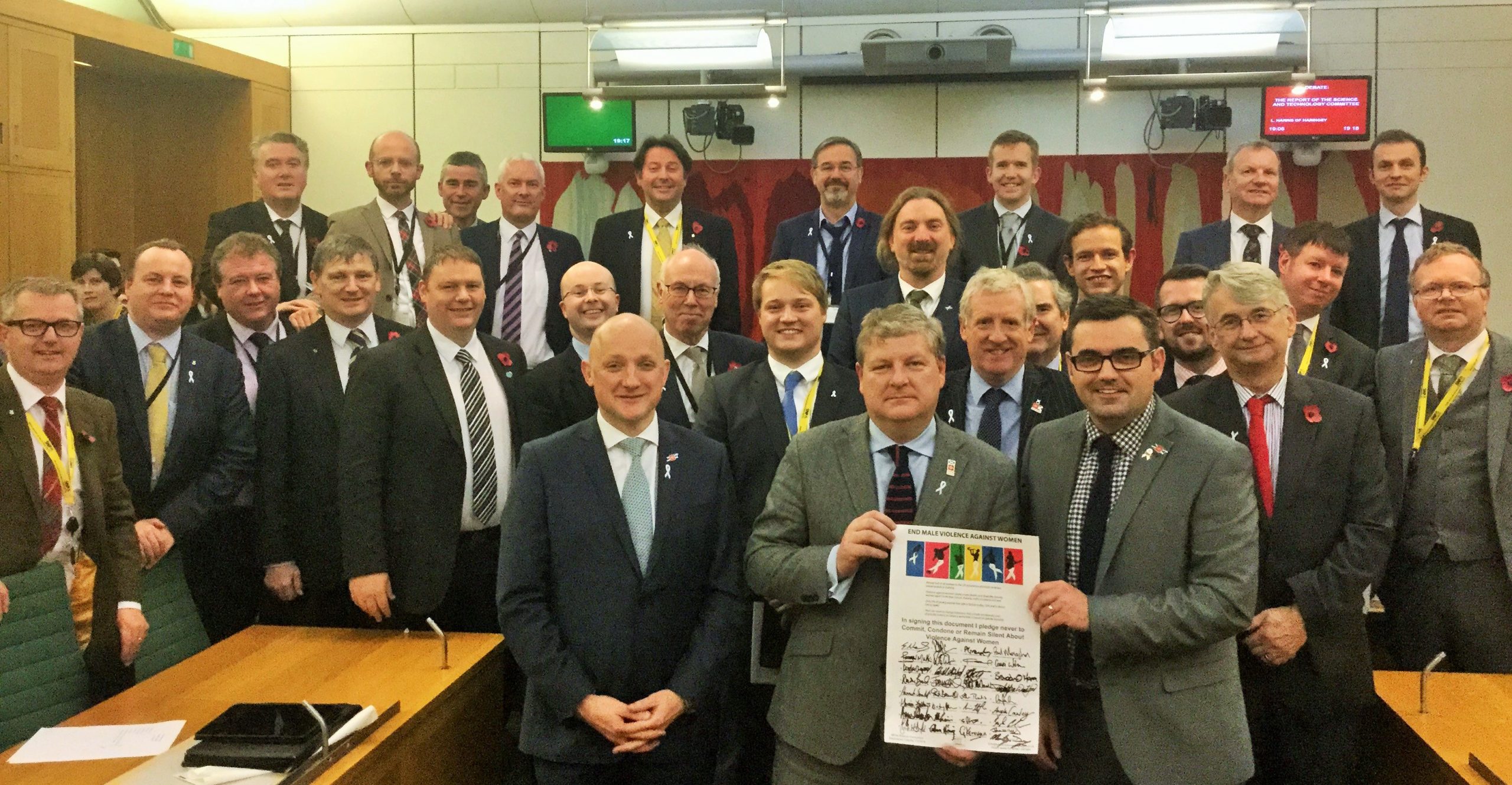 Gavin Newlands, the MP for Paisley and Renfrewshire North, joined MPs in the House of Commons to celebrate the 10th anniversary of the White Ribbon campaign to end violence against women.

The Renfrewshire MP, who is a White Ribbon Ambassador, spoke at the parliamentary reception alongside former England footballer Paul Elliot CBE. The SNP Westminster group also signed the White Ribbon campaign pledge to ‘never commit, condone or remain silent about violence against women’.

White Ribbon the largest international effort – with campaigns in over 55 countries – for men who wish to play their part in ending violence against women across the world. White Ribbon engages both men and boys in taking action of these acts of violence by raising awareness, promoting discussion and providing information and resources to support personal and collective action among men.

“If we, as a nation, are to eliminate the scourge of violence against women from our society it is essential that men are a vocal part of the campaign – pledging to never commit, condone or remain silent about these unacceptable and abhorrent acts of violence.

“That is why the international White Ribbon campaign is so vital in this battle against violence inflicted upon women – because men must take responsibility and take personal and collective action to put an end to gender-based violence, in all its forms, once and for all. I am proud to be a White Ribbon ambassador and part of this great endeavour.”

“While we are delighted to have expanded over the last 10 years, we are still a small organisation.

“We call on all men, and particularly all men in leadership positions to sign the White Ribbon pledge to ever commit, excuse or remain silent about violence against women.

“We need to involve our relatives, friends and work colleagues in speaking about male violence and challenging negative gender stereotypes which underpin abuse. We can create a world of respectful and equal relationships.”

Glasgow News? Daily Updates part of our network
Intu The Big Switch On