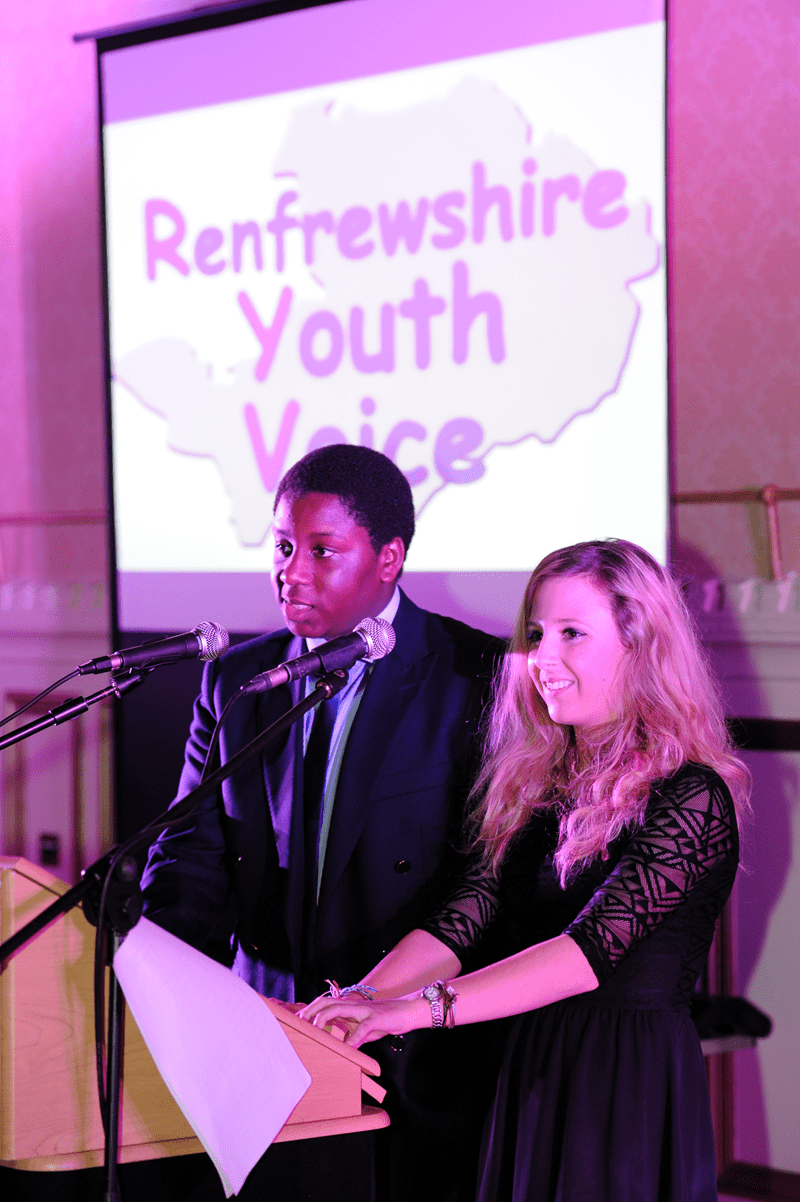 Two young people who tragically lost their lives last year will be remembered at a popular youth awards ceremony.

Eilish Herron and Ferran Hart, award winners in 2013 and 2014, will have the awards they won named in their honour.

Positive About Youth celebrates the outstanding work and achievement of young people in Renfrewshire and is organised by Renfrewshire Youth Voice – a Renfrewshire-wide youth forum – with support from Erskine Music and Media Studios and pupils from Castlehead High School, who provided sound, lighting and catering at the event.

A record-breaking two hundred young people will attend the awards ceremony for the first time since the awards began. They will be joined by their families, teachers and community support workers.

Renfrewshire Council Leader Mark Macmillan said: “Honouring the memory of two young people who helped to shape a positive image of young people in Renfrewshire is very fitting. Both Eilish and Ferran were wonderful examples of what young people can do in their communities.

“Celebrating the early achievements and encouraging our young people to be ambitious is vital. Young people in Renfrewshire have a great potential to succeed in their chosen careers and make a real different to their local community.

“Renfrewshire Council is proud to support the Positive About Youth awards, which are key to promoting positive images about our young people and supporting them to participate with the wider community.”