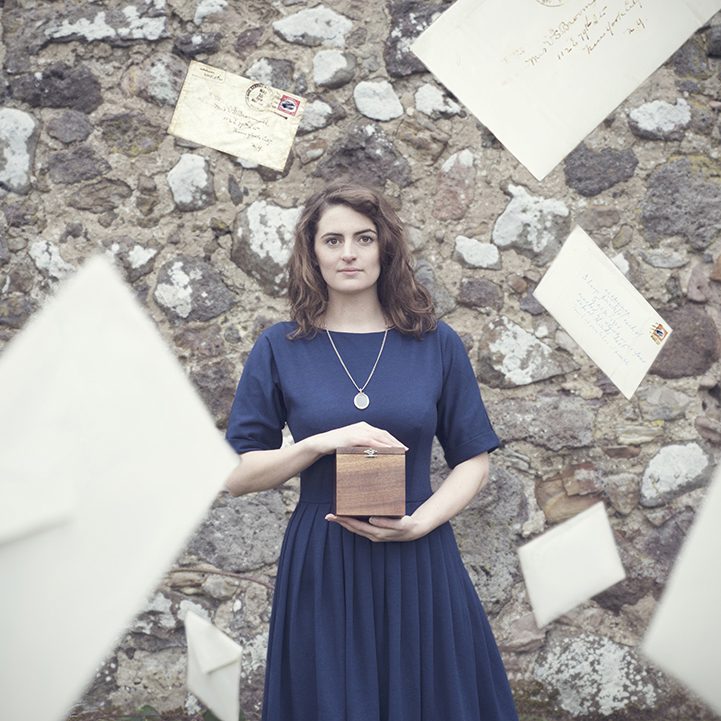 Coming soon to Paisley Arts Centre is the true and extraordinary tale of a very special box, a rediscovered First World War time capsule.  Devised and performed by Alice Mary Cooper, The Box lifts the lid on this unique treasure and finds out what was inside.

In 1921 a group of Dundee postal workers created a unique memorial to those who had died in The Great War. This casket, crammed with papers, lay forgotten for many years on a shelf in a sorting office. This is the story of what was inside. The time capsule, also known as The Memorial Shrine, was filled with photos, essays, newspapers and other objects from the time. On the front was a plaque asking that it be reopened on the hundredth anniversary of the start of The Great War. It was then slowly forgotten about, and it was only shortly before the anniversary that the box was found, on a shelf in a sorting office, by a woman tracing her family tree.

‘What first strikes you when you see the box is its size in relation to its contents.’ says show creator Alice Mary Cooper, ’ The Box is barely bigger than a few shoeboxes and yet the amount of material in there is enough to surface an apartment! Thus it’s a big job sifting through it all, with white gloves of course, and trying to make sense of the contents and start to grasp who the people were who put it all together. There are undoubtedly a lot of serious documents and letters inside but also, there are things that make me smile- like the Baby Show fundraiser they hosted where 161 babies were entered including 11 sets of twins!’

Great War Dundee have allowed Alice special access to examine the documents, and the creation of the show has been generously supported by Harlow Playhouse, Essex.

The Box will be performed on Friday 30 October at Paisley Arts Centre. Tickets are £10 (£6 conc) + bkg fee and are available from the Box Office on 0300 300 1210 or www.renfrewshireleisure.com/arts. This show is suitable for ages 12 +

Glasgow News? Daily Updates part of our network
Betting On The Scottish Premiership