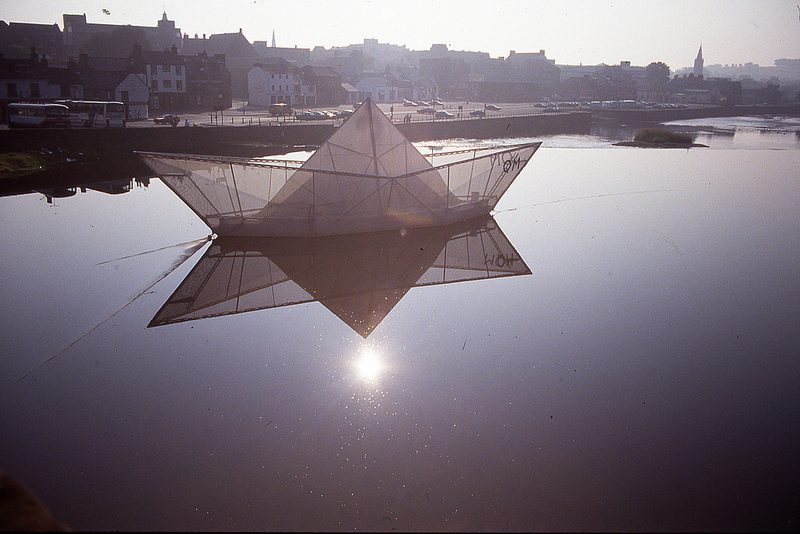 A film about the highly acclaimed artist, George Wyllie, starring Bill Paterson and directed by one of Scotland’s leading film-makers, Murray Grigor, will be screened at Paisley Arts Centre on 26 August. Murray Grigor will also be in attendance to introduce the film and for a Q&A after the screening. The film, The Why?sman: In Pursuit of the Question Mark brings together George Wyllie’s play ‘A Day Down a Goldmine’ with Bill Paterson and freely explores one of Scotland’s most popular artists, the creator of the much loved Straw Locomotive and The Paper Boat.

The award-winning director Murray Grigor has had a prestigious career in the TV and film industry, and has made over 50 films with a focus on the arts and architecture. He was director of the Edinburgh International Film Festival in the 60s, and its chairman until 1990 and was also director of Channel 4 for 4 years. He was appointed an OBE in 2012 for services to architecture and the film industry.

The Why?sman: An Exhibition celebrating the art and life of George Wyllie at Paisley Museum looks at the works of George Wyllie, including his most famous pieces and work that has not been previously been exhibited. The exhibition is FREE and runs until 13 September.