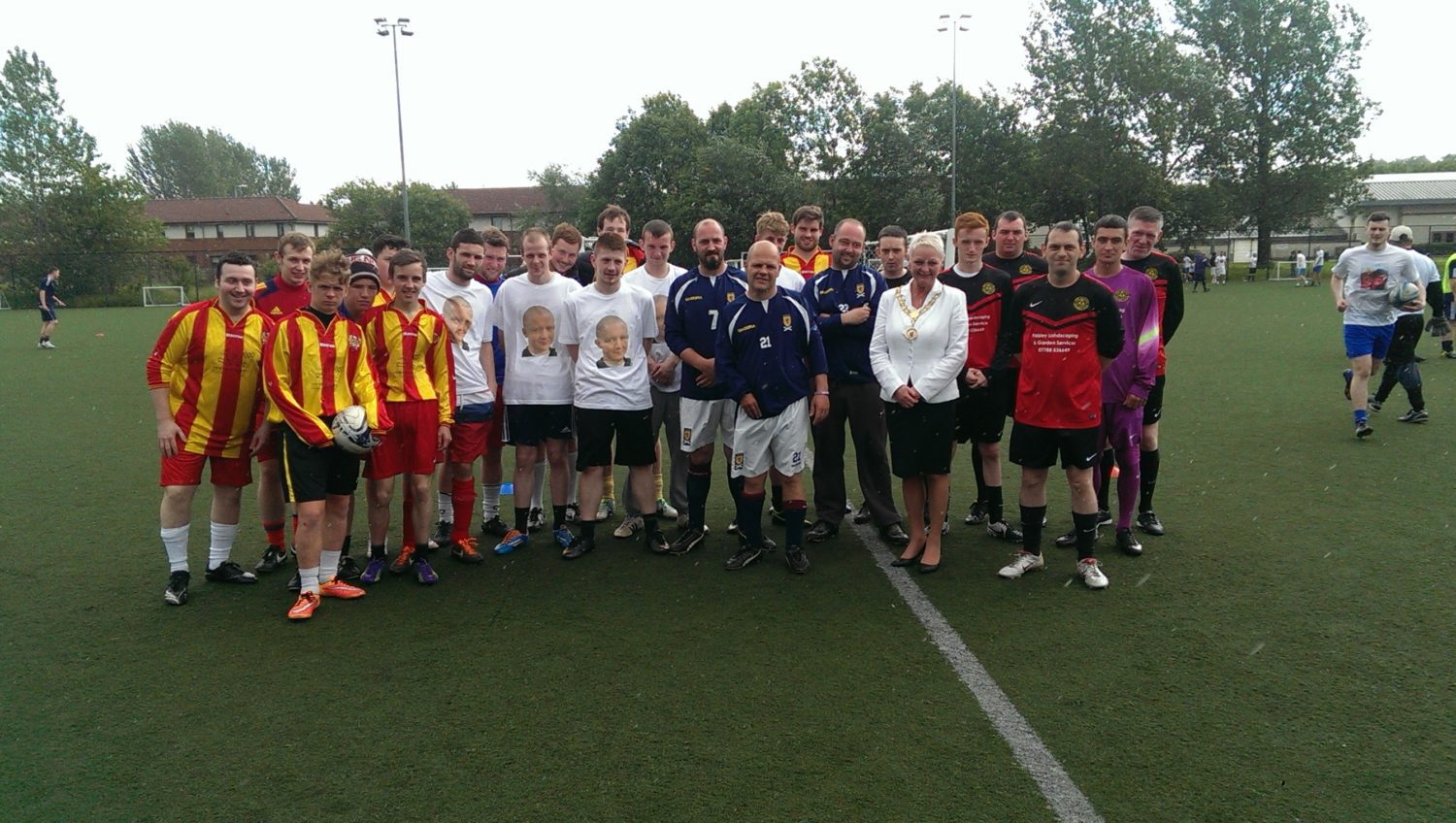 Bereaved relatives and friends turn out in their hundreds to a special memorial football tournament in Ferguslie.

Over 700 people attended the popular community event No Substitute for Life to commemorate those who have lost their lives to suicide.

Twelve teams took part in the seven-a-side football tournament with Lucy’s Angels winning the match for a second year in a row.

Football wasn’t the only thing on offer – friends and family were able to get information and meet representatives from a range of local and national agencies that are working together to help prevent suicide in Scotland.

People also had the opportunity to write a message on a purple heart and put it on the SOBS memorial tree in the Tannahill Centre.

The event was attended by Renfrewshire’s Provost Anne Hall, who opened the event, and Paul Cardona, whose personal experiences led him to develop the event for the community.

At the end of the event a hundred balloons were released into the air in remembrance for those who had lost their lives to suicide.

Provost Hall said: “No Substitute for Life is a treasured event for the community given so many people an opportunity to talk about their loss with others. Breaking this isolation is key for anyone affected by suicide, but it also helps to prevent people taking their own lives.

“Men are still twice as likely to lose their lives to suicide, so a game of football is a great way to get together and help spread awareness that talking about suicide does help save lives.”

For more information on suicide prevention, call 0141 849 2200, or emailElizabeth.aitken@renfrewshire.gov.uk.