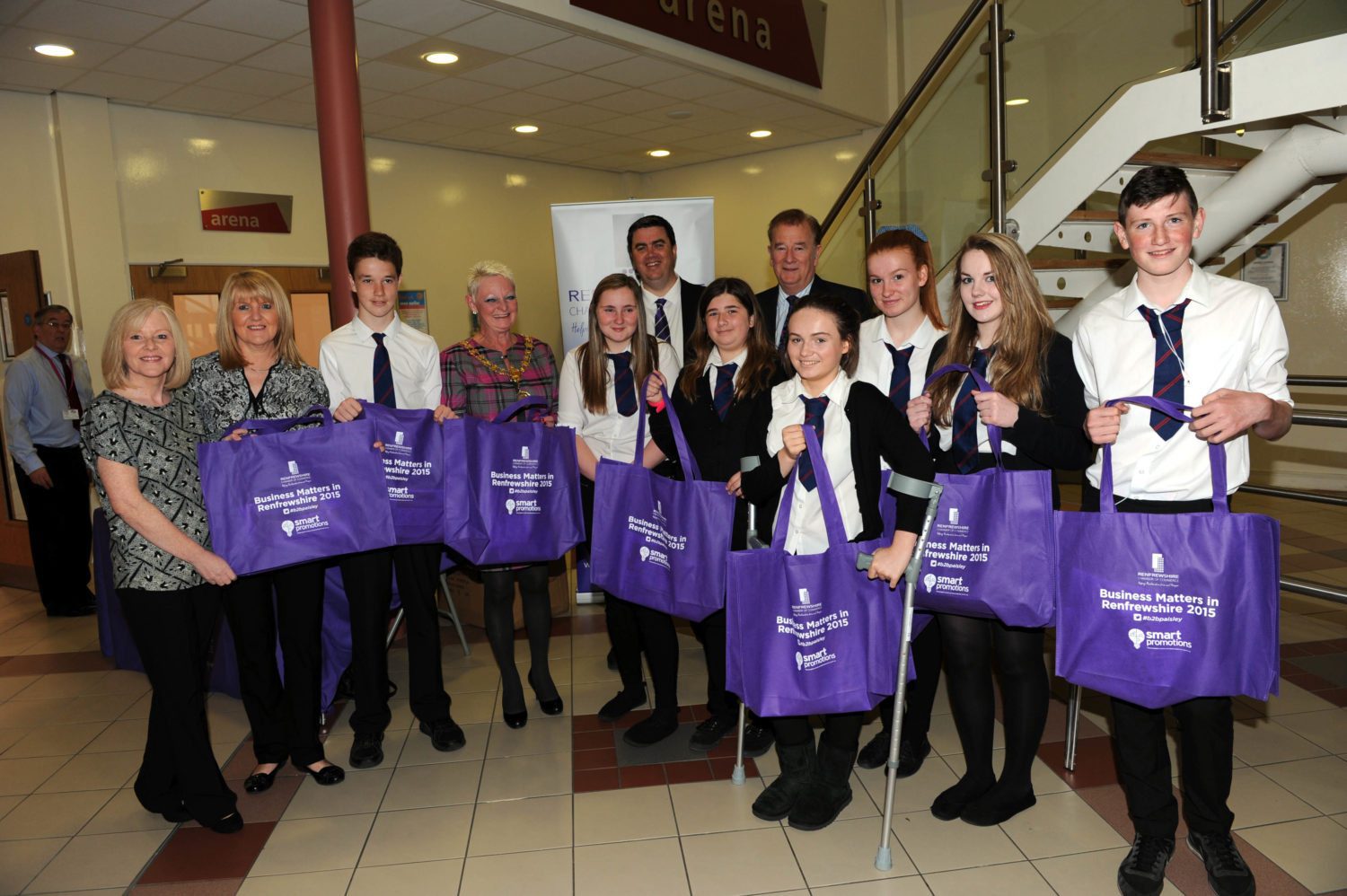 The event saw Provost Hall earning the living wage by greeting guests and helping businesses with their exhibitions and seminars.

The Chamber donated £500 to the Provost’s charity fundraising scheme, which will be shared equally among the four charities – Renfrewshire Carers’ Centre, RAMH (Recovery Across Mental Health) and two hospices – Accord and St Vincent’s.

Provost Hall said, “When the Chamber of Commerce challenged me to work at their Business Matters event, I was delighted. The business community in Renfrewshire is really vibrant and it was great to meet so many local business people.

“Among the businesses and entrepreneurs at the event were two of my chosen charities – Accord and St Vincent’s Hospices. I was also thrilled to chat to local pupils from Gryffe High School who enjoyed being part of the event. 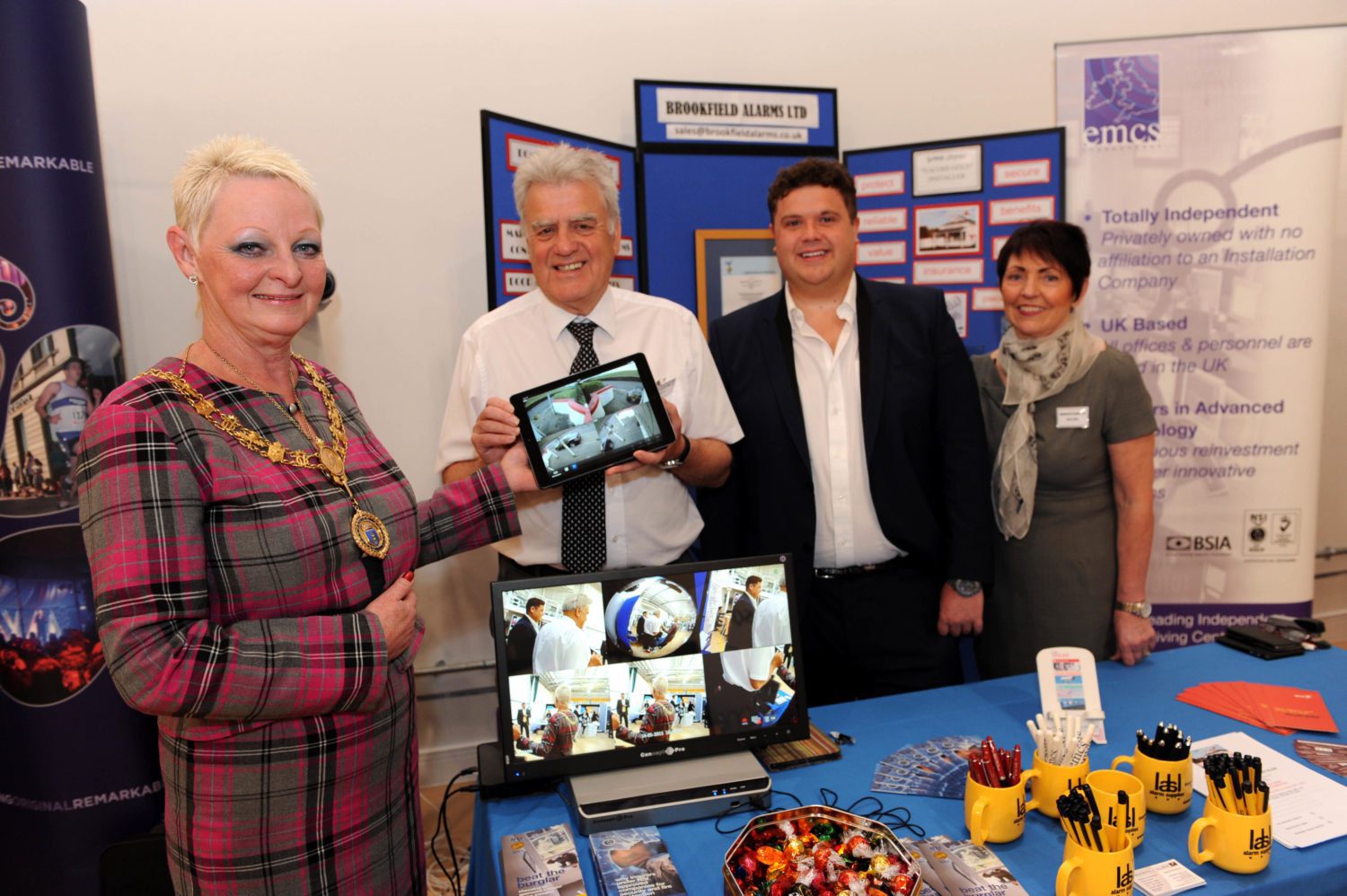 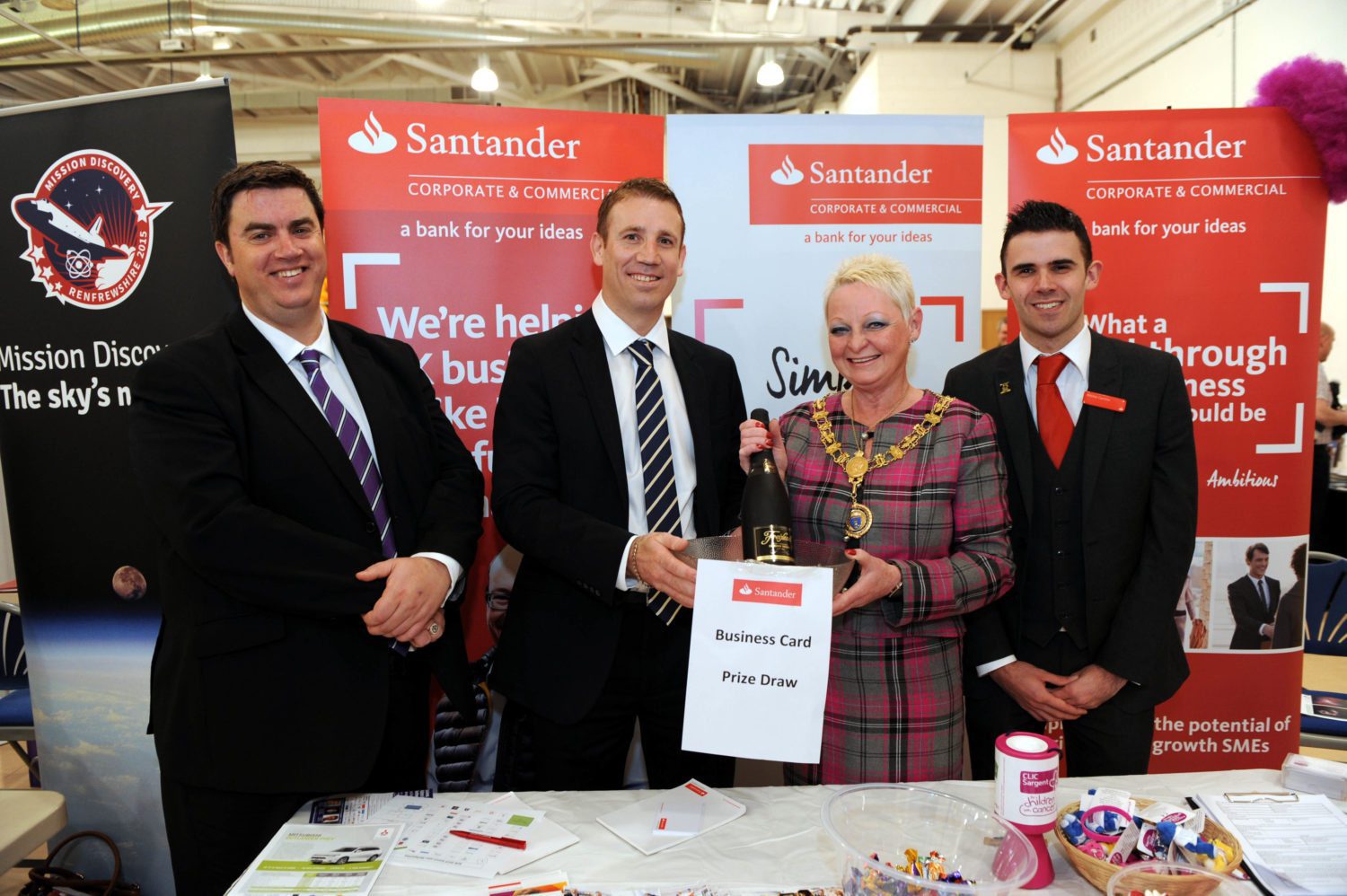 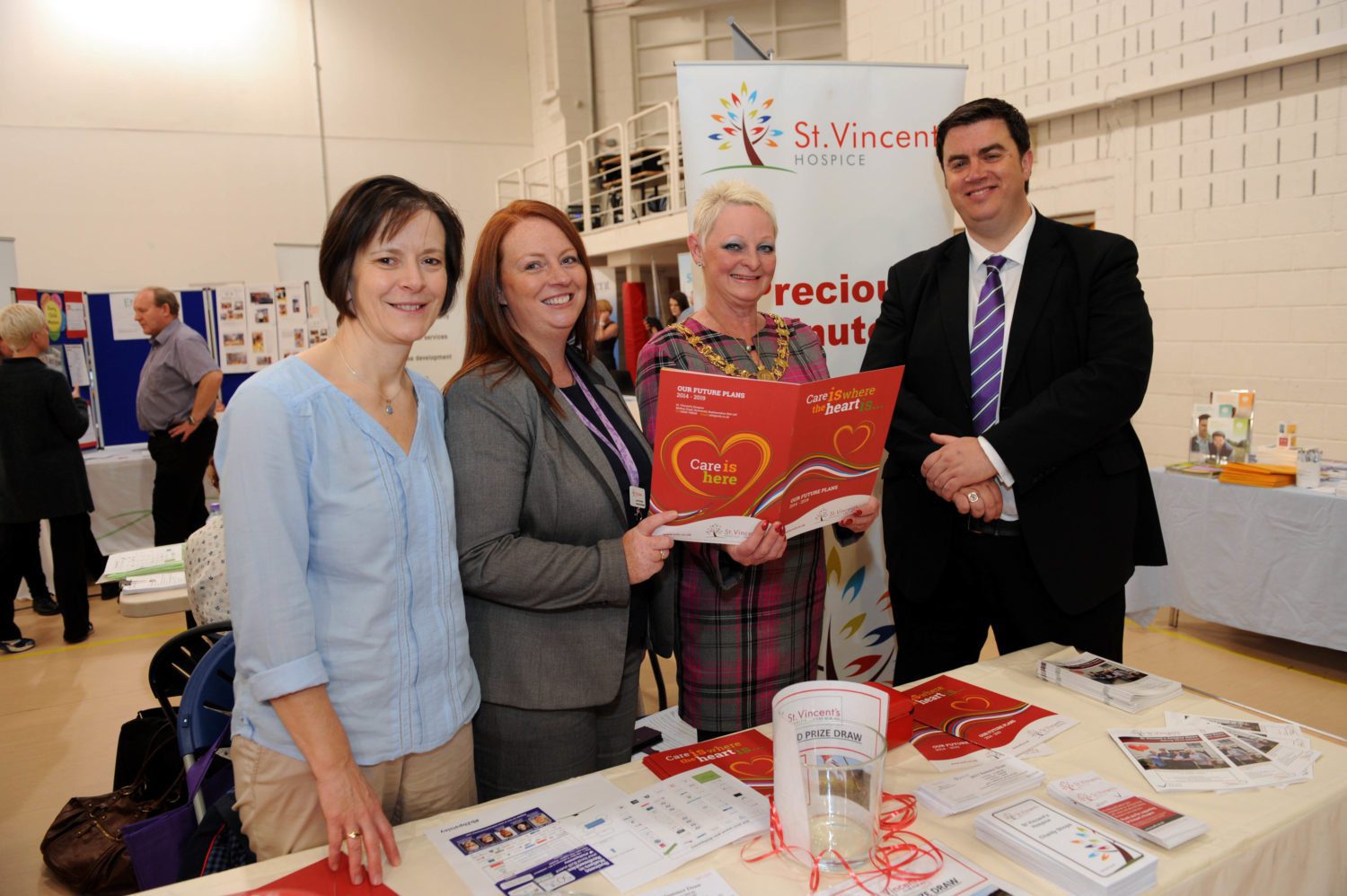 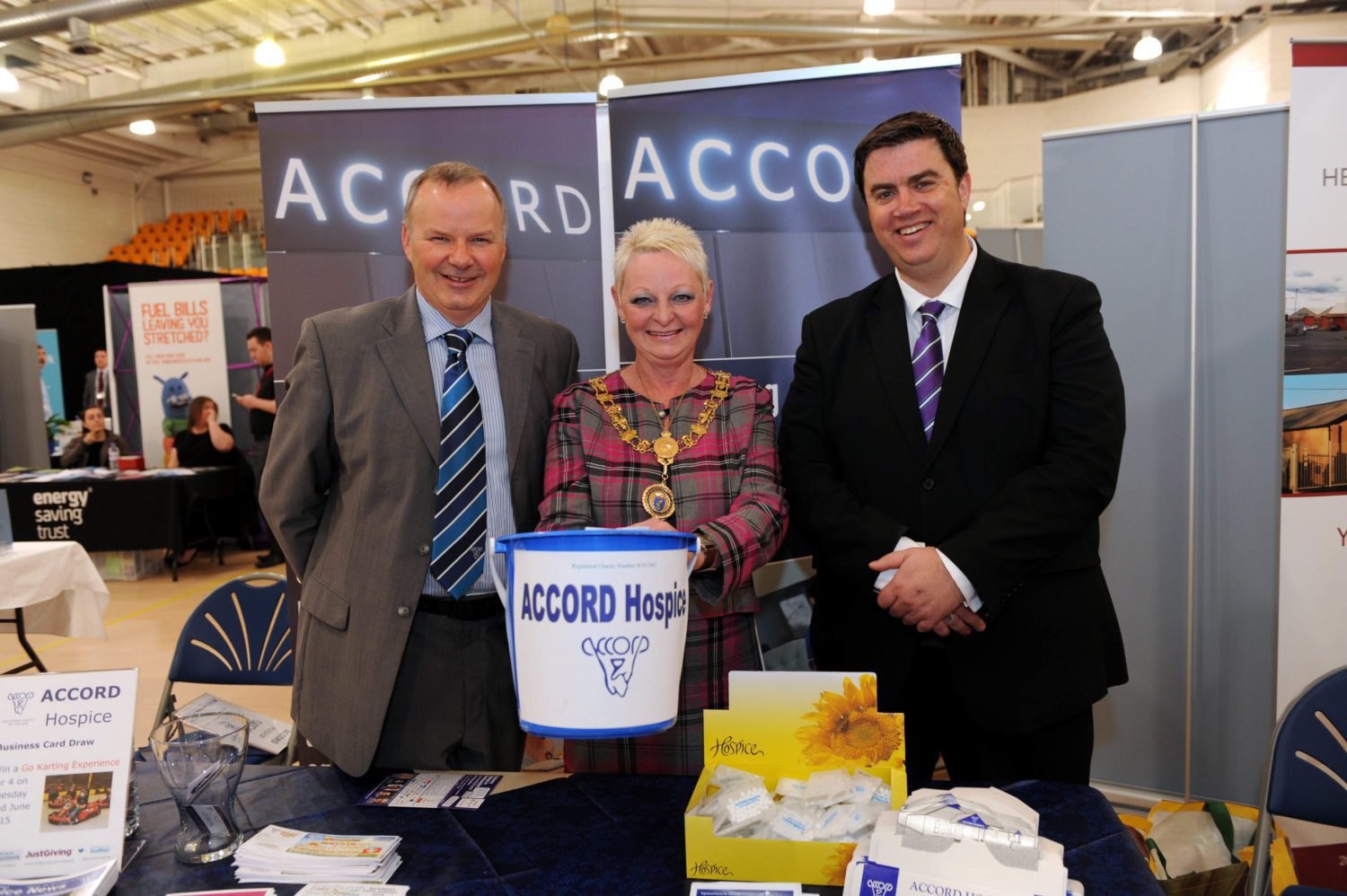 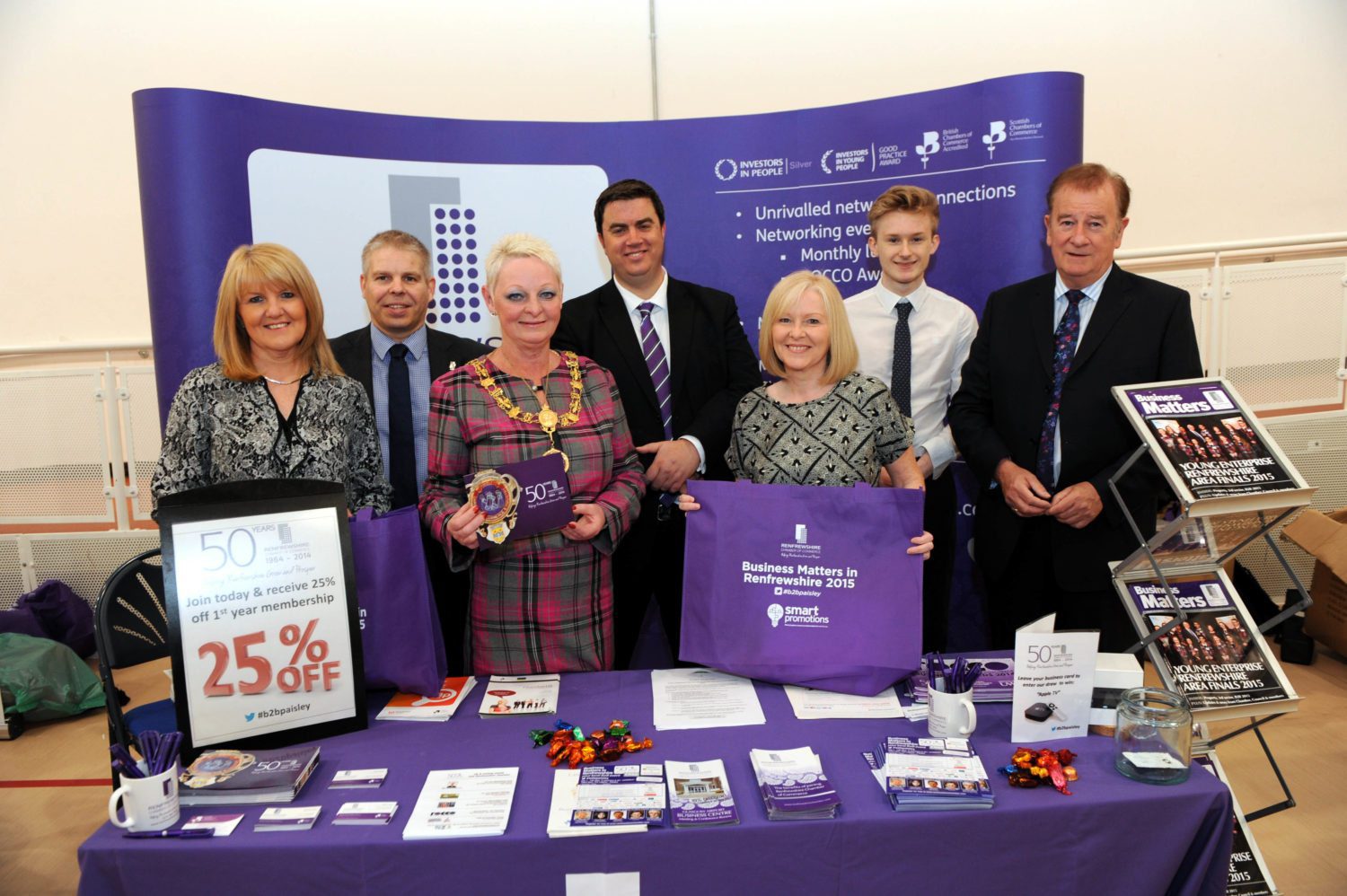 “The money raised by the working challenge will provide vital funds for my four chosen charities, which will be split equally between the organisations. People can support the scheme by making a donation to my charity fund. Details of how to donate are available atwww.renfrewshire.gov.uk/provostcharity.”

Bob Davidson, Chief Executive of Renfrewshire’s Chamber of Commerce, said: “The Chamber was delighted to offer the Provost the opportunity to work for a day at our B2B event. The Provost helped make our day at the Lagoon a success by greeting delegates, manning the Chamber stand and engaging with the 70 exhibitors”.

For more information on the Provost’s chosen charities visitwww.renfrewshire.gov.uk/provostcharity.