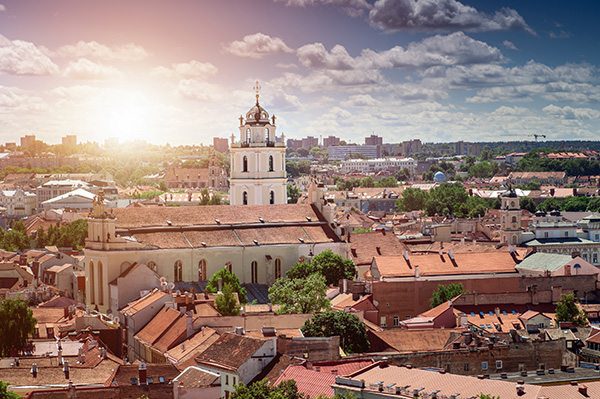 Wizz Air, the largest low-cost airline in Central and Eastern Europe, has announced it is to introduce direct flights between Glasgow and the Lithuanian capital of Vilnius.

It will be the first time Vilnius has been served as a destination from Glasgow Airport and Wizz Air will operate a year round, twice weekly service starting on 16th September 2015.

Vilnius is the second biggest city of the Baltic states and is renowned for being home to one of the largest surviving medieval quarters in Europe. Its Old Town contains almost two thousand medieval, gothic, renaissance, and baroque buildings, and it was added to the UNESCO World Heritage list in 1994.

Wizz Air first moved to Glasgow Airport in March 2013 and the addition of Vilnius brings the total number of destinations it serves from Glasgow to seven. It currently operates services to the Polish cities of Warsaw, Poznan, Katowice and Gdansk. On 1st April 2015, Wizz Air announced it will add direct flights to the Hungarian capital of Budapest and the Polish city of Lublin.

Food festival served up alongside beer bash
Scroll to top