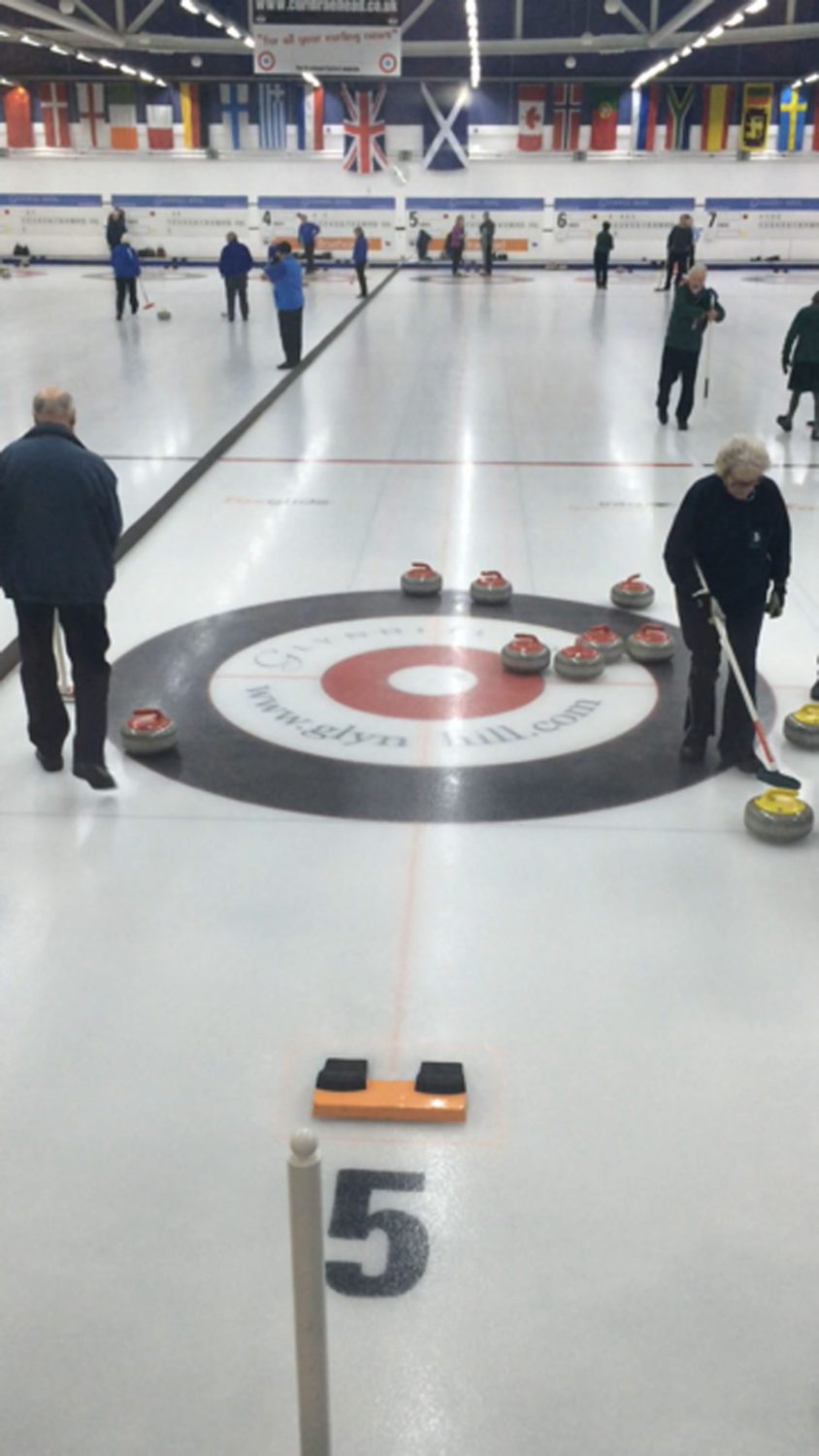 [vc_row][vc_column][vc_column_text]A TEAM of curlers led by the brother of Olympic Gold medalist, Rhona Martin is celebrating an unusual feat that’s the curling equivalent of a golfing hole-in-one.

Drew Howie, the older brother of Scots curling star Rhona, was skip of the team playing at the intu Braehead curling rink that achieved an ‘eight ender’ – a rare occurrence when all eight stones thrown by a team in a single end each score a point.

The foursome – Drew and his wife, Lorna along with Mark and Cienwen Lombardi – are members of the Minerva Curling Club and were playing in a club league match against Bill and Rosemary McKean, Maggie Bridges and Maggie Martin.

Now the team that recorded the perfect score for an end of curling is set to receive a plaque and certificates from the Royal Caledonian Curling Club in recognition of their achievement.

Drew, 52, who is a former Scottish Junior curling champion and in 1982 won bronze in the World Junior Championships, said: “Everything just fell into place during that end. I realised after our fifth stone landed in the house that the eight ender might be on.

“But you can never take anything for granted, as all it takes is for one stone from the other team to stop you.

“When I placed our final stone in the house, our opponents were very gracious and shook my hand. I almost never took the final shot out of kindness to them, but it’s a team sport and I didn’t want to let my team mates down.”

Bruce Crawford, chief executive officer of the Royal Caledonian Curling Club said: “We would like to congratulate Minerva Curling Club on their recent eight-ender at Braehead Curling.

“This great achievement is quite a rare occurrence and could be compared to a hole-in-one in golf.
“Only around ten eight-enders are reported on average each year and the RCCC presents an award to all member clubs which achieve this great feat.”

Scott Martin, general manager of intu Braehead Leisure said: “What a great achievement for Drew and his team. It’s been years since we had an eight ender here at the curling rink.

“Curling has become extremely popular in recent times, especially with newcomers to the sport who started at our Saturday Sweep curling sessions where beginners are shown how to play the game.”

Anyone interested in trying our curling at the Saturday Sweep, held at 10.45am every Saturday from now until March 21 should email david.horne@intu.co.uk or call 0141 885 4611.[/vc_column_text][/vc_column][/vc_row]