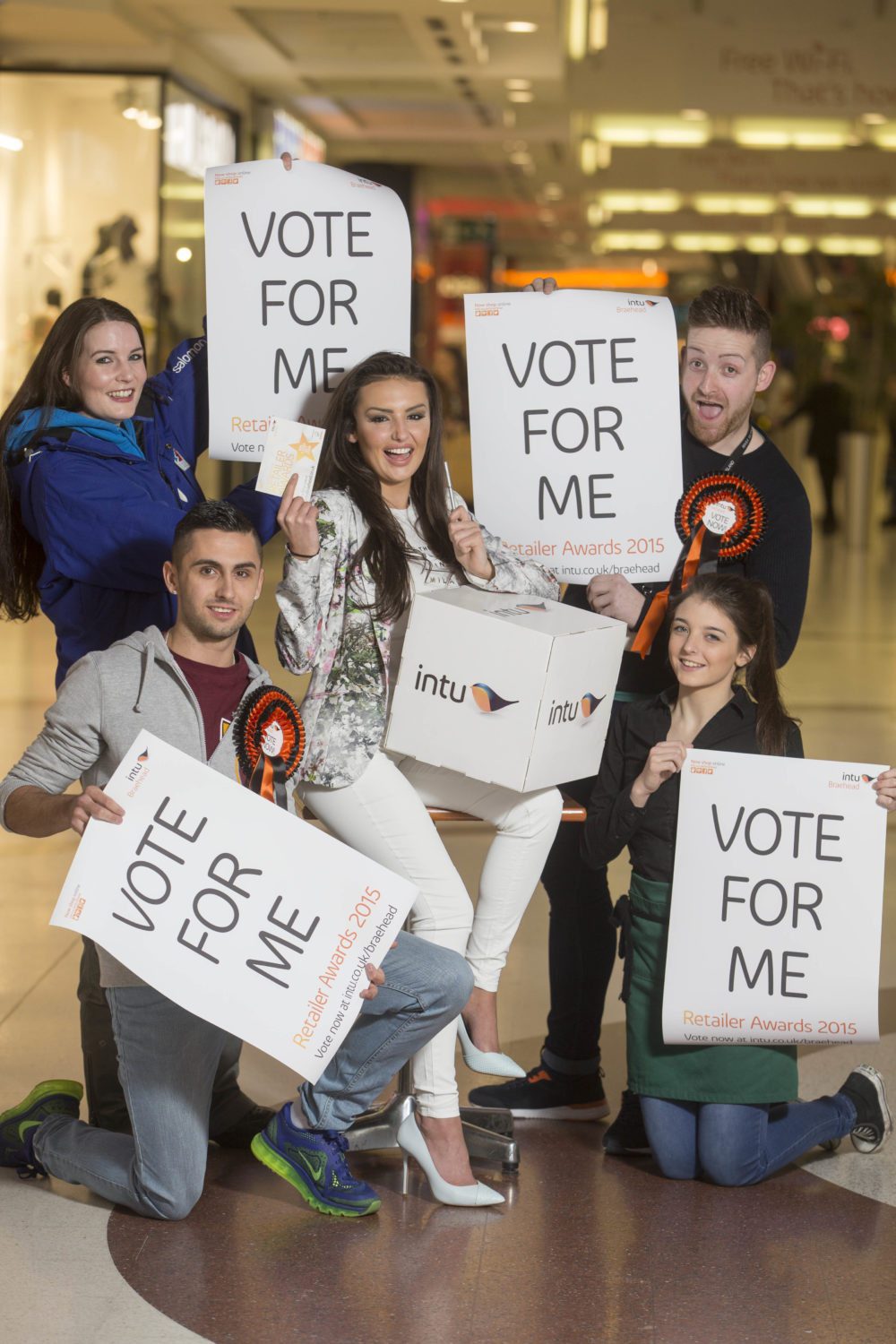 [vc_row][vc_column][vc_column_text]SHOPPERS are being urged to vote for their favourite stores in a top retail award contest.

Polling for the intu Braehead Retailer Awards 2015 started on Friday, January 16 and goes on until 5pm on Monday, February 2.

Winners of nine of the 13 categories will be decided by public vote and already shop bosses have been out in the mall putting a bit of fun into their canvassing by copying traditional political campaign tactics with placards and giant rosettes.

Thousands of shoppers are expected to vote either online, or by posting their votes in a ballot box at the mall’s Customer Services Desk for the following categories – large and small store of the year; jewellery, ladies wear, menswear, footwear and accessories stores of the year; food outlet of the year, entertainment venue of the year and excellence in customer service.

And one lucky shopper who casts their vote will win a £250 intu Braehead gift card in a prize draw.

Other categories like store development, store manager, corporate social responsibility and environmental stores of the year along with best use of marketing will be decided by intu Braehead and shop management.

More than 100 retailers from both the shopping centre and the adjacent Soar at intu Braehead leisure destination will be going for gold in this annual event. Winners will be announced at an awards ceremony on Wednesday, February 4.

Marketing manager for intu Braehead, Lydia Brown said: “We have a fantastic range of stores, restaurants and cafes in our malls and here’s a chance for the public to vote for their favourites.

“We’re encouraging retailers to go all out by hosting special Retailer Awards 2015 campaign events in their stores to win as many votes as possible.

“And of course, we want shoppers to vote either online or in the centre. If you want your favourite store to win, you’ll have to vote for them.”

To vote in the intu Braehead Retailer Awards log on to www.intu.co.uk/braehead or pick up a voting form from the Customer Services Desk in the upper mall.[/vc_column_text][/vc_column][/vc_row]