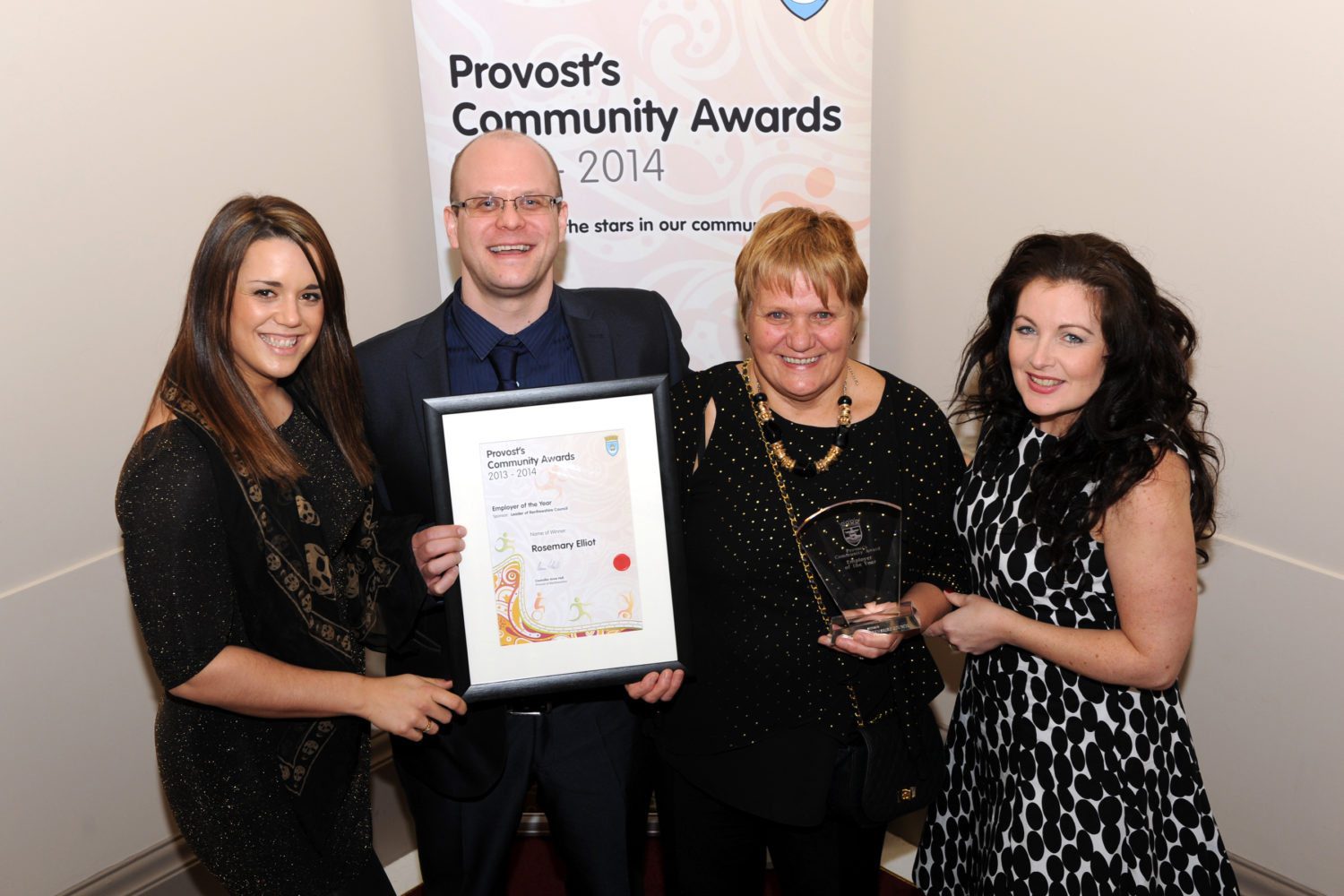 [vc_row][vc_column][vc_column_text]People who live or work in Renfrewshire have begun to nominate those special people in our communities for a Provost’s Community Award.

The awards, which opened to nominations on Monday 27 October, are a chance to recognise those people who devote much of their time to others for little or nothing in return.

Taking the time to nominate someone for an award is what Gillian McGrane and Alison Hutchison did last year.

Gillian and Alison, who work for Cairellot Nursery and Learning Centre, took just a few minutes out of their busy day to nominate their employer, Rosemary Elliot, for an award.

Little did they know then that Rosemary would go onto win the Employer of the Year award.

Gillian said “Nominating Rosie for the Employer of the Year Award was an easy decision.

“Rosie is a local mum and grandmother who has worked tirelessly for the provision of quality childcare in the village of Bishopton as well as being an advocate for the whole childcare sector.

“Most of us know someone who deserves a thank you and appreciation for what they do, day in day out without the want or wish for reward or recognition but unfortunately we are all guilty of sometimes being too busy to do something about it.

“When the leaflet advertising the Provost Awards popped through our door, we could think of no better accolade than a community award for someone who had dedicated her life to supporting the families around her.

“Rosie was thrilled and overwhelmed when our staff team told her of her nomination and win and we would encourage anyone to take a moment out of their day to say thank you to someone who has made a difference in your life or the life of your community.”

The closing date for nominations is 31 January 2015.

Winning candidates will be invited to the Provost’s Community Awards ceremony in March 2015.[/vc_column_text][/vc_column][/vc_row]