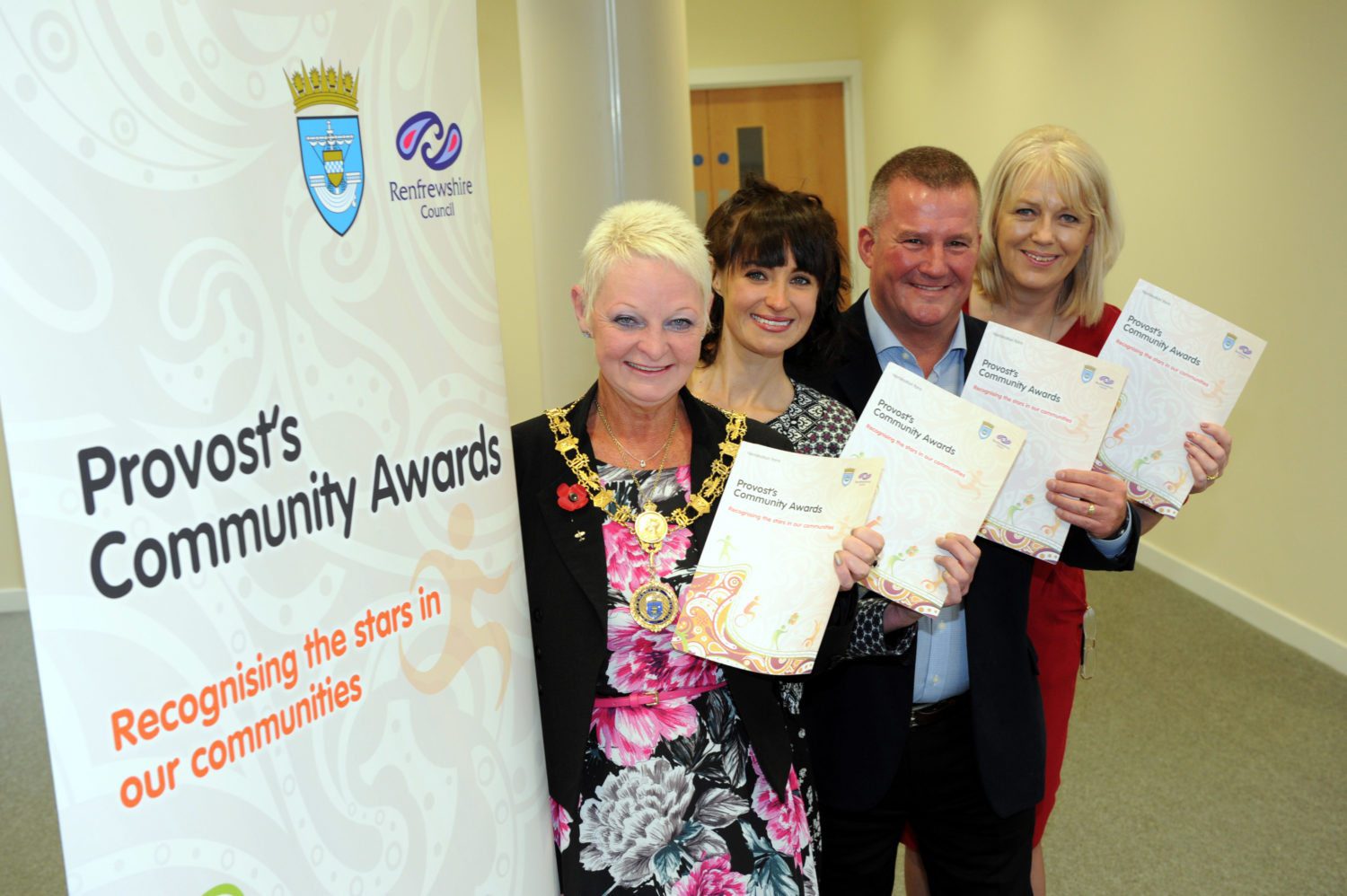 Renfrewshire’s Provost Anne Hall is calling on local people to put forward their nominations to the Provost Community Awards.

The awards, which are open from Monday 27 October, are a chance to recognise those people who devote much of their time to help others in the community for nothing or little in return.

Last year, the categories for the awards were revamped into five themes: Community Group, Community Volunteer, Sporting Achievement, Carers’ Award and Employer of the Year.

Provost Hall said: “These awards recognise the unsung heroes in our community who contribute so much to others in return for so little. It’s a great opportunity to say thank you to these wonderful people.

“Last year, we reorganised the awards into five easily identifiable and distinct categories while keeping the spirit of the awards very much alive. I’m pleased to say we received the largest number of nominations we’ve had for a number of years.

“The awards reflect the achievements of individuals and groups in our communities and are open to people who live and work in Renfrewshire. I’d encourage everyone to take some time to nominate.”

Glasgow Airport’s Communications Manager, Nicola Macnaughton, said: “We are delighted to be able to support the Community Volunteer award which recognises the contribution and dedication of those people who selflessly work to better the lives of other people and the community.”

Maureen Hill, Centre Manager at the Piazza shopping centre, is keen to support the local community. “There are some amazing things happening in our communities because of the hard work and dedication from local community groups,” she said.

“We’re happy to support the Community Group award which recognises the impact they have on our community.”

Managing Director and Owner of Acre Industrial and Cleaning Services, Jim Price, said: “Young or old, there are some great people and teams in our communities who push themselves to overcome adversity or personal sacrifice to compete in sport. We are pleased to be able to help recognise these people by supporting the Sporting Achievement award.”

The Employer of the Year award is sponsored by Council Leader Mark Macmillan for employees to nominate employers who have provided excellence in training, support and developing skills within the workforce.

The Carers’ Award has been donated by former Provost Nancy Allison and recognises anyone who offers care to a relative, friend or neighbour.

The closing date for nominations is 31 January 2015.

Winning candidates will be invited to the Provost’s Community Awards ceremony in March 2015.