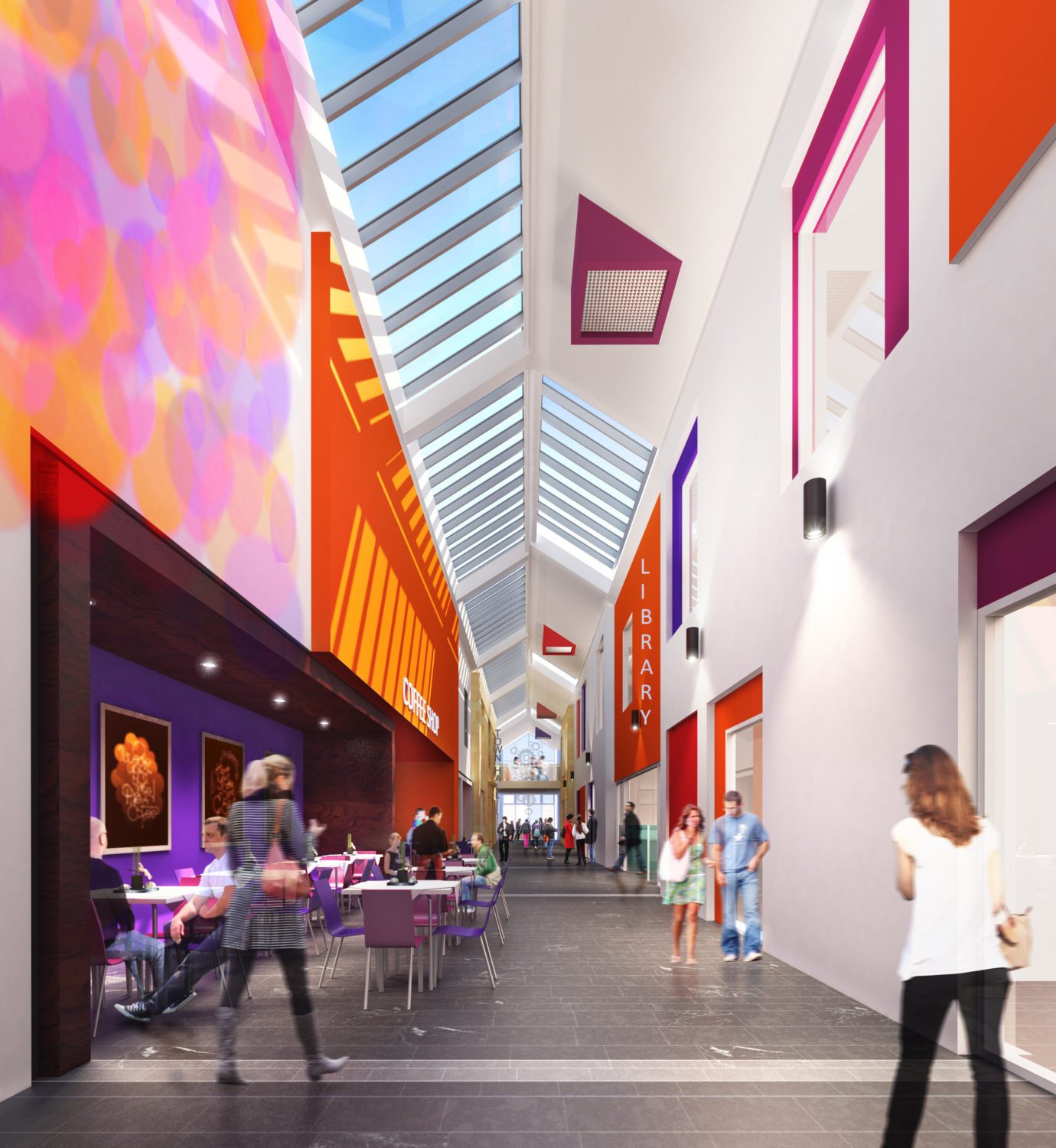 [vc_row][vc_column][vc_column_text]The project to build a new Johnstone Town Hall has been nominated for a prestigious award to showcase the best new property in Scotland.

The £14.5m town hall – due to open in summer 2015 – is on a four-building shortlist to be named Public Building of the Year at the Scottish Property Awards.

The striking glass-fronted building is being taken forward by Renfrewshire Council as part of its ongoing plans to regenerate the centre of Johnstone.

Phase one of construction was completed in the summer when the building was made fully wind and watertight, and work has been continuing ever since to fit out the inside and landscape the public spaces outside.

Once open, the new town hall will house modern facilities including a library, theatre and conference space, marriage suite, cafe and meeting rooms.

The building will also be home to council housing and social work staff, as well as offices for Police Scotland and Macmillan Cancer Support.

The winners of the Scottish Property Awards will be announced at a ceremony in Edinburgh in March.

Nominated in the Town Centre Regeneration Project of the Year category is the work to transform Linwood town centre by Manson Architects on behalf of Tesco, which includes the new Tweedie Hall, opened by the council this summer.

Councillor James Harte, convener of the council’s Sport, Leisure and Culture Policy Board, said: “Over the past year, Johnstone residents have watched the new building rise from the ground and change the face of the town.

“We have made a significant investment in this project, which is one of the biggest public-sector building projects anywhere in Scotland at the moment.

“So we are delighted this distinctive and striking building has been recognised by a panel of independent judges as one of the best in the country.

“Once open next summer it will be a modern hub for life in Johnstone and the surrounding villages for generations to come.”

John Hamilton, chair of the Scottish Property Federation, which supports the programme, said: “The judging session was a very positive and enjoyable experience which allowed us to assess some very striking, complex projects across Scotland.

“The Scottish Property Awards have a very important role to play in helping to restore confidence in the building industry and I’m really pleased to support this much valued celebration.”

Walk of Hope raises £2200 for local charity
Scroll to top