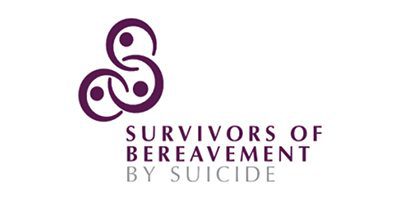 [vc_row][vc_column][vc_column_text]Renfrewshire residents who have lost loved ones to suicide have been invited to an open evening by local support group Survivors of Bereavement by Suicide (SOBS).

The informal drop-in session take place on Wednesday 17 December between 6.30 and 7.30pm in the Charleston Centre, 49 Neilston Road, Paisley. The event will give people a chance to chat over tea, coffee and mince pies with the opportunity of having a hand or neck massage.

SOBS is a self-help organisation which provides a safe and confidential environment in which bereaved people can share their experiences and feelings and help to support each other.

The group is part of the Choose Life campaign, which aims to raise awareness of suicide and how it affects those left behind.

Lisa Aitken, Choose Life Young Person’s Resource Worker, said: “We encourage anyone who has been affected by losing a loved one to suicide to come along to the open day. The group offers much needed support to bereaved friends and relatives, but it is also vital we raise awareness of the issue.

“Suicide can affect anyone regardless of age or background, but there is still a big stigma surrounding it, which makes it hard to get help when it is needed. Events like these are important not only to talk openly about suicide, but to highlight the help that is there to prevent suicide.

Councillor Iain McMillan, Convener of Renfrewshire Council’s Social Work, Health and Policy Board, said: “It’s important that as many people as possible come along and support this event, which is a vital support line for those who have been bereaved by suicide.

“By openly speaking about suicide, people can help to save lives. I’d encourage everyone, whether they have been affected by suicide or not, to get talking.”

For more information on the Renfrewshire meetings of SOBS, call 0141 849 2200, or email elizabeth.aitken@renfrewshire.gov.uk.[/vc_column_text][/vc_column][/vc_row]