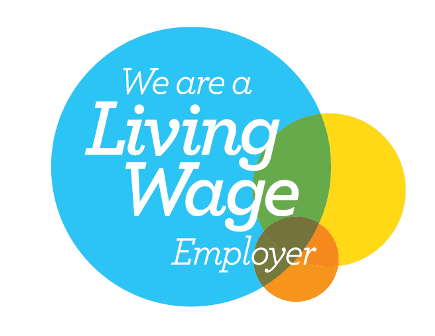 [vc_row][vc_column][vc_column_text]The Renfrewshire Tackling Poverty Commission turned its focus to ‘maximising household income’ this week as it continues to build the picture of how more families could be helped out of the poverty cycle.

The recent meeting of the Commission gathered evidence on a range of issues that can impact positively and negatively on a household’s income, including employment, the Living Wage, benefit changes and benefit sanctions.

The Commission was given an update on the positive impact the Invest in Renfrewshire programme is having on unemployment in the area, and Dr Mathew Dutton, from Napier University, presented findings from his research into the Glasgow Living Wage.

Evidence on the impact of the UK Government’s welfare reforms was presented by Steve Fothergill from Sheffield Hallam University, and Commission member Hanna McCulloch from Child Poverty Action Group, spoke about the impact of benefit sanctions.

Steve Fothergill told the Commission that Renfrewshire is the 9th hardest hit of all 32 Scottish council areas by welfare reform. He said Renfrewshire is being hit harder than the Scottish average and will lose £58m a year as a result of benefit cuts – that’s the equivalent of taking £510 out of the pockets of every working-age adult in the area.

Councillor Mike Holmes, Chair of the Commission, said: “A lot of positive work has been done already to help Renfrewshire’s households work their way out of poverty – but we know we need to build on this. The Invest in Renfrewshire programme to create jobs has been a key part of youth unemployment in Renfrewshire falling to its lowest level in 20 years.

“We also continue to make the case for the Renfrewshire Living Wage of £7.65 to be paid in a bid to drive down in-work poverty and as part of this Renfrewshire Council was able to ensure that 300 external care workers receive the Living Wage.

“But the stark findings we were given about the impact of benefit cuts in Renfrewshire tell us that as we step up our efforts to cut the levels of deprivation that people face – significant amounts of money will continue to be taken away from families as a direct result of UK Government welfare policies. I look forward to all of these valuable findings being taken forward to shape the Commission’s recommendations.”

Hanna McCulloch, Commission Member and Policy Officer from Child Poverty Action Group, added: “We’re unfortunately hearing of more and more cases where benefit sanctions are leaving families without enough money to buy food or pay for electricity and they are often going to local food banks as a result.

“This is a significant area of concern because of the knock-on impact to children whose parents have been sanctioned.”

The final theme to be covered by the Commission as part of its evidence gathering will be ‘minimising household expenditure’. This meeting will take place on Friday 21 November at Engage Renfrewshire, Falcon Crescent, Paisley.

The Commission will then move on to considering the recommendations it will make to the Council and its partners.[/vc_column_text][/vc_column][/vc_row]