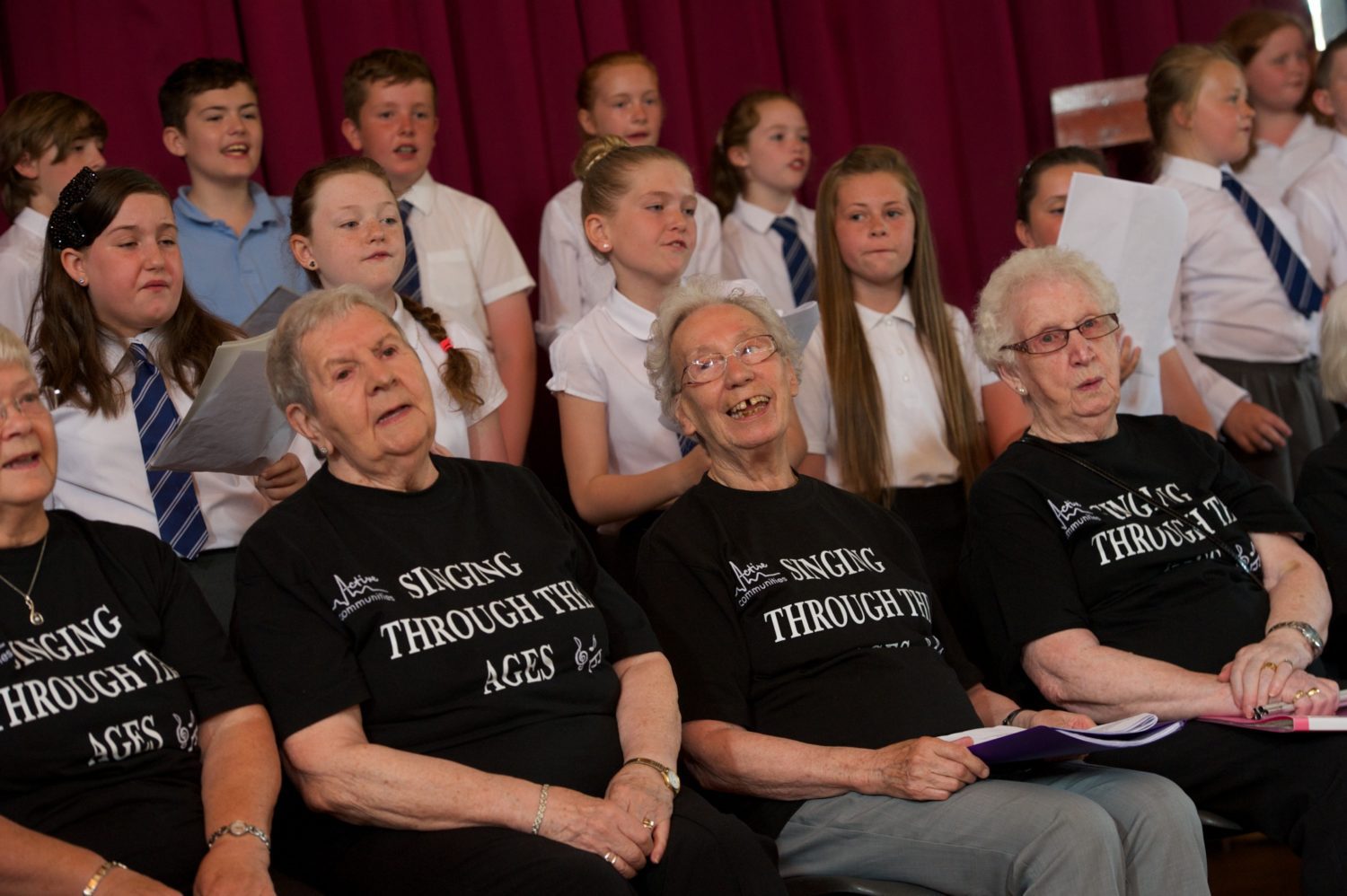 Renfrew residents are singing through the ages

Renfrew residents, young and old, have bridged the generation gap with a unique singing project.

Elderly residents of Monkdyke Sheltered Housing Complex and pupils from Newmains Primary School have joined forces for ‘Singing through the Ages’.

Weekly sessions of song and reminiscence have been a hit with both age groups, and built up to a recent showcase concert at the primary school in Renfrew.

The setlist was mixture of the old and the new, with renditions of contemporary favourites like Pharrel Williams’ mega-hit Happy and Let It Go from Disney movie Frozen proving especially popular with the audience.

Residents at Monkdyke have had a great time taking part. Isobel Hay, 80, said “Singing through the Ages and working with the children has made me feel young and happy” with Jim MacDonald, also 80, adding “Working with Newmains Primary has brought back fond memories of when my children went to the school. If you give, you get back.”

Carol Cooke, headteacher of Newmains Primary School, said “The intergenerational links established by Singing through the Ages have been fantastic. The children have learned so much and really enjoy being in the company of the tenants. The school is delighted to be involved in such as successful initiative.”

Singing coach Charlene Gordon, of the Charlotte Gordon Vocal Academy, said, “The project has been such a great and heart-warming experience and the enthusiasm from both the residents and the children made my job very easy. We encouraged everyone to “sing yourself happy” and I think they achieved that!”

Singing through the Ages is a joint project between Active Communities, Charlotte Gordon Vocal Academy and Renfrewshire Council. The project has also received financial support from Renfrew Common Good Fund.[/vc_column_text][/vc_column][/vc_row]

Glasgow News? Daily Updates part of our network
Street Stuff kids are up for the cup

Recruits are just the jobs for charity
Scroll to top