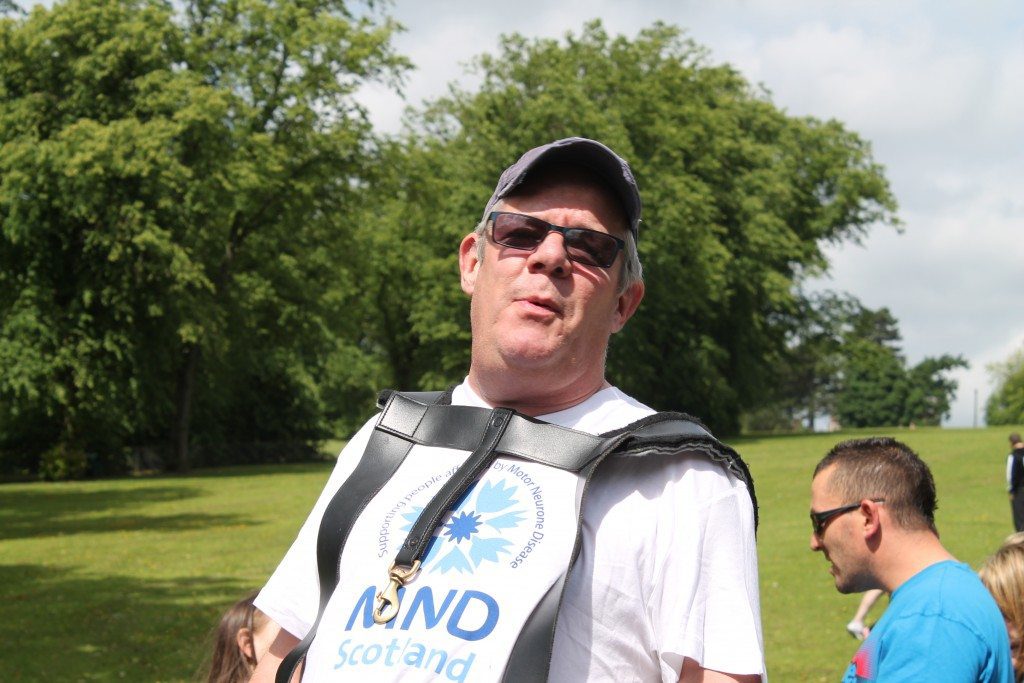 Tony will be modelling our new look Miscarriage Support tee-shirt on the day to help promote the counselling work that we do in aid of women and families Scotland-wide. The Sma’ Shot Day celebration originates from the weaving industry in the 19th Century. Paisley was a one of the major textile producing areas in the British Empire.

The Sma’ Shot was the binding thread which held together the patterned shawls which Paisley is famous for; but because the Sma’ Shot was never seen in the finished shawls the manufacturers refused to pay the weavers for the yarn. After many years of dispute the weavers won their course.

In celebration of this, the traditional July holiday was renamed Sma’ Shot Day. The 2014 procession will take place on the 5th of July; come along and see the parade and give a big cheer for Tony.