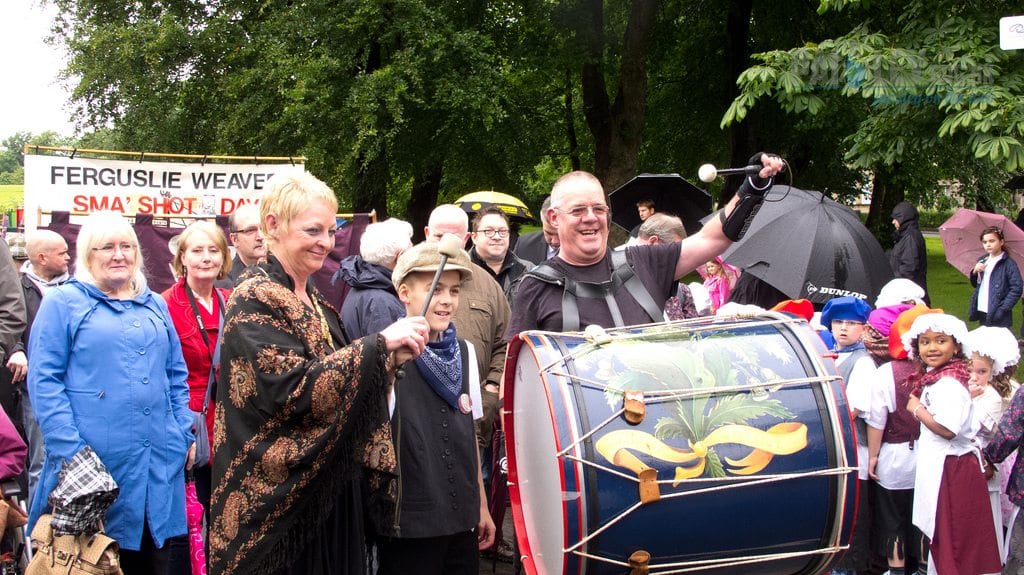 Everyone at www.paisley.org.uk would like to say a hearty ‘Congratulations’ to Tony Lawler who today discovered that he has been granted the honour of Freeman of Renfrewshire.

The Freedom of Renfrewshire has only been granted twice to our knowledge in the last few years, the most recent being The Argyle and Southern Highlanders also renowned

Sculptor Sandy Stoddart and prior to that it had not been awarded for 50 years.

Renfrewshire Council made Tony a Freeman of Renfrewshire in recognition of him carrying the Charleston Drum and leading the parade on Sma’ Shot Day for 20 years.

Those who know Tony will acknowledge that he is mightily proud of being given this position and he continually promotes the town of Paisley to the wider public.