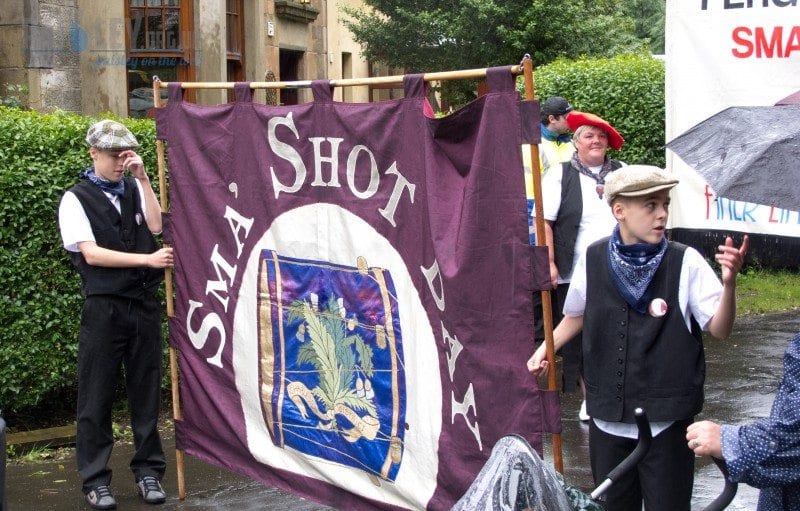 This year the weather played a major part in the event – the night before the event the contractors who were tasked with setting up the many stalls outside Paisley Town Hall had major problems with the wind and had to construct two large marquees instead. The main parade was also hit by the weather when strong heavy rain tried to dampen spirits just before and during the parade but thankfully the parade and its participants all smiled and braved the rain.

Just as the parade started and was heading towards Neilston Road shops, Tony Lawler the Charleston Drummer hit straight through the side of the drum (which dates back to Napoleonic times) cutting his thumb in the process. The parade was temporarily halted but Tony was made of sterner stuff and the parade snaked its way down to Paisley Town Centre to lots of applause from those watching from the side.

The now traditional pint of lager at the Wellington was a welcome distraction for Tony and a welcome rest for the parade as it reached its half way point. As the parade hit Abbey close the crowds gave it a rapturous reception and the participants could relax.

From the pictures above, you can see the parade from start to finish as well as the excellent BMX Stunt Riders “The Clan”. The video below is the journey from Brodie Park to the end point in Abbey Close, you will notice the rain is a feature in almost all the images!