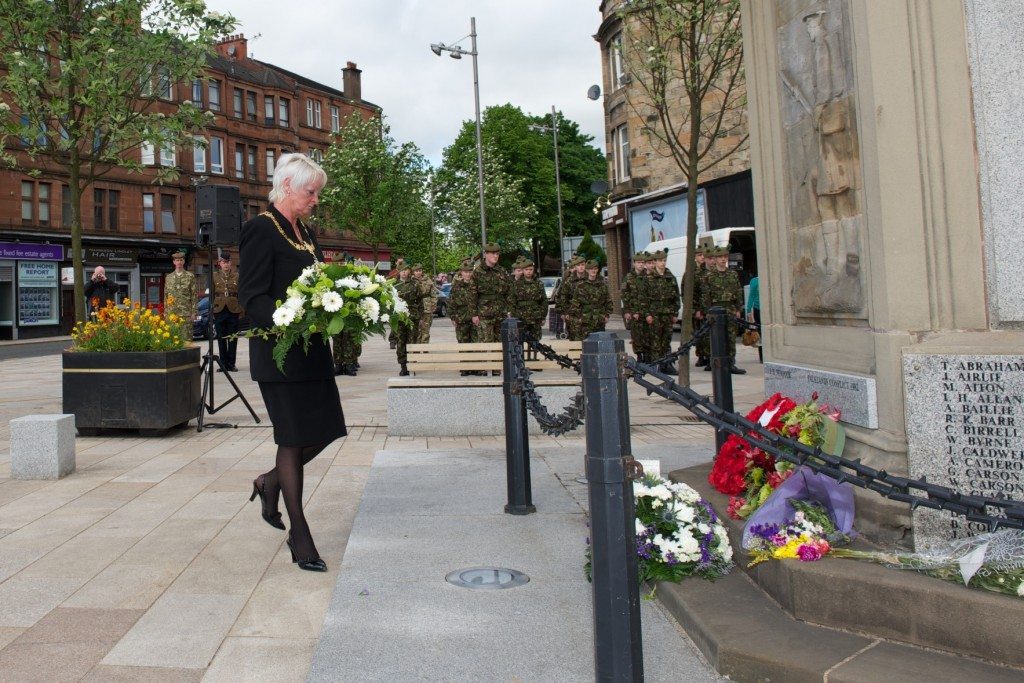 Renfrewshire Council is marking the centenary of the First World War by ensuring all local fallen service personnel have the chance to be recognised on the area’s memorials.

This August will be 100 years from the outbreak of the conflict – with the date to be marked by a programme of commemorative events in Renfrewshire and elsewhere. And Renfrewshire Council wishes to honour all locals who lost their lives in that and subsequent conflicts, to coincide with the 100-year anniversary.

The council has authority to allow consideration of requests from relatives to add the names of local service personnel who lost their lives in either world war or any other conflict since, and who are not yet mentioned.

Last year, a service was held at Renfrew war memorial to install a permanent inscription to Lance Corporal James Murdoch, who died in the Falklands.

Renfrewshire’s Provost Anne Hall said: “Since the First World War ended, the UK armed forces have been involved in more than 54 wars and conflicts.

“Many of the Renfrewshire people who lost their lives are already recognised on local memorials – but as there is no definitive list of war dead, we don’t know if there are still some who are not.

“While we have received some requests over the years, we want to ensure all fallen service personnel get the same chance to be recognised.

“And the upsurge in interest in military history expected around the First World War centenary means now is a fitting point to find out if there any omissions.”

The council is responsible for 10 war memorials – erected after the two world wars – to honour those who fell in those conflicts.

They are in Paisley, Renfrew, Johnstone, Howwood, Houston, Lochwinnoch, Kilbarchan and Bridge of Weir, as well as Abbey and Hawkhead Cemeteries.

Any changes to existing memorials would be made with certain criteria in mind.

Names would not be added to memorials which do not already contain individual name inscriptions, and cannot be added to those where there is no room for additions.

Anybody who wishes more information about war memorials should phone 0300 300 0300 or email am-serv.es@renfrewshire.gov.uk