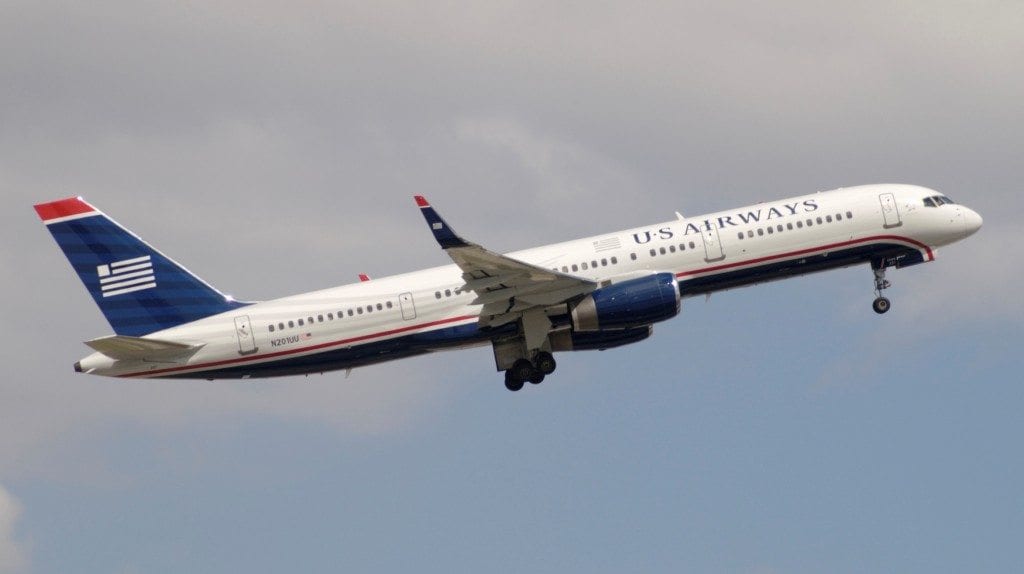 US Airways to mark 10th anniversary of Glasgow to Philadelphia service with added flights.

US Airways which is now part of American Airlines Group is growing its popular Glasgow to Philadelphia service with additional flights in 2014.

The airline has responded to an increase in demand for the trans-Atlantic service, which this year celebrates its 10th anniversary, by bolstering its schedule with an additional 19 round-trip flights. Year over year, this will result in the availability of 6,700 additional seats from May 4 to October 24. News of the added service comes as Glasgow and Scotland prepare to welcome the world with events such as the 2014 Commonwealth Games, the Ryder Cup and Homecoming Scotland all expected to prove a huge draw for tourists from North America.

The United States represents the largest international market for Glasgow. Each year, 85,000 trips are made by American visitors, boosting the city’s economy by almost £40 million. The added flights will ensure more people have the opportunity to experience what Glasgow and Scotland has to offer.

Amanda McMillan, managing director, Glasgow Airport said, “US Airways is a long standing partner of Glasgow Airport and its decision to add 19 additional departures this year to Philadelphia is a clear sign of its confidence in the West of Scotland market.

“It is no coincidence the airline’s decision to add flights comes as Glasgow prepares for what will be a landmark year in terms of hosting events with global appeal. In addition to the Commonwealth Games and the Homecoming, the Ryder Cup will get underway in Glasgow with a gala dinner at the SSE Hydro and the tournament is expected to draw huge crowds from the United States.

“It really is an exciting time for both the city and the airline, and we are looking forward to helping US Airways celebrate 10 years of nonstop service from Glasgow to its Philadelphia hub when the first flight of the 2014 summer schedule takes to the skies on 4 May.”

“We’re pleased to return to Glasgow this spring, a destination that has proven popular with US Airways’ customers the past ten years,” said Suzanne Boda, American Airlines’ senior vice president, Asia, Canada, Europe and Cargo. “It’s a big year for Scotland with many events planned throughout the country and we’re happy to play a part by bringing in visitors from the U.S. and other locations. This year’s additional flights, which are the result of anticipated increased demand, give our Glasgow originating customers access to an even greater range of destinations, airlines choices and opportunities to earn and redeem miles with US Airways’ entry into oneworld on March 31.”

Councillor Gordon Matheson, Leader of Glasgow City Council and Chair of Glasgow City Marketing Bureau, said: “US Airways’ decision to significantly increase capacity on its Philadelphia to Glasgow route strongly reflects the popularity of the service. It is a positive and welcome step which demonstrates the airline’s commitment to the city, ahead of what will be a momentous year for Glasgow, and reinforces Glasgow Airport’s position as Scotland’s long haul gateway.

With the eyes of the world turning to Glasgow in 2014 as we host the Commonwealth Games, and with the Ryder Cup at Gleneagles, we are discussing plans with the airline about continuing that activity early next year, with a focus on highlighting the ease of access to Glasgow and Scotland for North American visitors and rolling out our new US website; peoplemakeglasgow.us.”

Mike Cantlay, VisitScotland Chairman added: “This news could not have come at a more opportune time for Glasgow as the city prepares to host the 2014 Commonwealth Games and the MTV Europe Music Awards at the SSE Hydro. The fact US Airways is increasing capacity from Philadelphia is important in what is a massive year for Scottish tourism, when the country also hosts the Ryder Cup and Homecoming.”

American Airlines Group (NASDAQ: AAL) is the holding company for American Airlines and US Airways. Together with American Eagle and US Airways Express, the airlines operate an average of nearly 6,700 flights per day to 339 destinations in 54 countries from its hubs in Charlotte, Chicago, Dallas/Fort Worth, Los Angeles, Miami, New York, Philadelphia, Phoenix and Washington, D.C. American’s AAdvantage and US Airways Dividend Miles programs allow members to earn and redeem miles for travel and everyday purchases as well as flight upgrades, vacation packages, car rentals, hotel stays and other retail products. American is a founding member of the oneworld® alliance, whose members and members-elect serve 981 destinations with 14,244 daily flights to 151 countries. Connect with American on Twitter @AmericanAir or Facebook.com/AmericanAirlines and follow US Airways on Twitter @USAirways and on Facebook.com/USAirways.

Glasgow News? Daily Updates part of our network
‘Hats Off to Led Zeppelin – Rewriting the rule book for tribute...