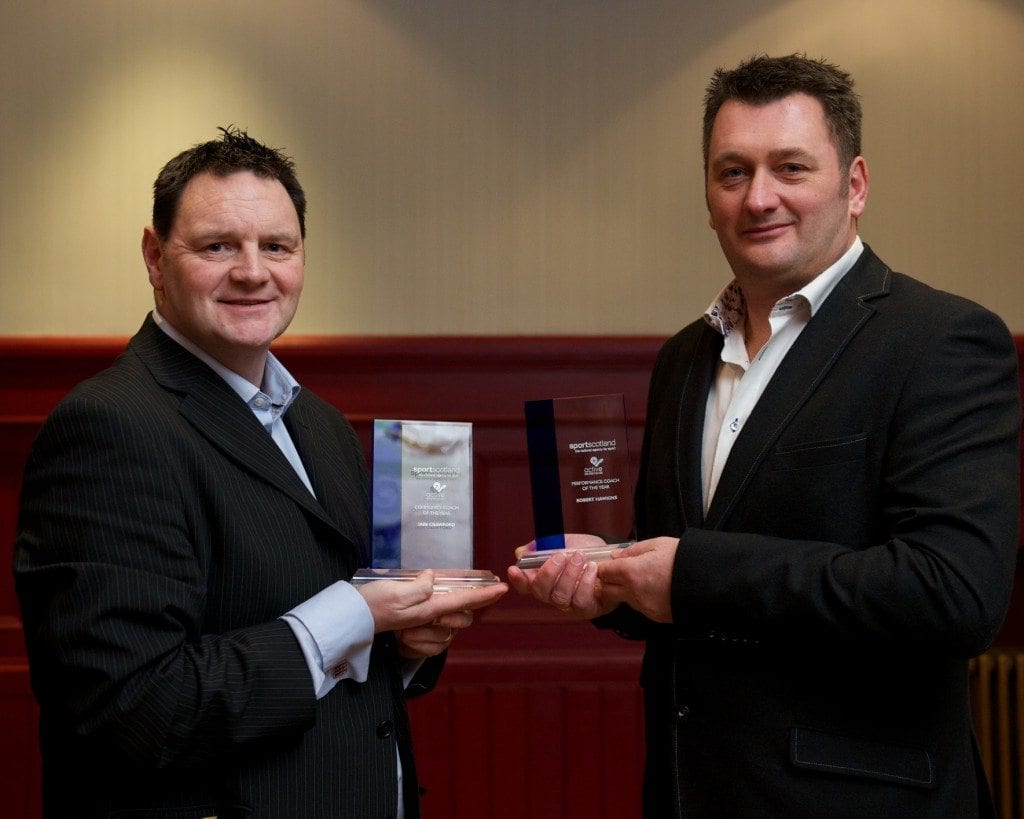 Coaches, officials and volunteers from across Renfrewshire have been recognised for their contribution to the local sporting scene.

Robert Hawkins from Kilbarchan Amateur Athletic Club has been crowned Renfrewshire’s Performance Coach of the Year whilst Iain Crawford from Renfrew Town AFC has scoped Community Coach of the Year.

Renfrewshire Council and Sportscotland teamed up to honour its local sports heroes with the Renfrewshire Coaching, Officiating & Volunteering (COV) Awards 2013.

Members of local sports teams and clubs nominated the people they feel create sporting opportunity in Renfrewshire with their time and effort.

Nine outstanding individuals were picked from 53 nominees to receive a certificate of recognition, a plaque and a £100 cheque to advance their coaching qualifications, fund new equipment or support their clubs entry into competitions.

Councillor Jim Harte, Convener of Renfrewshire Council’s Sport, Leisure and Culture and Policy Board, said: “The contribution made by these individuals is immense and their dedication and hard work is central to ensuring excellent sporting opportunities for all of Renfrewshire.

“2014 is a big year for sport with the Commonwealth Games coming to Glasgow and we believe this will inspire people of all ages and abilities and build a legacy of participation in organised sport.

“People like our award winners who do such much at grassroots level will be vitally important in making this happen and we’ll do all we can to acknowledge and thank them for their contribution.”

17-year old Gareth Scott from Johnstone went on to be awarded national Young Volunteer of the Year. He started volunteering through Renfrewshire’s Active Schools programme during his third year at Johnstone High.

Gareth has since clocked-up more than 700 hours of coaching running sessions at Renfrewshire Council’s summer sports camps and as lead coach at the Paisley Piranhas Swim Club for children with disabilities.
Reflecting on his coaching experience to date Gareth said: “I’ve been involved in playing a lot of sport so volunteering gives me the chance to pass on my knowledge to kids. Seeing them develop through the year is one of the most rewarding aspects of it and it really gives me a great sense of satisfaction.”

Gareth is a successful graduate from the Renfrewshire School of Sport Education (RSSE), a one year sports training programme available to selected pupils aged 16 and 18 years.

RSSE helps pupils to develop skills and techniques in specific sports. They also gain essential skills and experience for working with children and young people in schools.

Up to 60 secondary school students are selected to take part in the programme, which will open again in August. To follow in Gareth’s footsteps and be considered for the 2014 programme, pupils can request an application form from their Active Schools co-ordinator.