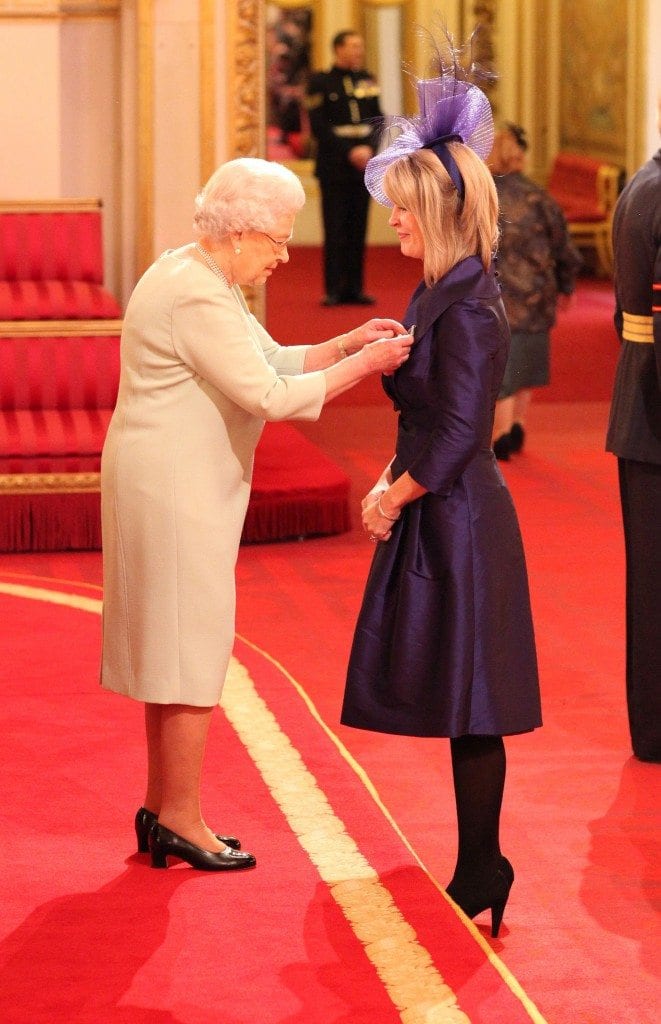 Glasgow Airport’s managing director, Amanda McMillan, has been presented with an OBE (Order of the British Empire) at a ceremony in London.

Ms McMillan discovered in June this year that she had been recognised by the Queen for services to business and tourism in the 2013 Birthday Honours List. She was presented with her medal in the ballroom at Buckingham Palace.

The achievement recognises her contribution to business and tourism since becoming managing director of Glasgow Airport in 2008. During this period the airport has grown passenger numbers and secured new routes and services, including Emirates’ second daily Glasgow to Dubai flight. The airline has since reaffirmed its commitment to Glasgow through its sponsorship of the city’s Emirates Arena.

In addition to guiding the airport through the worst downturn in aviation history, Ms McMillan has worked closely with the airport’s city and national partners to promote Glasgow and Scotland as compelling markets to airlines and tour operators.

By expanding its route network and standing out from the crowd in terms of customer experience with the launch of a customer charter, Glasgow Airport has flourished under her stewardship.

Commenting on her award, Ms McMillan said: “When I heard I had been awarded an OBE it came as a huge surprise but it has finally sunk in. Being part of such a fantastic ceremony was a great honour and receiving an OBE at Buckingham Palace is a memory that will stay with me forever.

“To be recognised by the Queen in this way for doing my job is not only a source of great personal pride – I truly believe it recognises the people of Glasgow Airport who work tirelessly to ensure it delivers for the city and for Scotland.”

Earlier this year, Ms McMillan unveiled details of an ambitious £17 million investment programme which will see key parts of the main terminal building undergo a major makeover in 2013. This includes international arrivals which for many will be the gateway to the 2014 Commonwealth Games.

Glasgow News? Daily Updates part of our network
15 Best places to eat and drink in Paisley