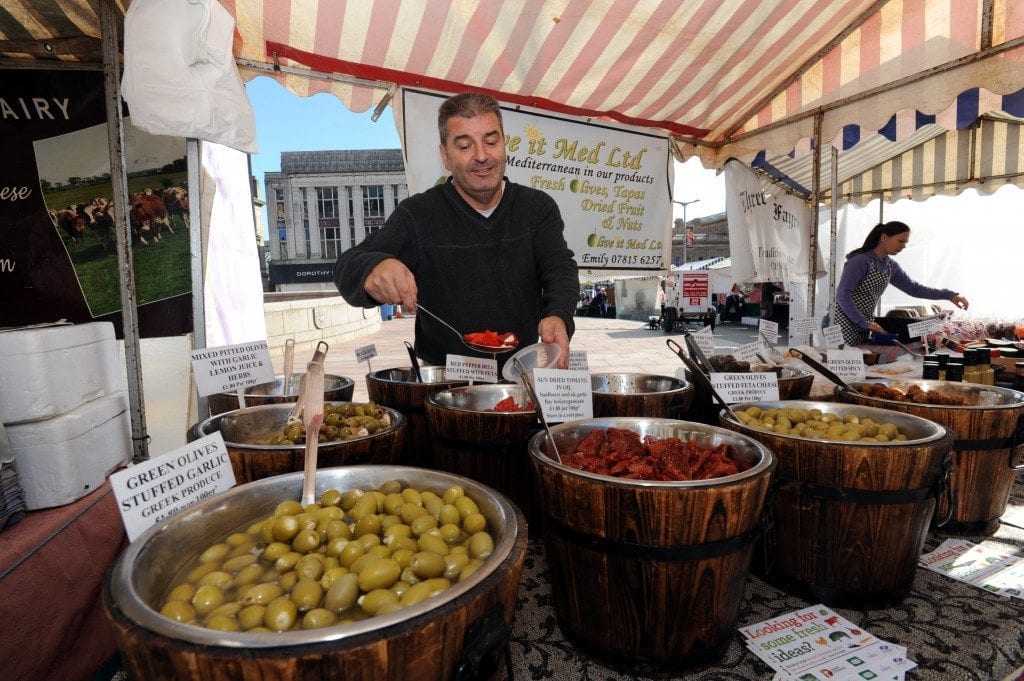 Traders and shoppers alike have given the thumbs-up to Paisley’s relaunched farmers’ market, after its first outing in its new home at the weekend.

The popular twice-monthly market has been a fixture in the town’s County Square for the past 12 years, but last Saturday saw it move along the road to Paisley Cross.

And the relocation was a success, with hundreds of shoppers turning out to sample the range of fresh farm food on offer, with some traders doubling their takings on the previous market.

As part of the revamp, midweek markets have been introduced – with the event taking place on the second Thursday and last Saturday of every month from now on.

That means the next market – on Thursday 12 September – will be the first to take place during the week.

All markets will now take place slightly later in the day, running from 10am to 2pm, as opposed to the previous time of 9am to 1pm.

The changes came about after a consultation of traders and customers earlier this year. The market is run by Ayrshire Farmers’ Market and promoted by Renfrewshire Council.

Renfrewshire Council Leader Mark Macmillan said: “The farmers’ market has been a popular feature in the town for a number of years now, but we wanted to see if there was anything we could do to refresh it.

“The feedback we received was that it should be later in the day and that people wanted midweek markets, so we acted on that.

“Saturday’s turnout suggests the change of location has worked. We hope the market will thrive in its new home and will continue to bring people into the town centre.”

Howard Wilkinson, market relocation co-ordinator, added: “We were delighted with the number of new customers who came to the market, as well as our regulars.

“I hope they found the experience really positive and we look forward to seeing people a week on Thursday at the next market.”

All information and photographs courtesy of Renfrewshire Council.