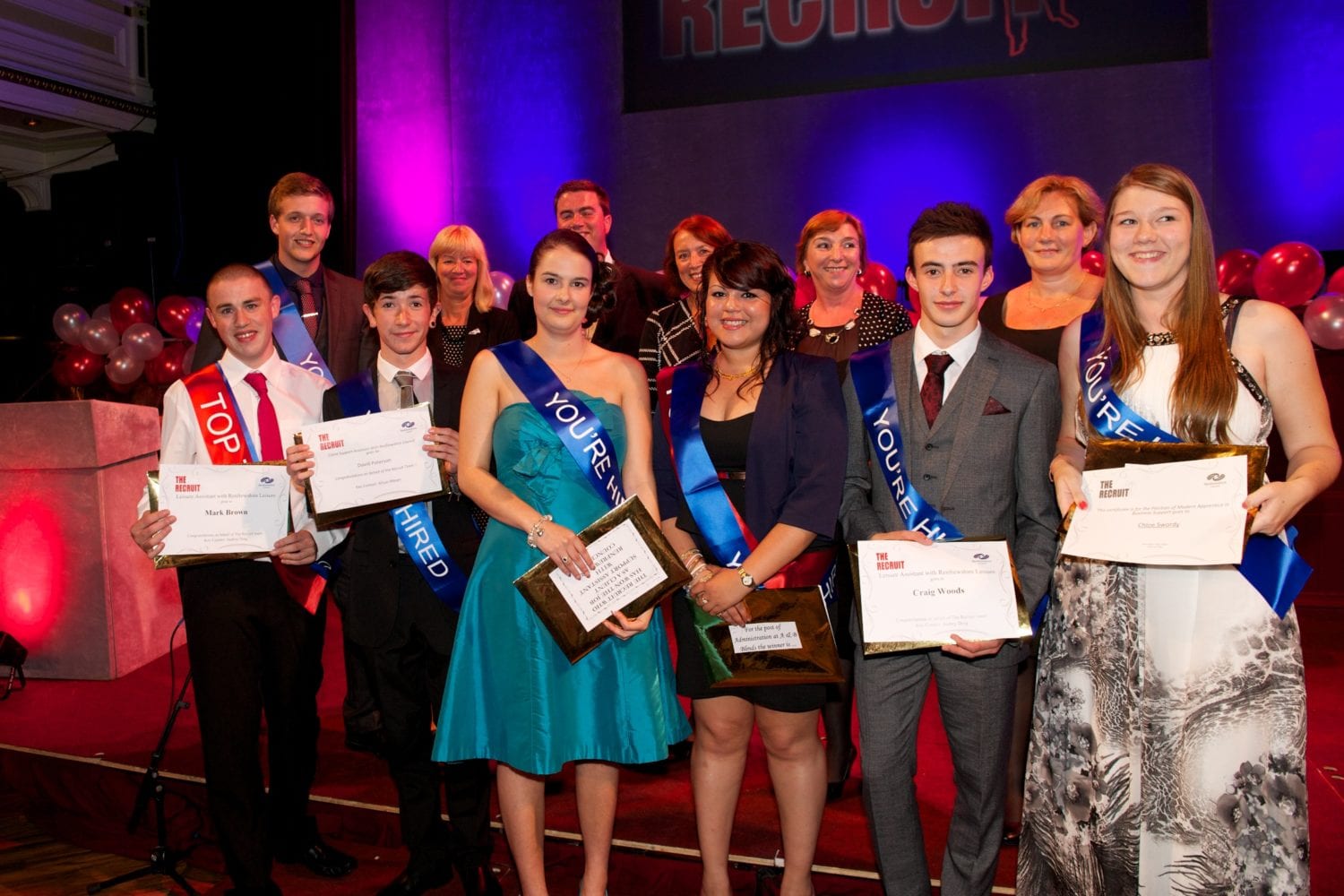 A group of young Renfrewshire people were revealed as job winners at a glittering ceremony to mark the conclusion of a popular youth employment programme.

The finale of the summer edition of The Recruit took place at Paisley Town Hall in front of a crowd of invited guests and proud parents.

The Recruit is loosely based on TV favourite The Apprentice and sees young people compete through a series of business-based challenges.

This year’s saw two versions of the programme – one for S5/6 school leavers and one for unemployed young people aged between 18 and 24.

Two young people were crowned as the Top Recruits on the night, with Ryan Barbour (S5/6) and Deanna O’Connor (18-24s) walking away with the top awards.

There was also a Recruit’s Choice award, chosen by the young people themselves, which went to Rachael Fletcher and Mark Brown.

Renfrewshire Council Leader Mark Macmillan, who welcomed guests to the ceremony, said: “Helping young people find work is one of our biggest priorities.

“Over the past four years, the Recruit has helped boost the job prospects of almost 200 local young people.

“You only have to listen to the stories of some of those who have passed through it to see the positive effect the programme has had on them.”

Councillor Roy Glen, Convener of Renfrewshire Council’s Economy and Jobs Policy Board, added: “Once again, the Recruits were a credit to themselves and to the area, and through their hard work they have earned the opportunities presented to them.

“I would like to thank all the companies who helped support the programme by running challenges and offering their expertise, and look forward to working with them again in the future.”