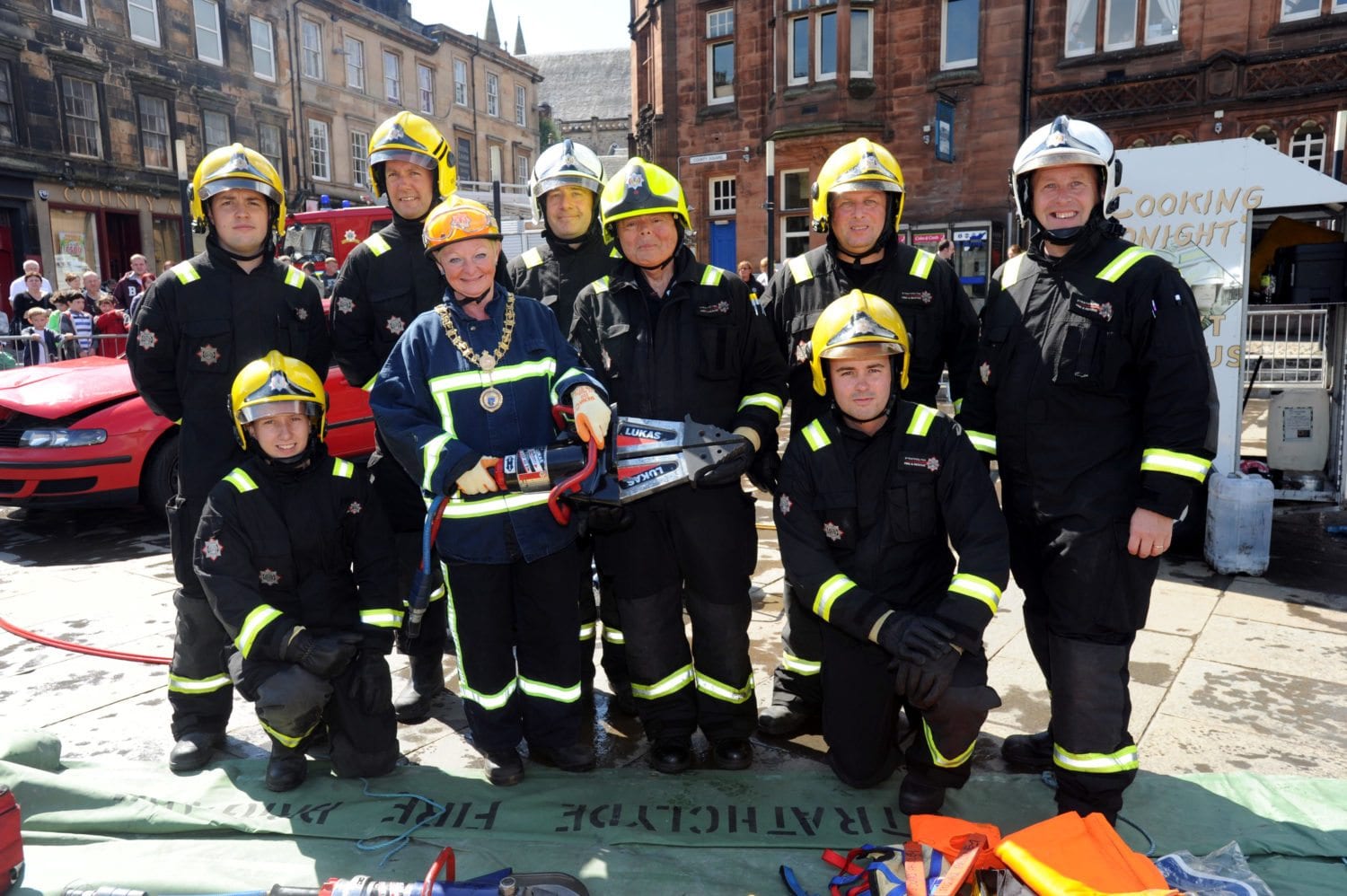 Hundreds of people gathered in Paisley town centre on Saturday afternoon for the popular annual event, which is now in its fifth year.

A mixture of old-style and current fire appliances paraded through the town from Canal Street Fire Station before parking in County Square and Gilmour Street.

There was plenty to keep visitors entertained, with chip-pan fire demonstrations and a fire-engine bouncy castle.

Other emergency services who met the public on the day included the Glasgow Airport fire crew, and blood-transfusion motorcycle couriers from the Scottish Emergency Rider Volunteer Service.

Being ‘rescued’ was Renfrewshire’s Provost Anne Hall, who volunteered to be cut from a car by the fire brigade as part of a safety demo.

Provost Hall said: “Once again, Renfrewshire residents turned out in their numbers for one of our town centre events, following on from Sma’ Shot Day and the Paisley Pipe Band Championship last month, both of which were well attended.

“The day carried a serious message in terms of fire safety and was a great showcase for the work of the fire brigade – although I would like to reserve a special thank-you to the ones who rescued me from inside the car!”

“I also have to compliment the Scottish Fire and Rescue Service Heritage Trust for their work to restore these magnificent vehicles, as it gives young and old alike a chance to see a piece of our history in action.”