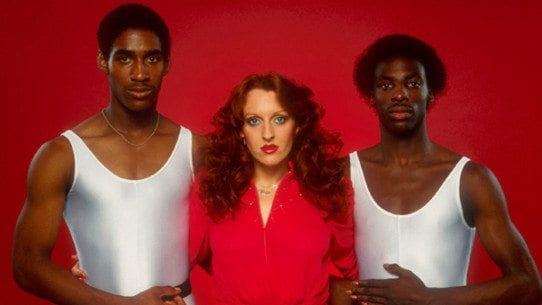 Kelly Marie (born Jacqueline McKinnon, 16 October 1957, Paisley, Scotland), is a British Pop, Disco, and Hi-NRG singer. In 1976, at the age of 19, she had her first taste of success with a winning appearance on the weekly UK TV talent show “Opportunity Knocks”.

In 1980 the young Paisley girl was number one in the music charts for 2 weeks with “Feels Like I’m in Love” the song entered the charts on the 9th August 1980 entering at number 29 – until 25th Oct 1980 it left charts at 34 so a total of 12 weeks in the charts.. Our very own Kelly Marie had made it, she was queen of disco and the pride of Paisley. Kelly Marie had two other songs that reached the chart but couldn’t emulate the success of her number one hit, and Kelly Marie faded into chart history.

Kelly Marie is actually still recording and is also a mother of six, she still has a very avid fan-base who are passionate about Kelly and she remains a popular and successful attraction in discotheques around the world. Let’s hope that she is still belting out some vocals.

Some info is from the official website for Kelly Marie please visit www.officialkellymarie.co.uk for more information.