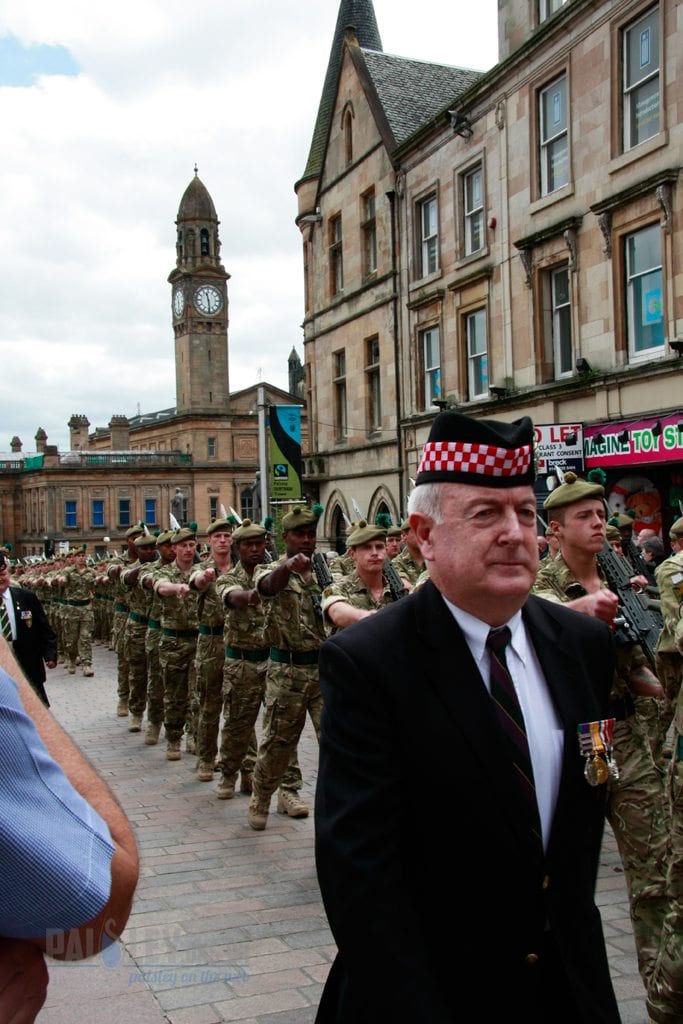 Soldiers from The Argyll and Sutherland Highlanders, 5th Battalion, The Royal Regiment of Scotland (5 SCOTS) will hold a series of parades throughout their traditional Scottish recruiting areas in June 2013. The battalion, which is currently based in Canterbury, will march in Port Glasgow, Paisley, Stirling and Falkirk.

In June 2013 the battalion will become, Balaklava Company, 5th Battalion, The Royal Regiment of Scotland (Argyll and Sutherland Highlanders) – a fully formed Light Infantry Company, with around 100 soldiers, whose primary role will be to conduct State Ceremonial and Public Duties across Scotland. The reduction in strength will see the majority of soldier’s backfilling to other Scottish battalions.

Parade sets off at 11am down Gilmour Street to High Street.

Along High Street to Storie Street.

Lord Lieutenant and Depute Provost receives the Battalion at