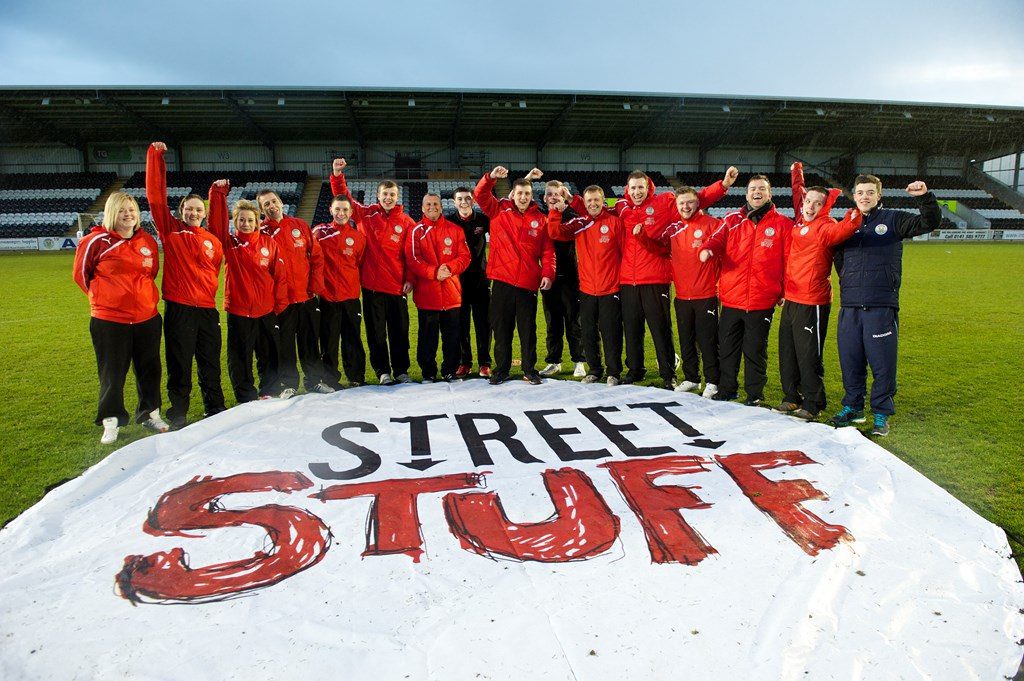 Hundreds of youngsters from Renfrewshire’s award-winning Street Stuff youth diversionary project took to the turf of St Mirren Park for a festival of football.

Boys and girls aged from 10 to 18 from throughout Renfrewshire descended on the stadium to compete for glory during the annual end-of-season tournament.

Street Stuff is a partnership between various organisations, including Renfrewshire Council and St Mirren, which provides activities for young people at various locations in Renfrewshire.

The programme includes street football with coaching from St Mirren and mobile youth activities with computer games, and has helped reduce youth disorder in each of the areas where it operates.

Action took place on the pitch, as well as in the new indoor covered Dome behind the stadium, which was recently opened for business by St Mirren.

The event was funded by Police Scotland and the Scottish Fire and Rescue Service, who are also partners in the Street Stuff initiative.

Councillor Eddie Devine, Renfrewshire Council’s Street Stuff Champion was there on the night to present prizes to the winning teams.

He said: “Once again, the Street Stuff football festival was well attended and proved to be a great success.

“The scheme has rightly been recognised at a national level for the work it has done to reduce youth disorder by giving kids something positive to do in the evenings.

“I’m sure Street Stuff activities will continue to be popular over the summer holidays and I would urge any kids looking for something to keep them occupied to check out what is on offer in their area.”

St Mirren chief executive Brian Caldwell said: “We are a community club and it is important to us to be involved in schemes like this, and offer something to local youngsters.

“We were delighted the end of the first-team’s season allowed us to be able to open up our doors and give so many youngsters the chance to play on the pitch and in the dome at St Mirren Park.

“Going by the size of the crowd there on the night, we are sure they enjoyed the experience.”

The latest Street Stuff timetable can be viewed online at www.activerenfrewshire.com