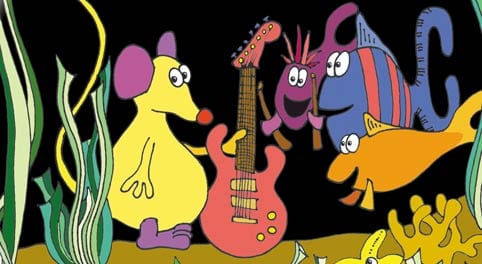 The future of the ocean rests firmly on the shoulders of one brave little mouse in this colourful children’s show. Performing at Paisley Arts Centre on April 10, this is another Oscar escapade by Mousetale Puppets that is sure to capture the imagination of the audience – young and old alike! Oscar and his friend Fin the fish will be swept into an exciting underwater mystery this Easter where they encounter the wicked Emperor Gritsklyter and a power which controls the whole sea. Can they rescue the Deep Sea Pearl and save the ocean from the evil Emperor’s iron rule?

Fast-paced, energetic and extremely funny, this firm family favourite has been produced in Mousetale Puppets’ distinctive glow-in-the-dark style with the cast made up entirely of fluorescent rod puppets that glow under the ultraviolet light.