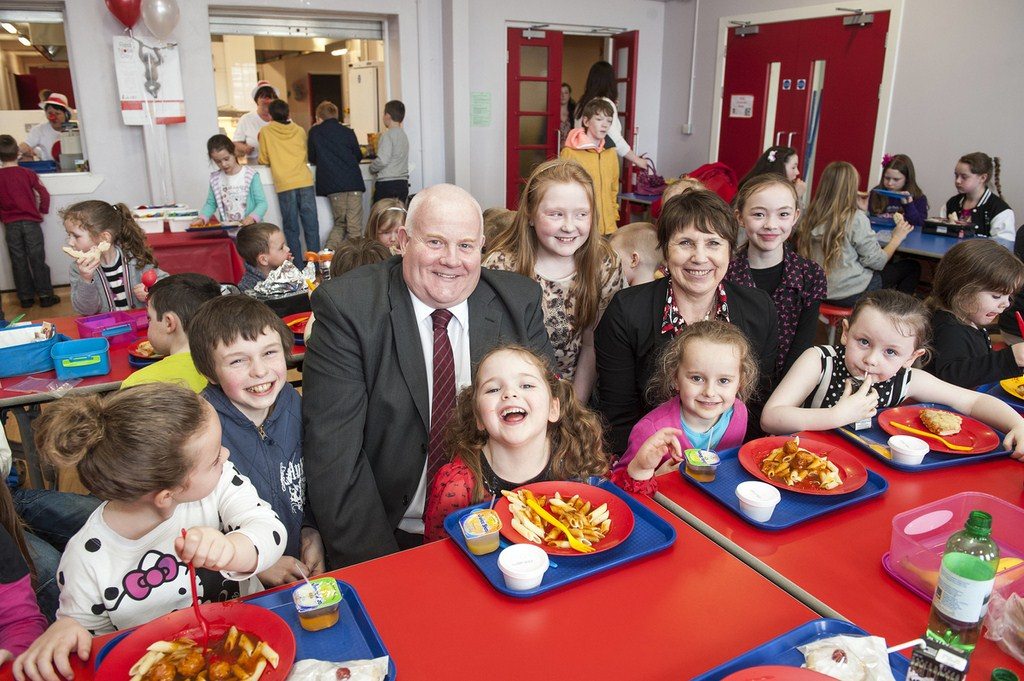 Pupils and catering staff get fundraising

It’s been pretty active on the fundraising front for pupils and school meals catering staff in all Renfrewshire primary schools of late.

Amongst them, pupils and school meals catering staff at Bushes Primary School in Paisley donned their red noses and helped boost the funds being raised for Comic Relief.

Councillor Eddie Devine, Convener of Renfrewshire Council’s Environment Policy Board, said: “Bringing about positive and lasting change in the lives of poor and disadvantaged people by investing in work that addresses people’s immediate needs, as well as tackling the root causes of poverty and injustice is a key aim for Comic Relief and SCIAF.

“Similar efforts repeated in schools, homes and workplaces across Renfrewshire throughout the year contribute to transforming lives here in the UK and abroad.”

Councillor Jacqueline Hendry, Convener of the Education Policy Board, said: “SCIAF work in over 16 countries across Asia, Africa and Latin America, to help some of the poorest people in the world, regardless of religion work their way out of poverty.

“Today’s fundraising efforts for both charities will make a contribution to that work and raise the profile of how much work still has to be done to tackle poverty.” www.renfrewshire.gov.uk