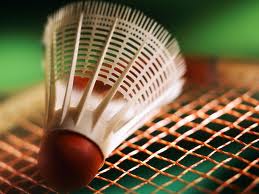 The players came together to take part in the Renfrew Area Schools Badminton Association (RASBA) competition with a team of top players now set to represent Renfrewshire, East Renfrewshire and Inverclyde at the Scottish Secondary Schools Championship at Perth in March. The pupils took part in singles and doubles events in under 14, under 16 and under 19 age groups at the end of January at the Lagoon Sports Hub.

And the team that’s been selected to represent the area is:

Councillor Jim Harte, Convener of Renfrewshire Council’s Sport, Leisure and Culture Policy Board, said: “This fantastic event brought together pupils from three areas to showcase their talent in badminton and give them a chance to go forward and compete at national level. Badminton is a great sport that helps our young people be more active while developing a range of physical skills. My congratulations go to all who took part and I’d like to wish those who will represent the area at national level the very best of luck.”