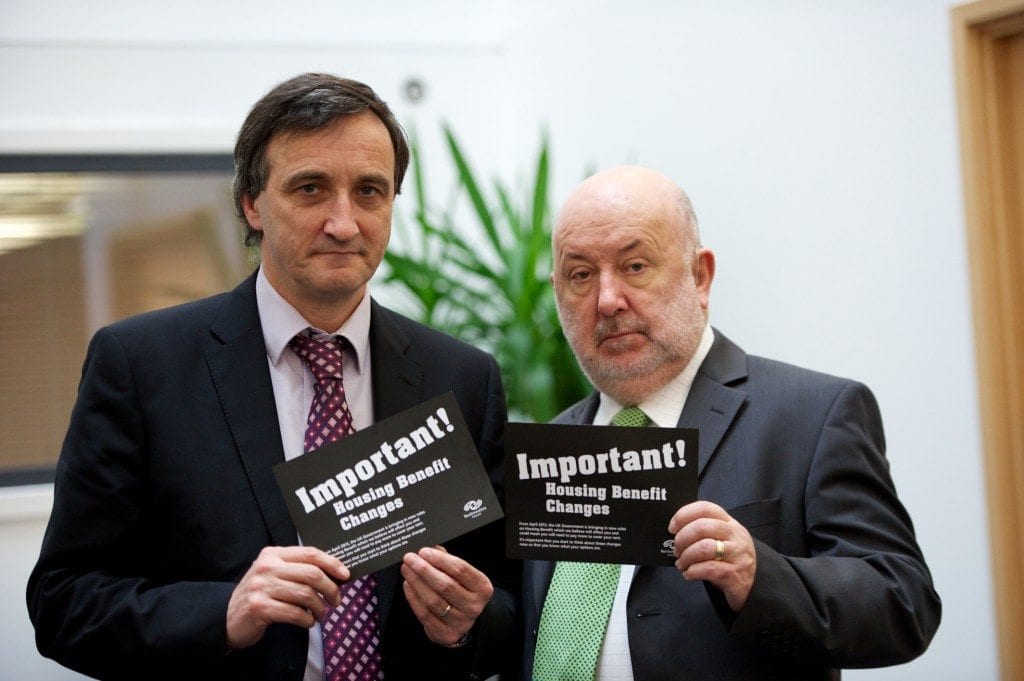 Renfrewshire residents are being urged to prepare now for major welfare reforms which could see them lose out on benefits.

Renfrewshire Council is launching a range of measures to help local residents prepare for the impact of changes being made to the benefits system by the UK Government under their Welfare Reform programme.

Councillor Mike Holmes, Renfrewshire Council’s Welfare Reform spokesperson, said: “The huge benefit changes being brought in by the UK Government are seriously worrying and what we’re particularly concerned about is that people don’t know about the changes or aren’t going to find out early enough for them to prepare.

“That’s why we’re taking action to raise awareness and provide as much information about the changes as possible, as soon as possible.

“We’re also keen to work with our partners wherever possible to support local residents so the Welfare Reform summit in December will be an important opportunity for local organisations to get together and discuss a joined up approach.”

Working age people in Renfrewshire could lose as much as £22million in benefits as a result of welfare reform.

The council is hosting two events in December, including a Welfare Reform summit with partner organisations, such as housing associations and advice providers, whose clients will also be affected in order to explore ways of working together to help local people.

The second event will be a Make the Most of Your Money Day in Paisley Town Hall on Thursday 13 December which will offer members of the public a chance to come along and speak to a range of experts and organisations about benefits, debt and money advice.

Information about the imminent changes will also be provided on the council’s website and social media sites, and staff training is being carried out to ensure key groups of council employees can advise the public of changes that might affect them and where they can get support.

The customer contact centre within the council’s headquarters is also being revamped to create more space to cope with anticipated increase in demand for services from the public.

In addition, eight young unemployed people have been taken on as trainees to provide further support for housing tenants affected by benefit changes. Over the next few weeks, the council will be sending leaflets to tenants expected to be affected by new housing benefit rules, often known as ‘under-occupancy rules’ or ‘bedroom tax’.

These rules will mean people in social rented accommodation who the government believes have more rooms than they need will have their housing benefit cut. In many cases this means the amount of housing benefit they receive will no longer cover their rent.

Councillor Tommy Williams, Convener of Renfrewshire Council’s Housing and Community Safety Policy Board, said: “We’re sending leaflets to our tenants who are going to be affected by under-occupancy rules set to come into effect in April.

“This change alone is expected to affect more than 3000 households in Renfrewshire and could see more than £1.8million in housing benefit lost locally so it’s vital that we start to speak to our tenants now about what options are available to them.

The changes being brought in under Welfare Reform are largely aimed at people of working age, rather than pensioners.

To find out more about the changes go to www.renfrewshire.gov.uk/benefitchanges