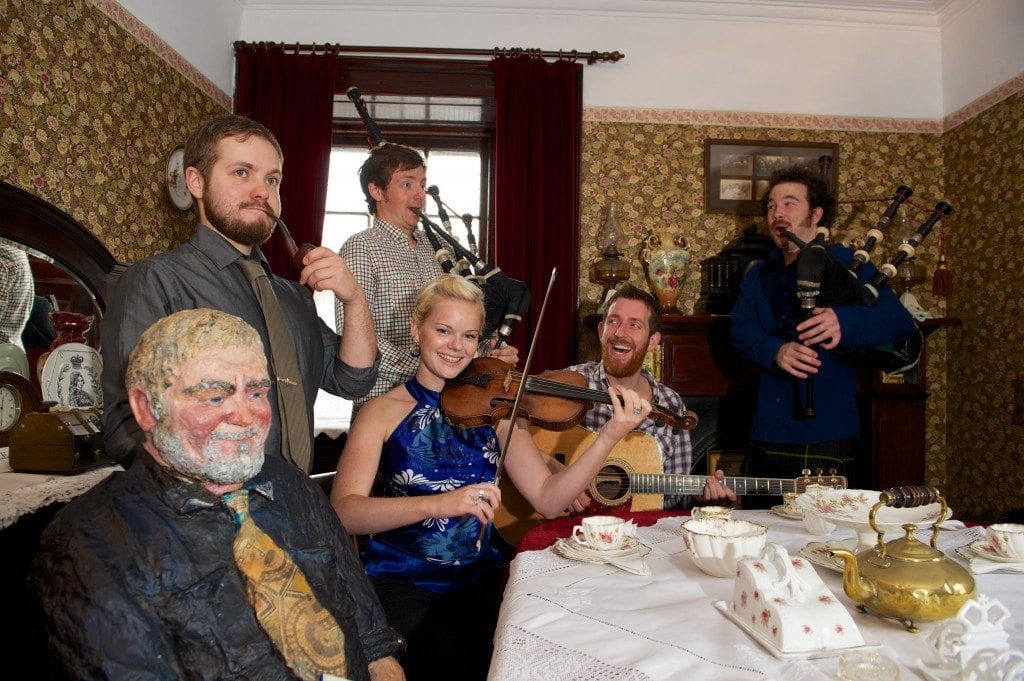 The Spree, Scotland’s new national music and arts festival will launch in Paisley 25-28 October and will herald the year of Mod Phaislig 2013 (The Royal National Mod in Paisley).  Spree organisers have been working with Celtic Connections to bring a flavour of the Danny Kyle Stage back to his home town. The Spree will celebrate the emerging talent platform and what Danny Kyle did for some 89 acts. Danny put his stage together to give new artists the break they needed.  It toured folk festivals throughout the UK and helped to launch 89 new acts.  On Sunday, 28 October, the Danny Kyle stage will be in Paisley, in our Spiegeltent and doing its job well; showcasing the best in new Scottish talent.

Renfrewshire Council Leader, Mark MacMillan, is enthusiastic about the festival:

“We are delighted to be working with The Spree to bring a taste of the Danny Kyle Open Stage to Paisley. Every year at Celtic Connections the cream of new musical talent perform on Danny’s open stage and it is a great opportunity for young musicians to get recognised. Danny has left an incredible legacy to Scottish folk music.”

Danny Kyle died in the summer of 1998. He was one of the best loved and most influential people on the Scottish folk music scene. He’s remembered fondly for his sense of humour, his terrible ties and his very bonnie bunnet.

The Stonehaven Folk Festival chose to commemorate Danny with a statue by Penicuik artist Jan Miller.

Ewan Robertson, guitarist in Breabach comments: “Being named as finalists in the 2005 Danny Kyle Open Stage at Celtic Connections was a huge honour for us. Liz Clark and Gibb Todd have done a fantastic job continuing Danny’s work of discovering and promoting new Scottish music. It’s a legacy we’re really proud to be a part of.

“The band has developed and matured a great deal in the seven years since taking part in the open stage. With the interest and support we received following it we were able to launch a professional career.

“More recently we’ve added double bass into the mix, replaced 2 band members, released our 3rd studio album and toured in Europe, North America and Australia. Everything has just clicked into place and we’ve been having a ball.

“The prospect of playing the Spree in Danny’s home town is a really exciting one. We love to travel but ultimately the most special gigs are always the ones at home and we can’t wait for this one.”

Other features of the Celtic Connections day (outwith the Danny Kyle Stage) include: