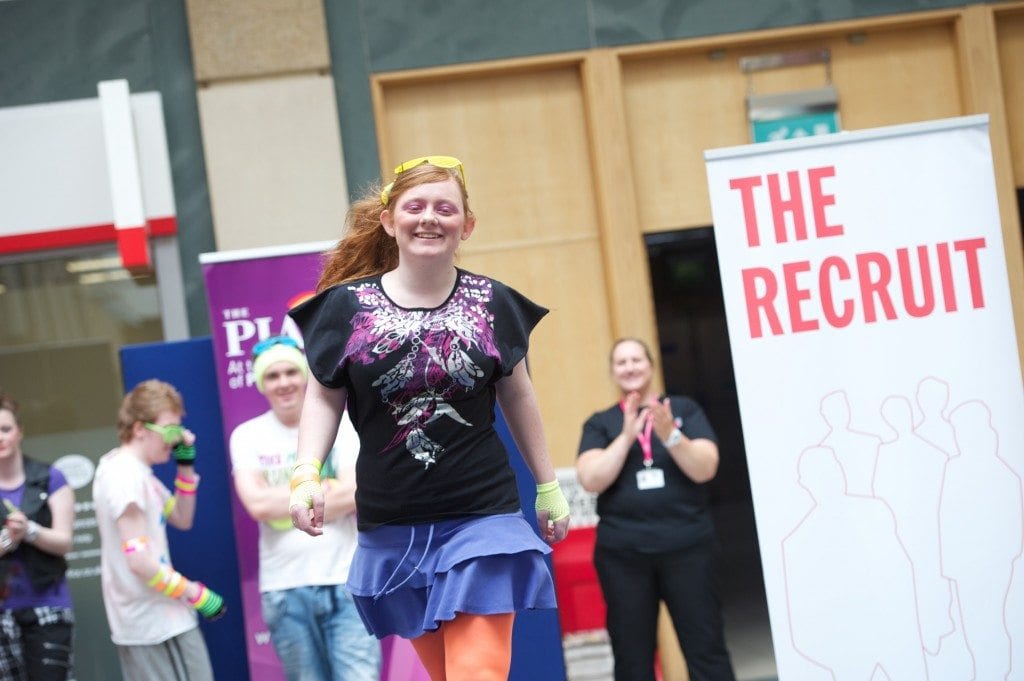 Renfrewshire’s Recruits took to the catwalk with not one but two fashion shows in a busy Paisley shopping centre to raise money for charity.

The 45 young people taking part in this year’s Recruit programme were given the task of planning and staging their own fashion show on a busy Saturday afternoon in Paisley’s Piazza Shopping Centre.

The teams had to plan and source every detail of their show from the music, clothes, hair and make-up.

They were also then tasked with taking part in a special Piazza fashion show with each team being allocated a store within the centre whose new in-store clothes they had to promote.

Choreographer Susanne McNeil helped the Recruits master their moves for the catwalk and came along to mark them on the day.

They were also supported by two stylists from James Martin Hairdressing of Causeyside Street in Paisley, who helped style the Recruits’ hair on the day to match their themes.

The Recruit is a council-run youth employment project loosely based on telly favourite The Apprentice, which sees young hopefuls compete through a series of business-based challenges, with jobs on offer for the winners.

The hugely-popular programme has taken place in Renfrewshire since 2010, but this summer sees two editions running simultaneously – one for S5/6 pupils, and another for unemployed 16-19-year-olds.

A winning team was named from each of the two groups.

Team Skyline won from the 16-19 programme. Taryn McGrath, 18, said: “The day was very stressful and my team members were very nervous beforehand. However, after getting on the catwalk it was amazing and my nerves went away. My team would carry out the Fashion Show everyday if we could!”

From the fifth and sixth year programme, Team InCepto were named winners.

Daniel Carroll, 17, said: “I had an amazing time at the Fashion Show and it was a great experience. I thought everyone did exceptionally well and should feel so proud of themselves for raising money for such a worthy cause.”

As well as running and performing in the fashion shows, the Recruits collected donations for charity from the audience. All money raised on the day will go to the Children’s Hospice Association Scotland (CHAS).