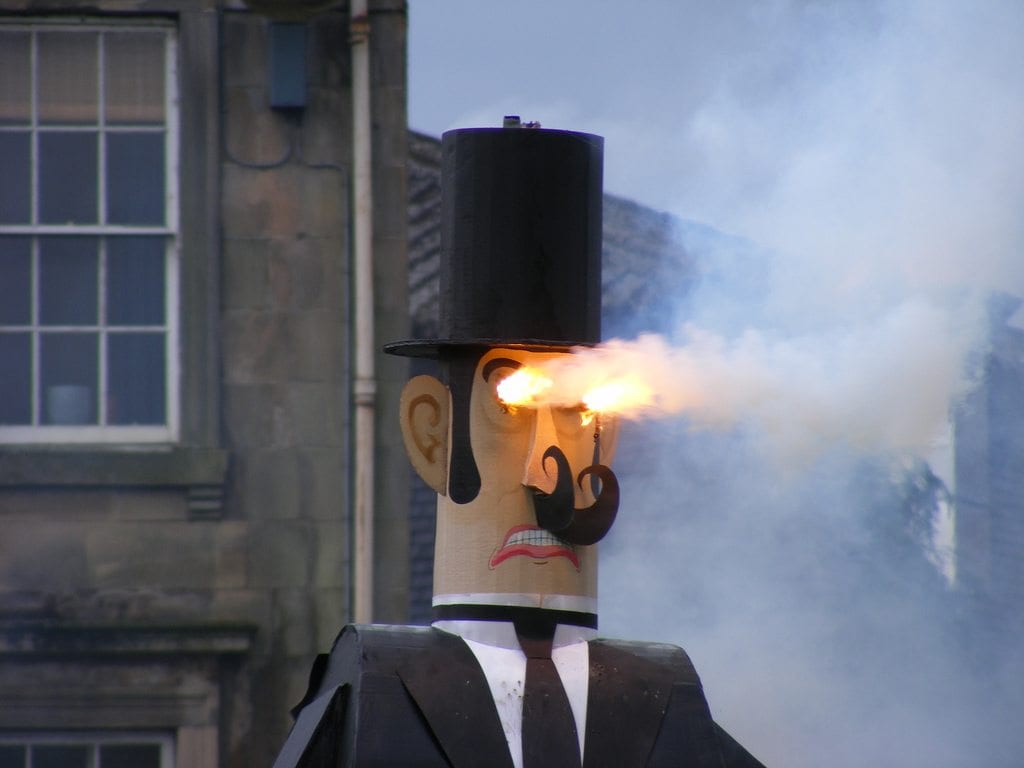 Next Saturday 7th July is the annual Sma’ Shot Day Parade. Parade starts at 12pm, burning of the ‘Cork’ at 5pm, the parade starts at Brodie Park, entertainment throughout the afternoon at Abbey Close.

The festival came about as a result of a political battle fought between the weavers of Paisley and their employers, the manufacturers, in the 19th Century.

However, the Sma’ Shot was unseen in the finished garments and so the manufacturers, known locally as ‘corks’, refused to pay for the thread.The weavers had no choice but to buy the thread themselves. Without it the shawls would fall apart and the weavers would not be paid for their work. A long dispute followed.

In 1856 the first Saturday in July, a traditional holiday for the weavers, was renamed Sma’ Shot Day in honour of the victory.From that day and for many years, the Charleston drum was used to rally weavers and lead them to the departure point for their annual trip, usually “doon the watter” to Ayr.
The demise of the weaving industry, the introduction of the five day working week and a change in local government brought an end to Sma’ Shot Day in 1975, but in 1986 local councillors and the people of Paisley decided to revive this great tradition.
Since then, on the first Saturday of July, once more the beating of the Charleston drum rallies the people of Paisley to a gathering outside Paisley Town Hall, and a procession is held through the streets of Paisley, led by ‘The Cork’, an effigy of one of the manufacturers defeated by the Paisley weavers.
https://www.paisley.org.uk/wp-content/uploads/2011/08/smashot.jpg 768 1024 Brian McGuire https://www.paisley.org.uk/wp-content/uploads/2015/09/paisley-logo-trans.png Brian McGuire2012-06-27 15:56:222021-05-13 14:18:22Sma Shot Day 2012

Glasgow News? Daily Updates part of our network
World Premiere of Dawn of the Fegs

Revisiting The Russell
Scroll to top
Go to mobile version