Huge thank you to Cindy and Frank Photography who supplied these excellent photographs of the Sma’ Shot Day Parade, you can see more of Cindy and Franks work on Facebook www.facebook.com/cfgphotographers 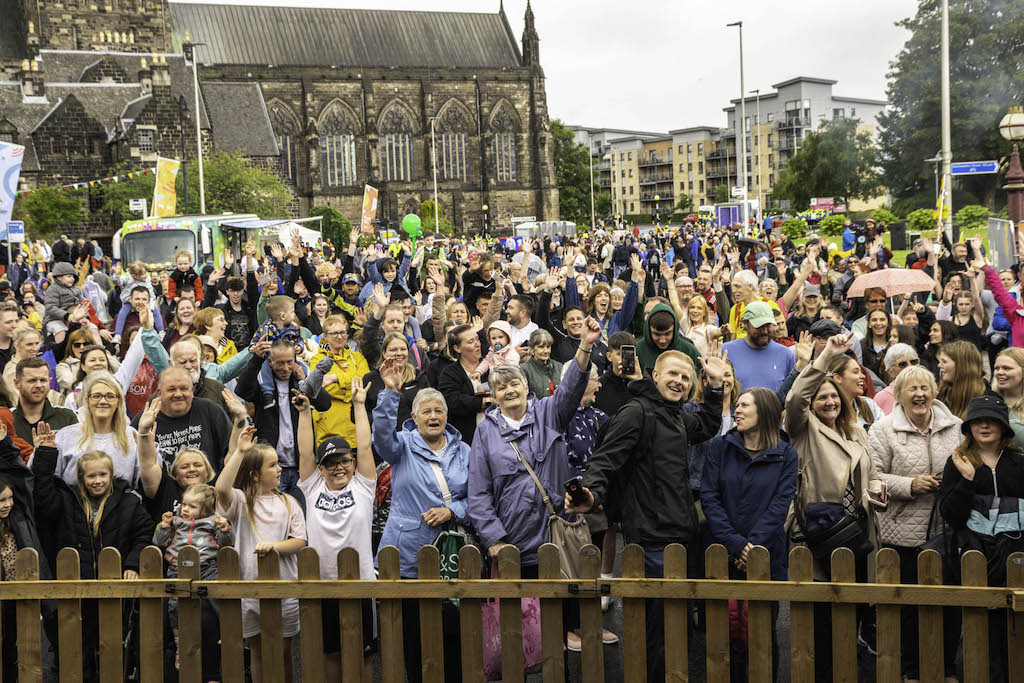 The Crowd outside the main Stage Abbey Close, Paisley.

You can find lots more photographs and videos on our Facebook page by clicking here.