Renfrewshire will from this week host two new Covid-19 testing options as the ongoing campaign to keep rates of the virus down continues.

Renfrew town centre has been chosen to host a UK Government-run Local Test Site – offering PCR tests for people with symptoms, or who have been required to get a PCR test. 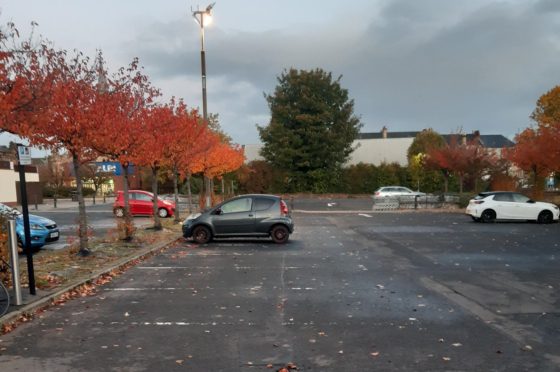 The site will be in the car park at Charles Avenue (just off the High Street) and will help make testing more accessible for anyone without a car.

It is expected the site will be built from Wednesday of this week and will be open by Friday.

The site will work in the same way as the existing one at Bridge Street in Paisley or the regional test site at Glasgow Airport, with tests bookable via the UK Government website.

Meanwhile, Renfrewshire Council is expanding the options available for community testing, with a new bus set to hit the road offering lateral flow tests to people without symptoms.

The Renfrewshire Community Covid-19 testing bus will be appearing at various sites across the area in the weeks ahead.

Anyone can drop-in for a test or to take away a pack of lateral-flow tests for home use. The bus is only for those without symptoms – anyone with symptoms should book a PCR test instead.

The schedule for this week will see the bus at the following, with further dates to be confirmed:

Renfrewshire Council leader Iain Nicolson said: “With rates of Covid-19 remaining high across Scotland, testing remains as important as ever.

“The new government-run site in Renfrew town centre will help make it easier for those who need a PCR test to get one.

“And with one in three people who have the virus not showing symptoms, it remains vital the rest of us do our bit to stop the spread by taking lateral flow tests, even if we feel fine.

“The council’s new community testing bus will make that easier and it will be travelling round Renfrewshire to a venue near you in the weeks to come.”

Glasgow News? Daily Updates part of our network
Paisley’s ‘Out of this World’ Halloween celebrations return this week