The final push for points has started as the interactive travel game Beat the Street Renfrewshire draws to a close. 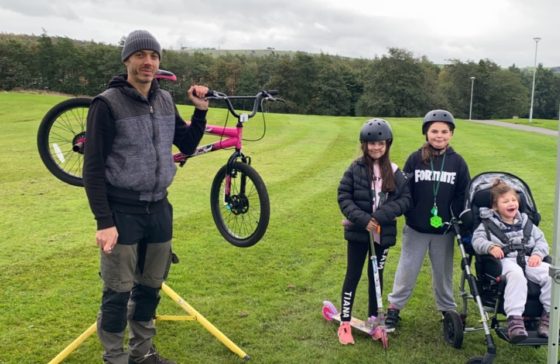 From today (Wednesday, 20 October) until the end of the game, 27 October, players will take part in Go Celebrate week where every Beat Box in the game will be giving out double points.

The game comes to an end at 7pm on 27 October when the leaderboards will be taken down and the winners announced shortly afterwards.

More than 6,230 people from Bridge of Weir, Elderslie, Houston, Howwood, Kilbarchan, Linwood, Johnstone and Lochwinnoch have taken part and have together walked, cycled, wheeled, run and scooted an incredible 45,000 miles so far in the competition.

It is hoped that the game will have a lasting impact on local people and they continue to lead healthier, more active lifestyles.

Councillor Cathy McEwan, Convener of Renfrewshire Council’s Infrastructure, Land and Environment Policy Board said: “I can’t believe ‘Go Celebrate Week’ is here and we’re into the final week of Beat the Street.

“The game has really been the talk of the participating towns and villages for the past few weeks, and it has been fantastic to see everyone getting active as a community.

“We’ve heard heart-warming stories of communities coming together, of people telling us how they’ve got chatting to neighbours and of players getting to experience green spaces and parts of their towns that they might not have known about before.

“The Beat the Street game itself is just the start though – when the game comes to an end, we’ll then continue to work with the local community to ensure that these healthy lifestyle habits are put into action and players are signposted to activities and community groups that they might not have known about before.”

COVID-19: rules for travel between France and the UK
Scroll to top