This weekend will see Paisley’s annual Sma’ Shot Day celebrations go digital for a second year as a series of online events are planned to mark this important date in the town’s calendar.

The online event will take place this Saturday 3 July – the time when the weavers and their families would traditionally take their holidays. 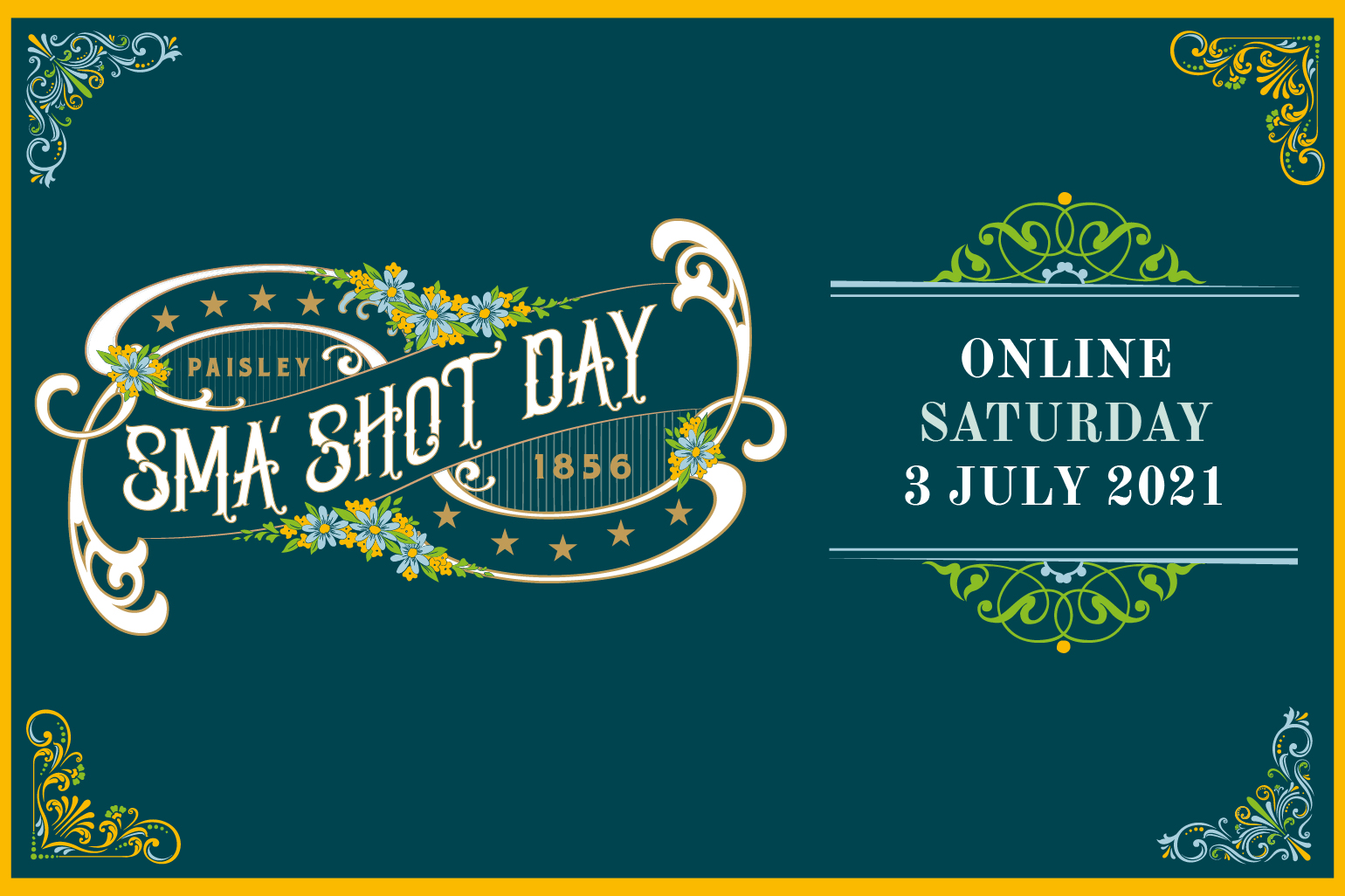 Last year’s digital Sma’ Shot Day was a huge success and this year looks set to be even better with a diverse programme of online performances and features planned to commemorate the historic victory of local weavers.

The move to take the event online for 2021 is in response to the current COVID-19 pandemic, to ensure celebrations can still take place in adherence with national guidance.

The traditional Sma’ Shot holiday in Paisley takes its name from a famous dispute between the local shawl weavers and manufacturers in the 19th century. In 1856, following a long dispute, the manufacturers backed down and an agreement was reached to pay for the Sma’ Shot, the invisible stitch which bound the Paisley shawls, with a new table of prices published on 1 July 1856.

The Burning of the Cork – the centrepiece of Sma’ Shot Day celebrations is back for 2021. People can tune in to watch the premiere spectacle of the burning effigy and enjoy an exciting an expressive telling of the ‘cork’ and ‘weavers’ story captured on film featuring captivating performances led by aerial performance company, All or Nothing, in partnership with PACE, Right2Dance and Jennifer Scott Dancers.

Loud n Proud will be showcasing a short film version of their production, ‘Sma’ Shot, the Musical’ in the evening on the Bungalow Facebook page. This mini musical compilation will give people a flavour of the full feature musical movie to be released later in the year telling the story of the Paisley weavers fight against the power of the establishment.

The Makers Market is also back and online for 2021. Delivered in partnership with Incube – people will be able to browse and buy a range of quality handmade items by local makers including Josef McFadden, Art with Heart and The Canny Squirrel.

For those who want to participate in the day they can follow a demonstration from local maker Rosie Little of Knitting on Cloud Nine on how to create a Woolly Weave Wall Hanging. Suitable for complete beginners the weaving tutorial guides participants step-by-step through some basic weaving techniques.

Also launching on the day is the Paisley Radicals: Catalysts for Change walking tour app, acknowledging Paisley’s role in the Scottish Radical War. Part audio play, part mindfulness app and part walking tour the app, produced by Civil Disobedience with app development support from Inner Ear, will address the events leading up to and including the Radical War of 1820. Funded by Future Paisley and the Paisley TH.CARS2 programme, which is jointly funded by National Lottery Heritage Fund, Historic Environment Scotland and Renfrewshire Council, the ‘Paisley Radicals’ project is a joint production between Renfrewshire Council, with support from the 1820 Society and Paisley & District University of the Third Age (U3A); and the Museums team.

Renfrewshire’s Provost, Lorraine Cameron, said: “Sma’ Shot Day is such a popular date in the town’s calendar and it’s excellent that we can celebrate it this year through a fantastic programme of online activities. The return of the signature Burning of the Cork will surely prove to be the true spectacle of the festival and I can’t wait to tune in and see the film in all its glory.

“The digital programme will offer people plenty of opportunities to have fun and learn more about this important part in the town’s history.”

For all the latest information on this event please visit: www.paisley.is/featured_event/sma-shot-day/.

Glasgow News? Daily Updates part of our network
Why Food Traceability is Essential for Consumers’ Safety