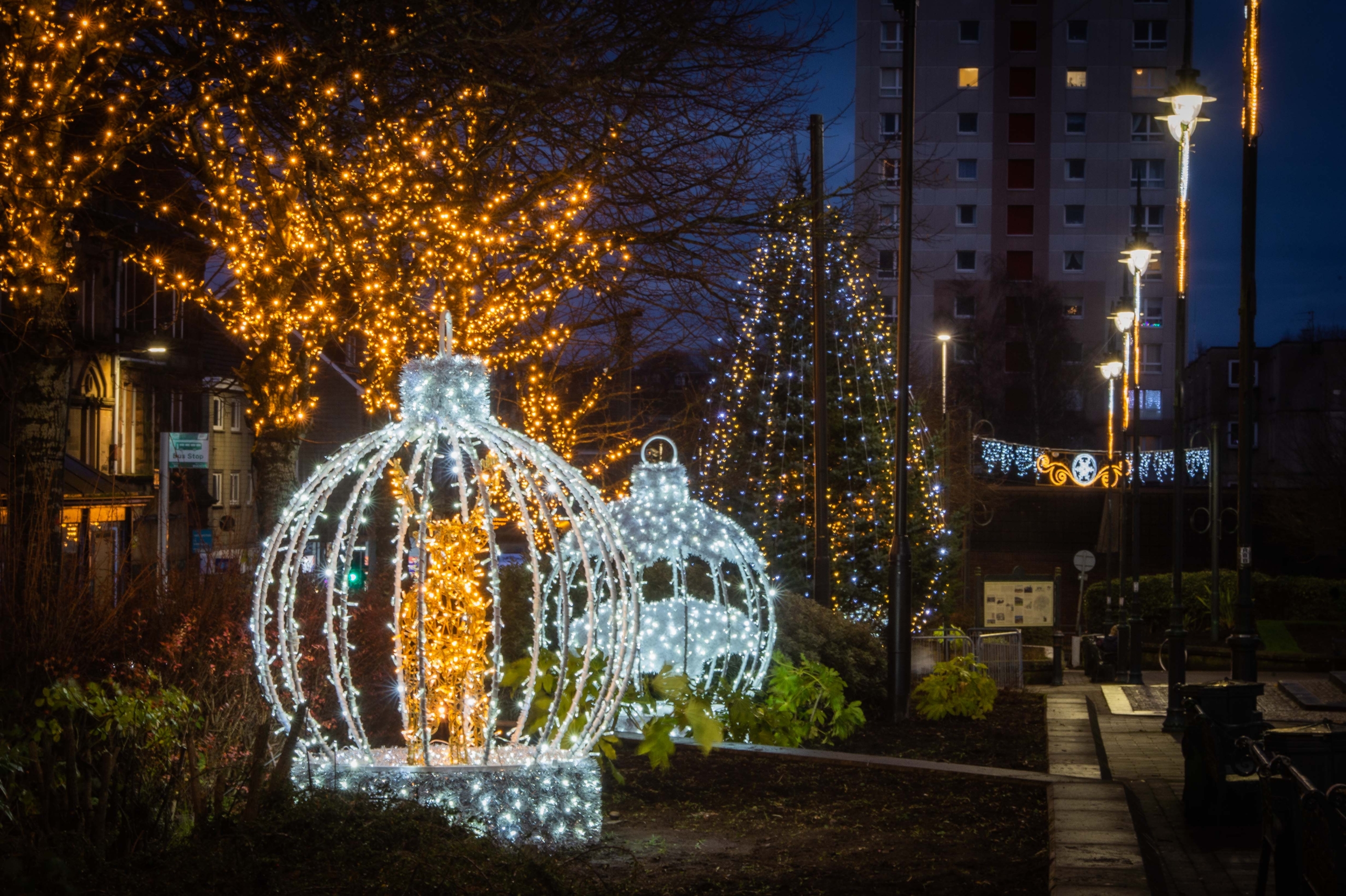 Landmark locations at the heart of Renfrew and Johnstone town centres are being lit up – as part of a collection of projects aimed at bringing new life to Renfrewshire’s town centres.

The projects have been delivered by Renfrewshire Council using the area’s share of the Scottish Government’s Town Centre Fund, intended to improve town centres across the country by encouraging new investment and uses for vacant buildings and spaces. 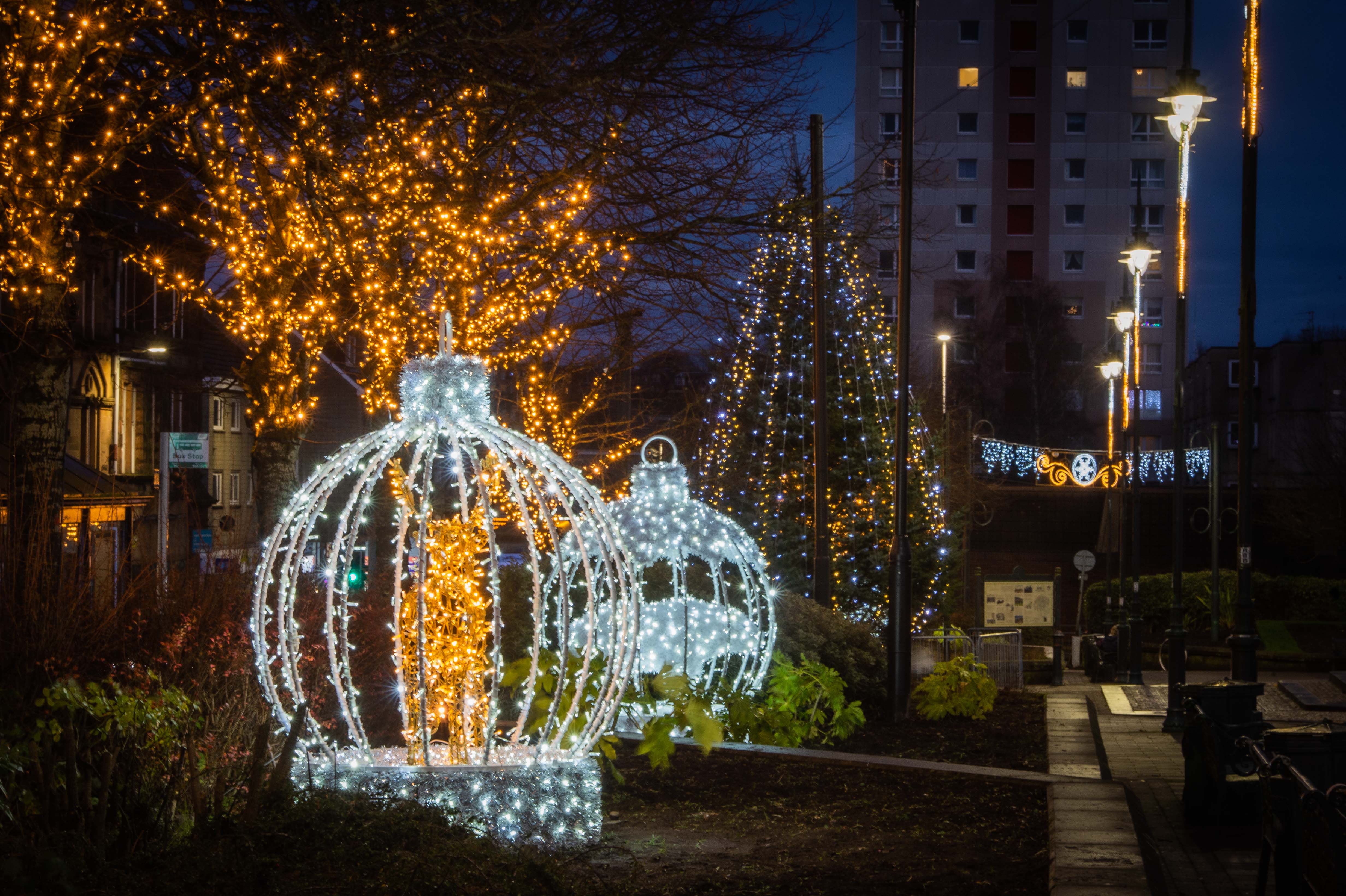 Renfrewshire initially received £1.46m from the fund in 2019, for which a series of projects in Renfrew, Johnstone, Paisley and Erskine were put into action, with some now complete.

A further £527,000 was allocated earlier this year when the government added extra money to the fund to help town centres bounce back from the impact of the coronavirus pandemic. 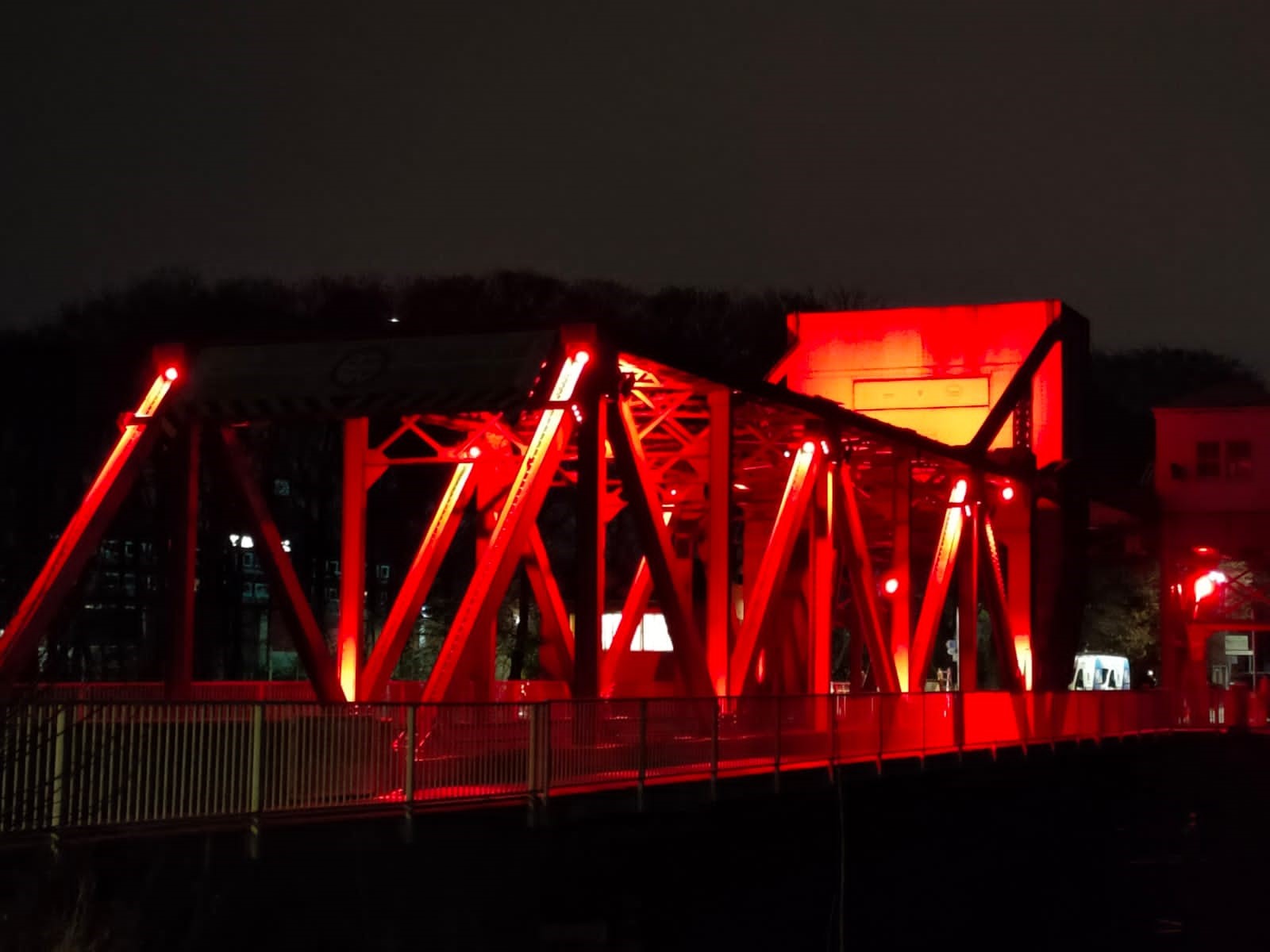 Projects which have already been delivered or are nearing completion include:

– new lighting added to Renfrew’s Bascule Bridge, with work to add new lighting, wayfinding and CCTV to Robertson Park now partly-complete and due to be finished in the spring;

– work to tidy up the gap site at the corner of Johnstone’s High St and McDowall St; 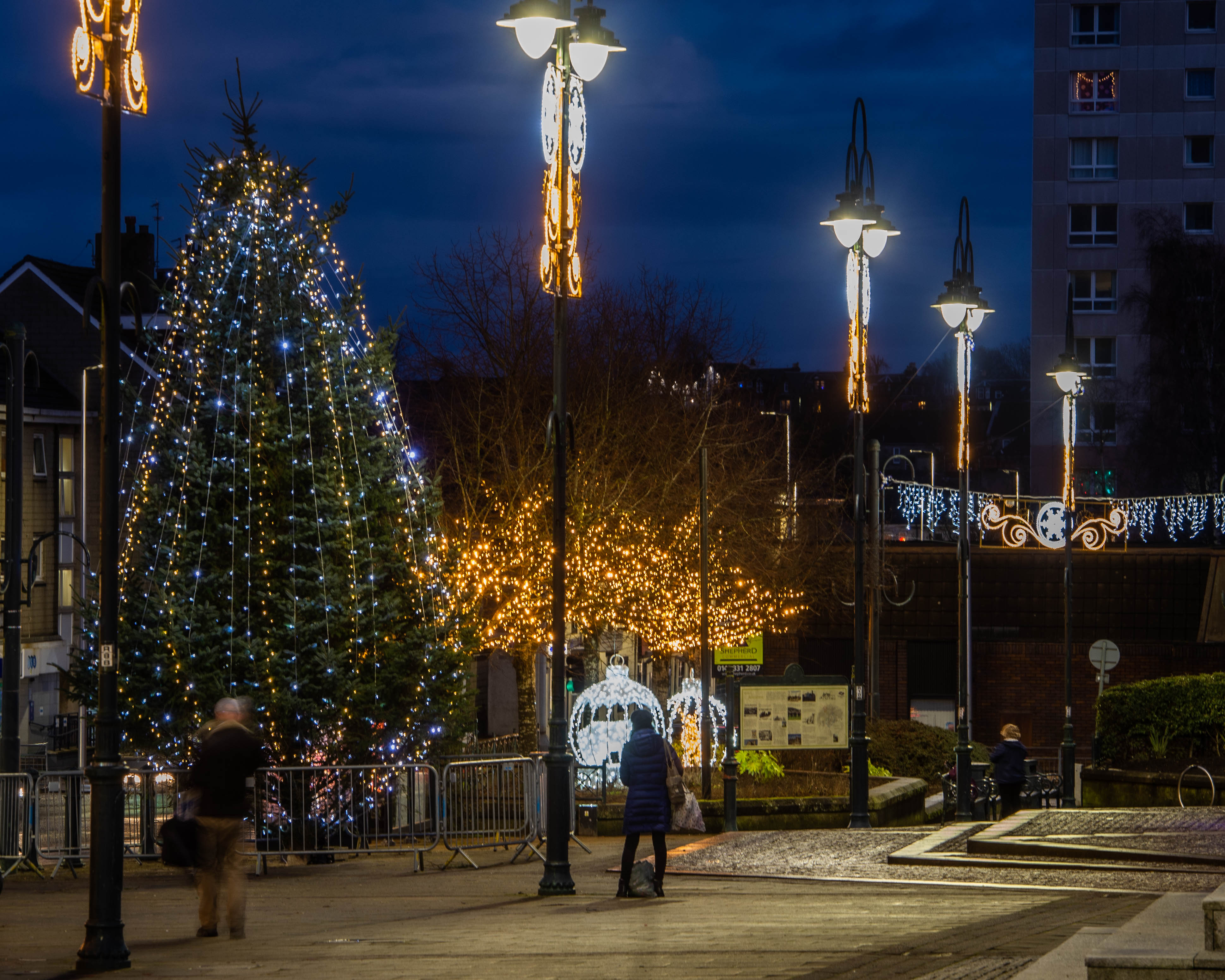 The fund is also being used to provide grants to three local community groups to support ongoing work to bring vacant buildings back into use. Each of the following projects is expected to be complete by the end of 2021:

– Active Communities ongoing work to bring the former police station in Johnstone’s Quarry Street back into use as a community hub;

– the conversion of the former toilet block in Renfrew’s Robertson Park into a cycle hub by Kustom Kruisers; 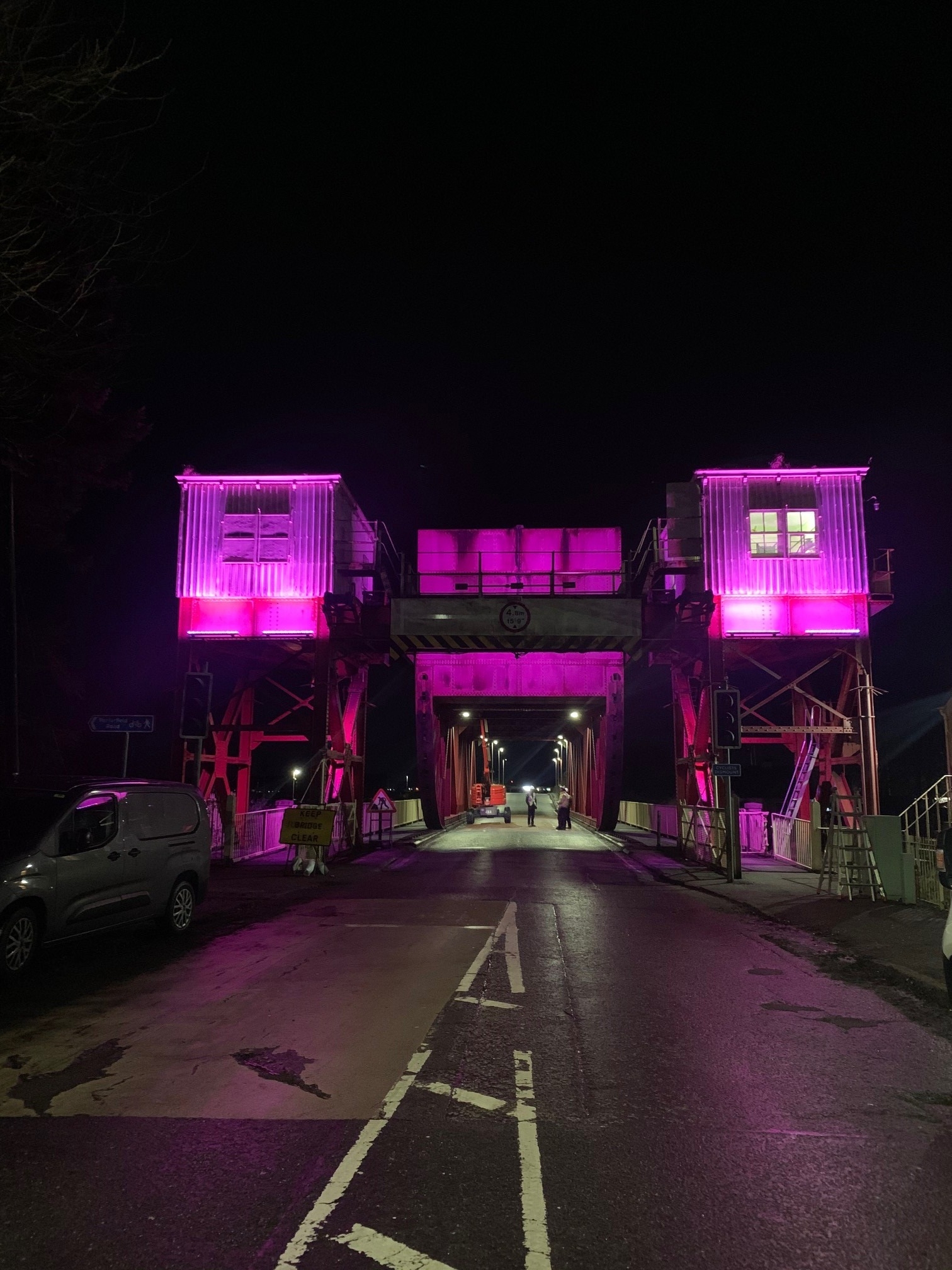 The council’s leadership board this month also approved a list of additional projects for the second tranche of money to go on, which included:

– a grant to allow the Erskine Arts charity to set up a base within Erskine Leisure Centre;

– funding to extend the council’s Start-up Street hub for new creative businesses to Renfrew as a new use for the vacant units in Dunlop Crescent;

– outdoor improvements to Paisley’s Shuttle St to help support the hospitality businesses in the street, including new a canopy of lighting and a new bin store area

– additional funding for an already-planned refurbishment of upper-floor tenements at 3 County Place, Paisley – a prominent building facing Gilmour St station which has fallen into disrepair; 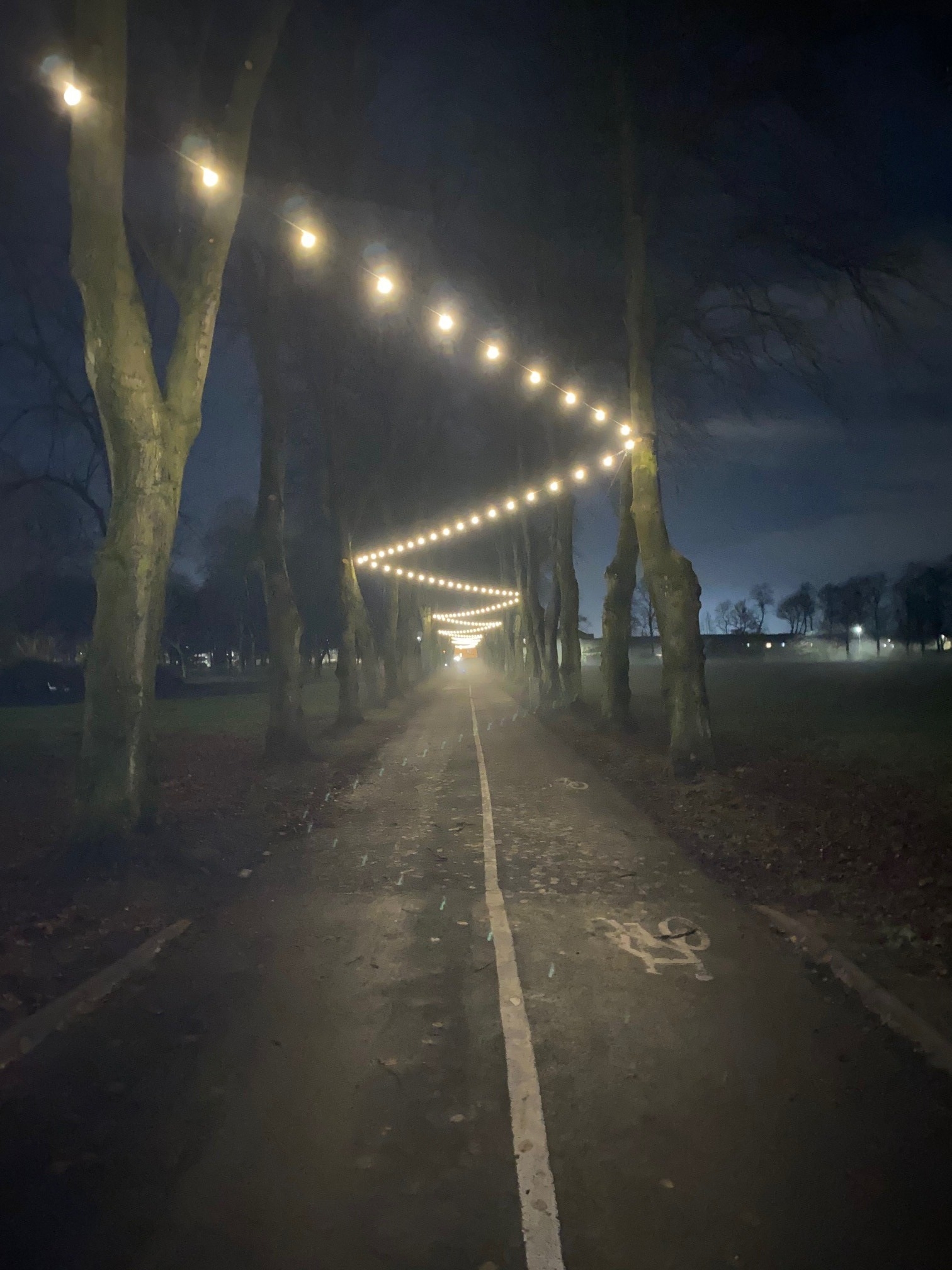 As the additional money needs to be committed by March 2021, the projects above were chosen as ones which had already been scoped out and could go on site in the next few months.

Renfrewshire Council leader Iain Nicolson said: “Ensuring our town centres are attractive places for people to live, work and invest is a big priority for the council.

“We are very mindful how hard the past year has been for town centres everywhere – we are determined to do all we can to support our traders and communities and this support from the Scottish Government is very welcome.

“We carefully considered which projects would be eligible for the funding and would have the most impact in terms of attracting new uses and investment across all our town centres. 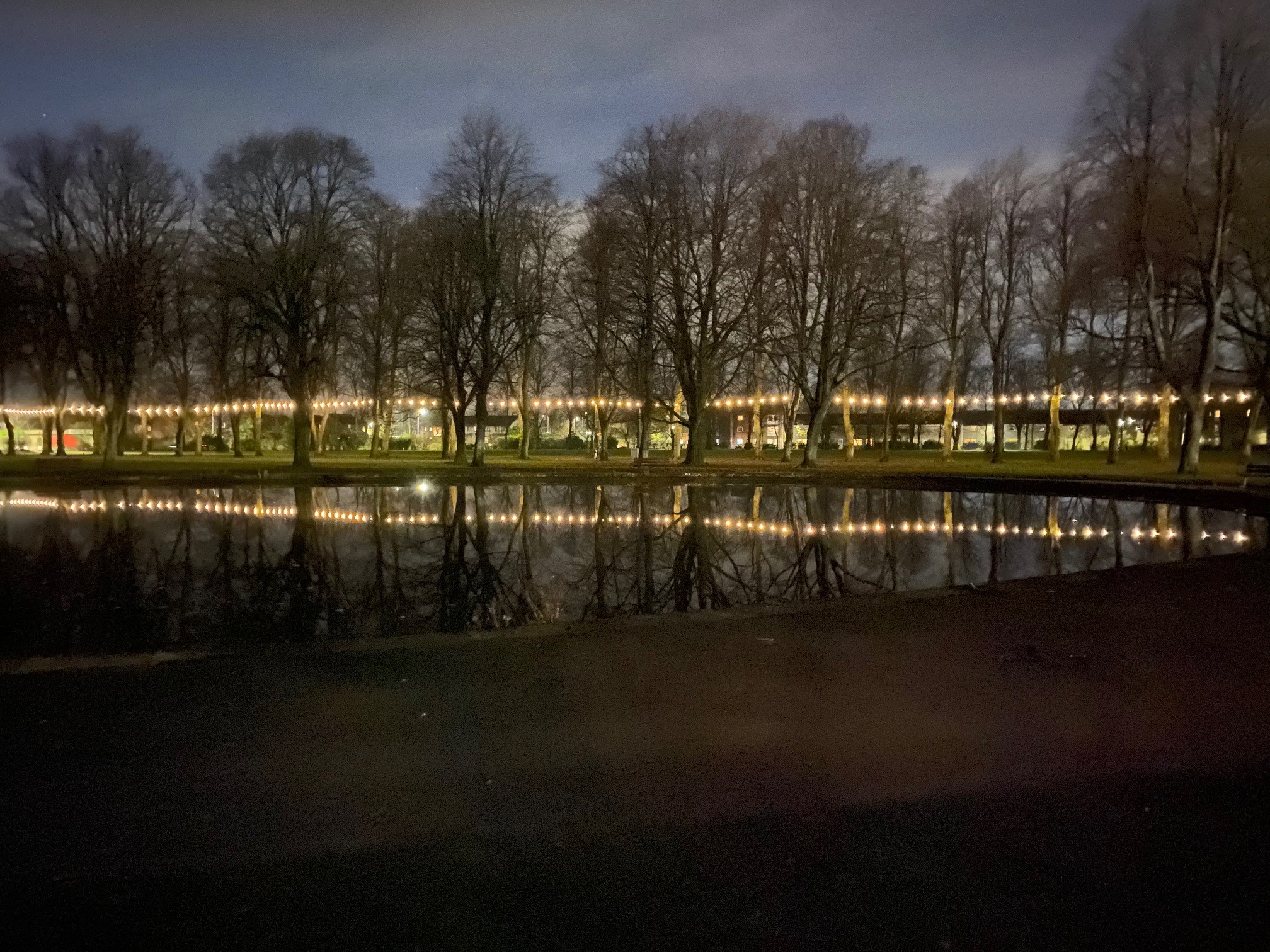 “The work has been happening since last year and we are delighted people are now starting to see the results of it – with the new lighting in Renfrew and Johnstone being the most eye-catching of the projects, and ones which have been well-received.

“And there will be plenty more for people to look forward to in 2021 as projects to bring vacant buildings back into use and improve the look of our outdoor spaces are completed.”

Glasgow News? Daily Updates part of our network
The 7 Best Ways to Save Money on Your Divorce