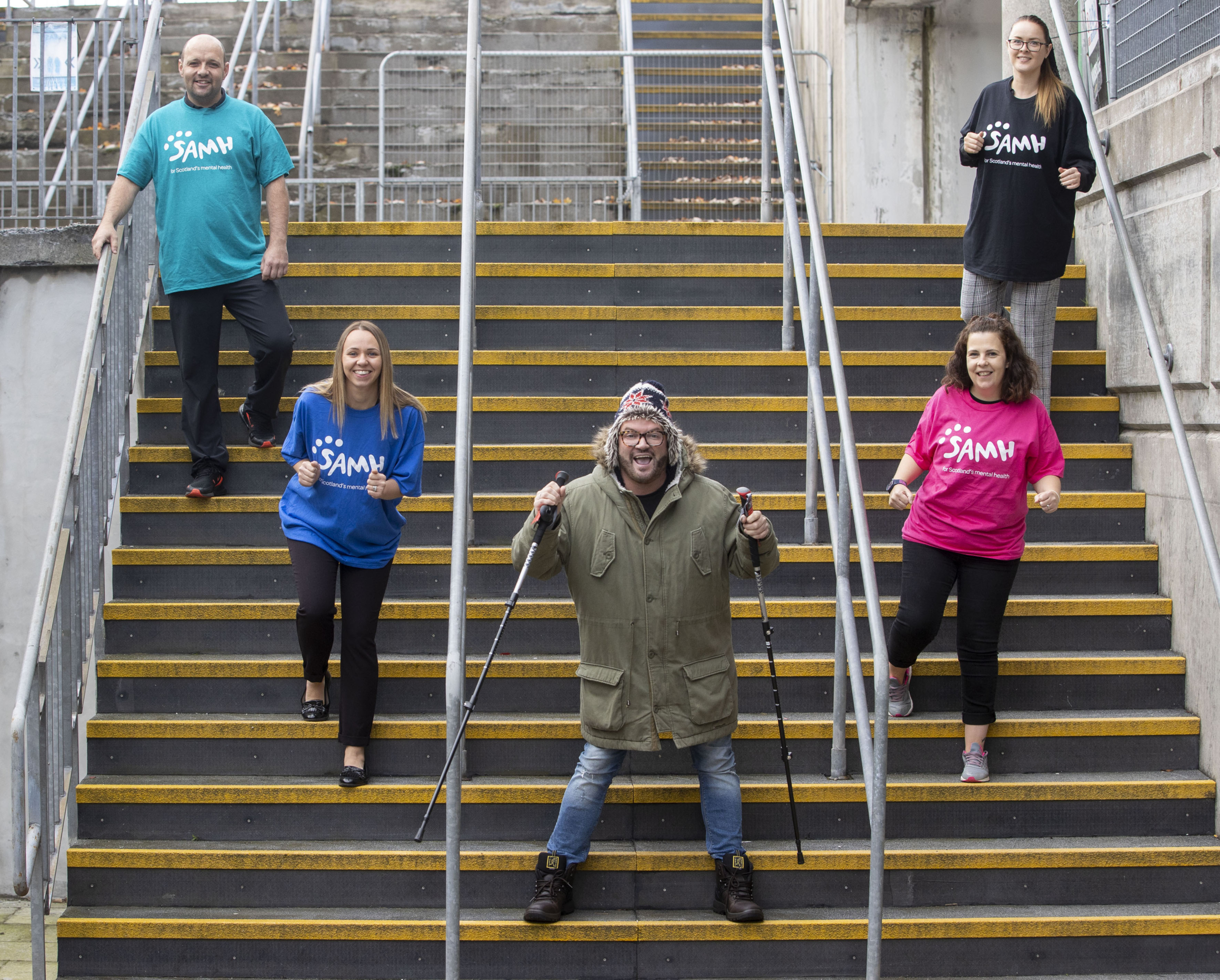 BRITAIN’S Got Talent singing star Edward Reid might have found himself a new theme song with Climb Every Mountain – because yesterday he was at intu Braehead doing just that! 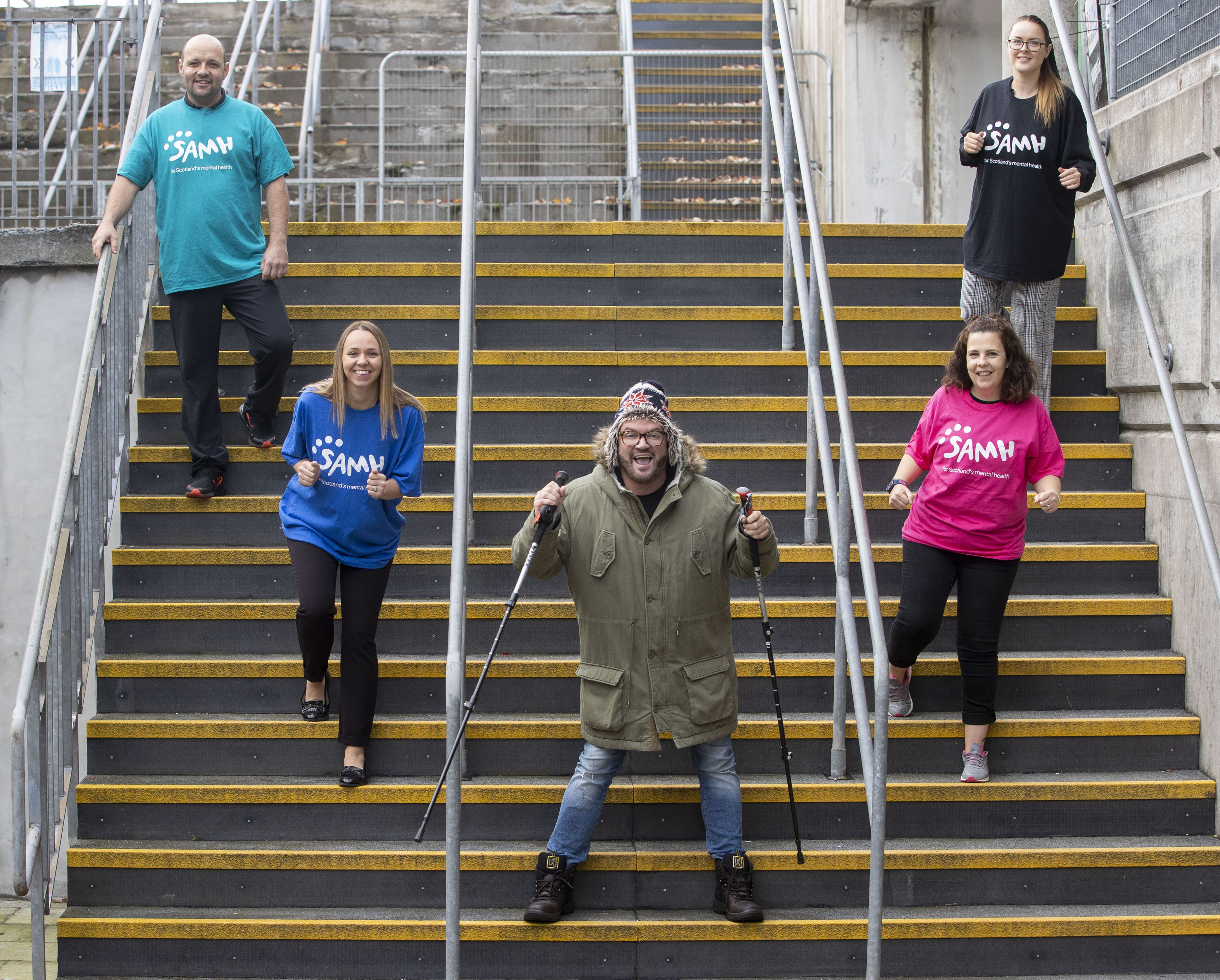 The team at intu Braehead took part in their self-organised fundraising challenge on the eve of World Mental Health Day (Saturday, October 10) and the staff raised more than £200 for the charity by climbing 16,380 stairs. 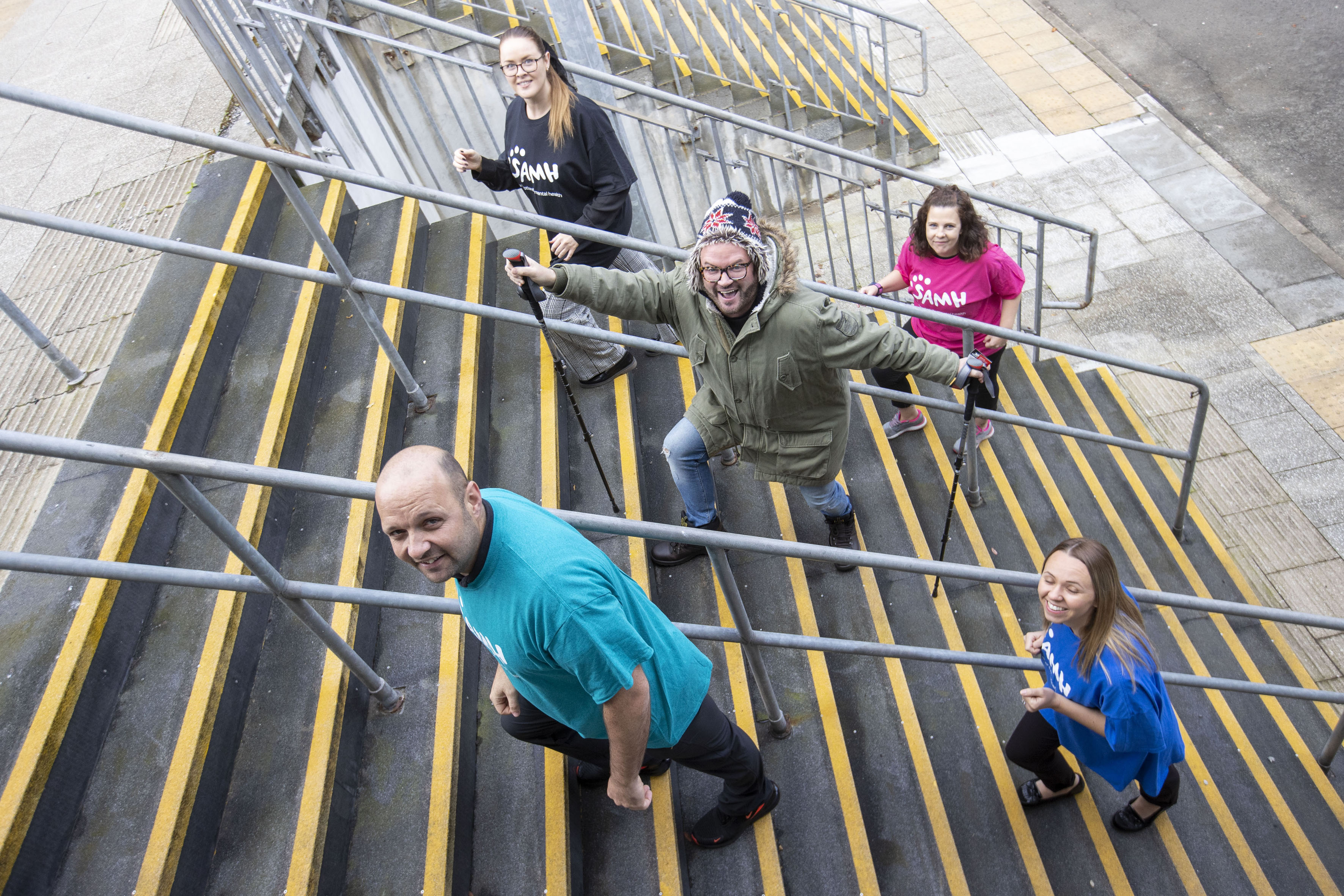 The shopping centre is also running a series of short videos of Edward giving mental health and well-being advice and tips on their social media channels in the run-up to World Mental Health Day and will continue to do so throughout the rest of the month.

Edward said: “There definitely ain’t no mountain high enough for the big-hearted folks at intu Braehead.

“They put in a fantastic effort to climb all these steps and raise money for a very worthy cause.

And he quipped: “By the time I got to the top of the flight of steps for the umpteenth time, I thought I was on the stairway to heaven!” 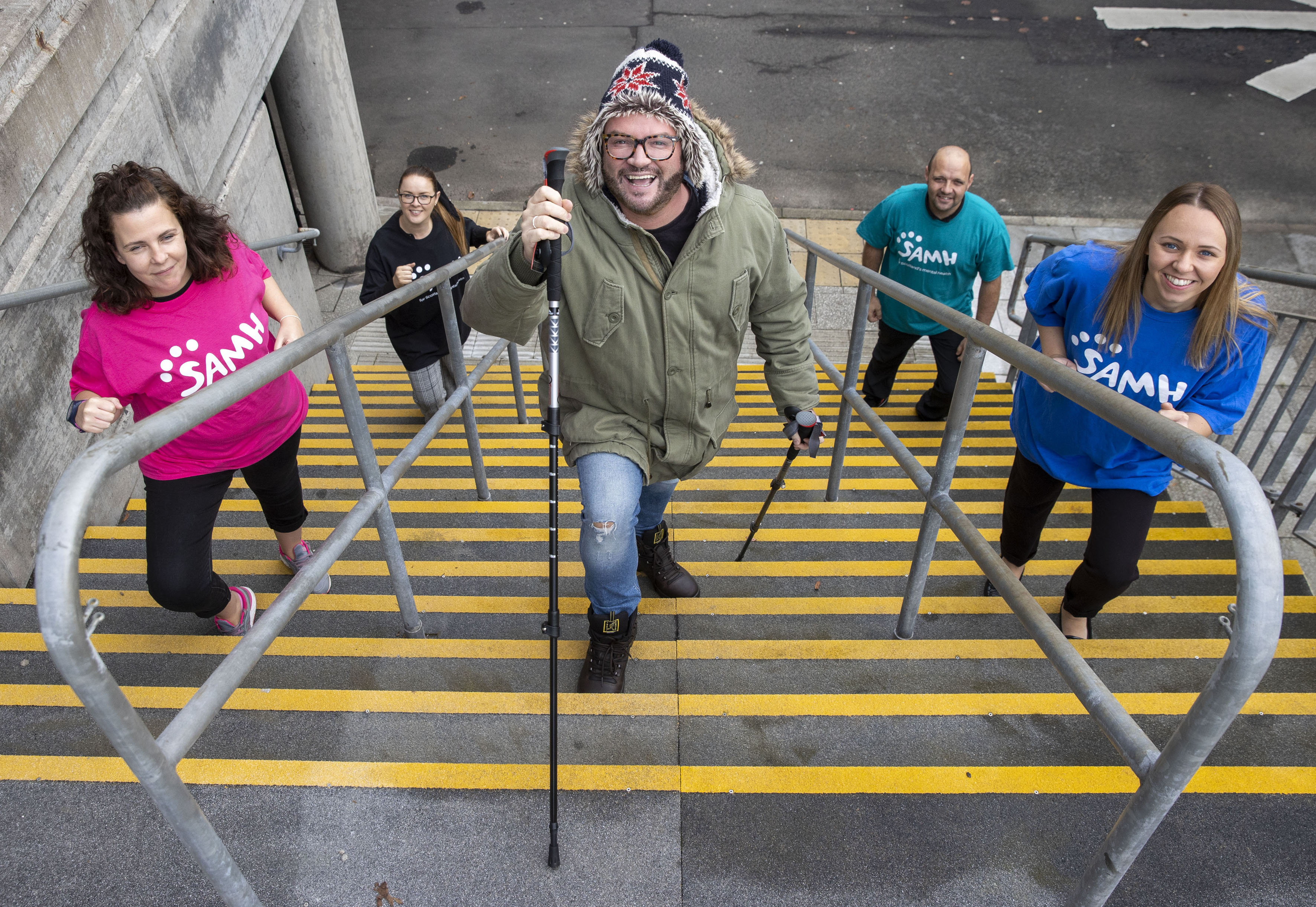 Lydia Brown, intu Braehead’s community development manager said: “It’s important everyone looks after their mental health in the same way we look after our physical health.

“SAMH do a fantastic job in supporting people with mental health problems and raising awareness across Scotland. Our team wanted to do everything we could to help support the charity with their fundraising and raise awareness about mental health and wellbeing.”

SAMH has put together a dedicated coronavirus mental health information hub for anyone looking for help or support during the pandemic, which can be found on its website – https://www.samh.org.uk/.

Glasgow News? Daily Updates part of our network
Grab yourself a £5 deal in Paisley town centre with FiverFest!