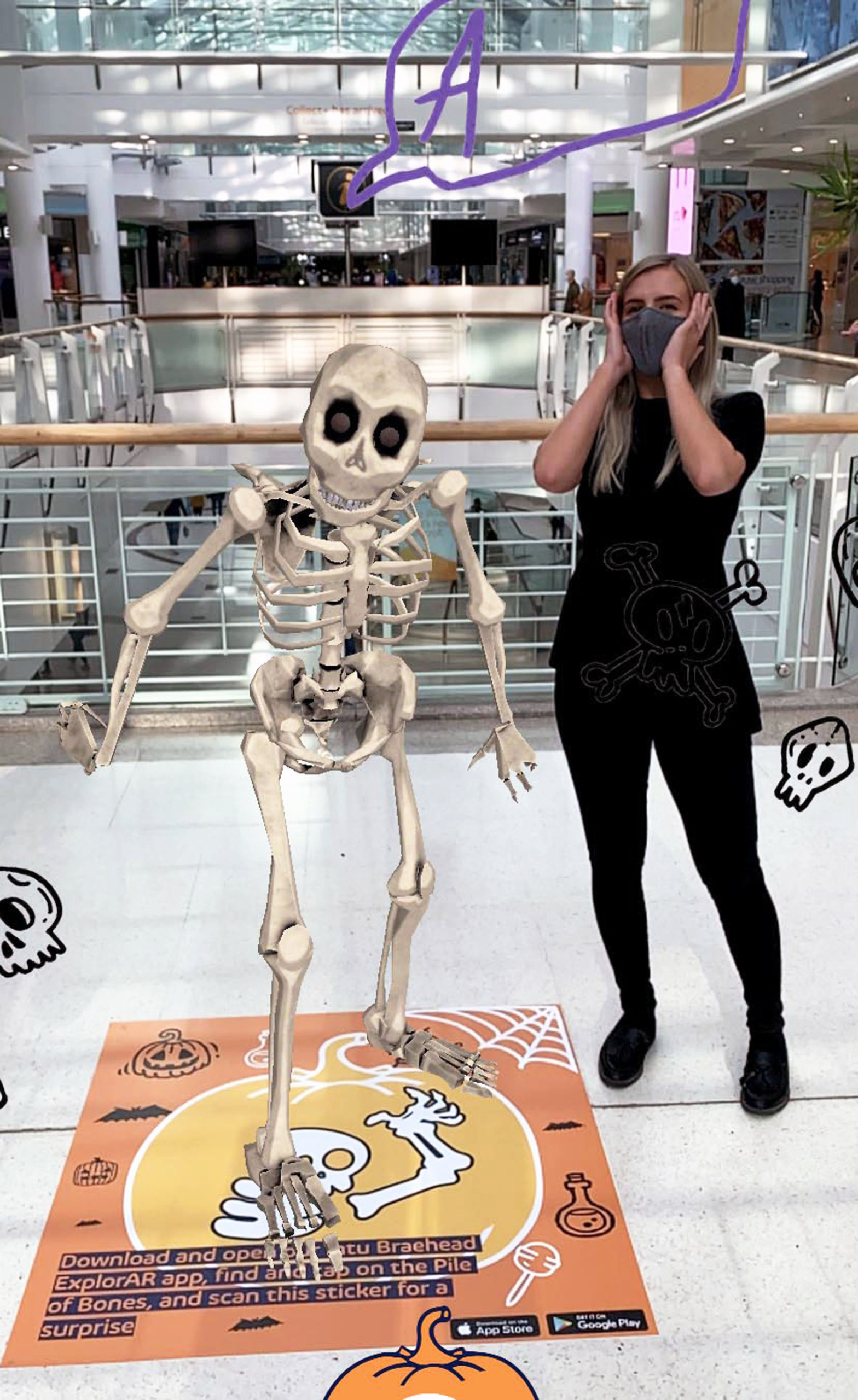 THINGS have gone mall spooky for Halloween at the intu Braehead shopping centre. 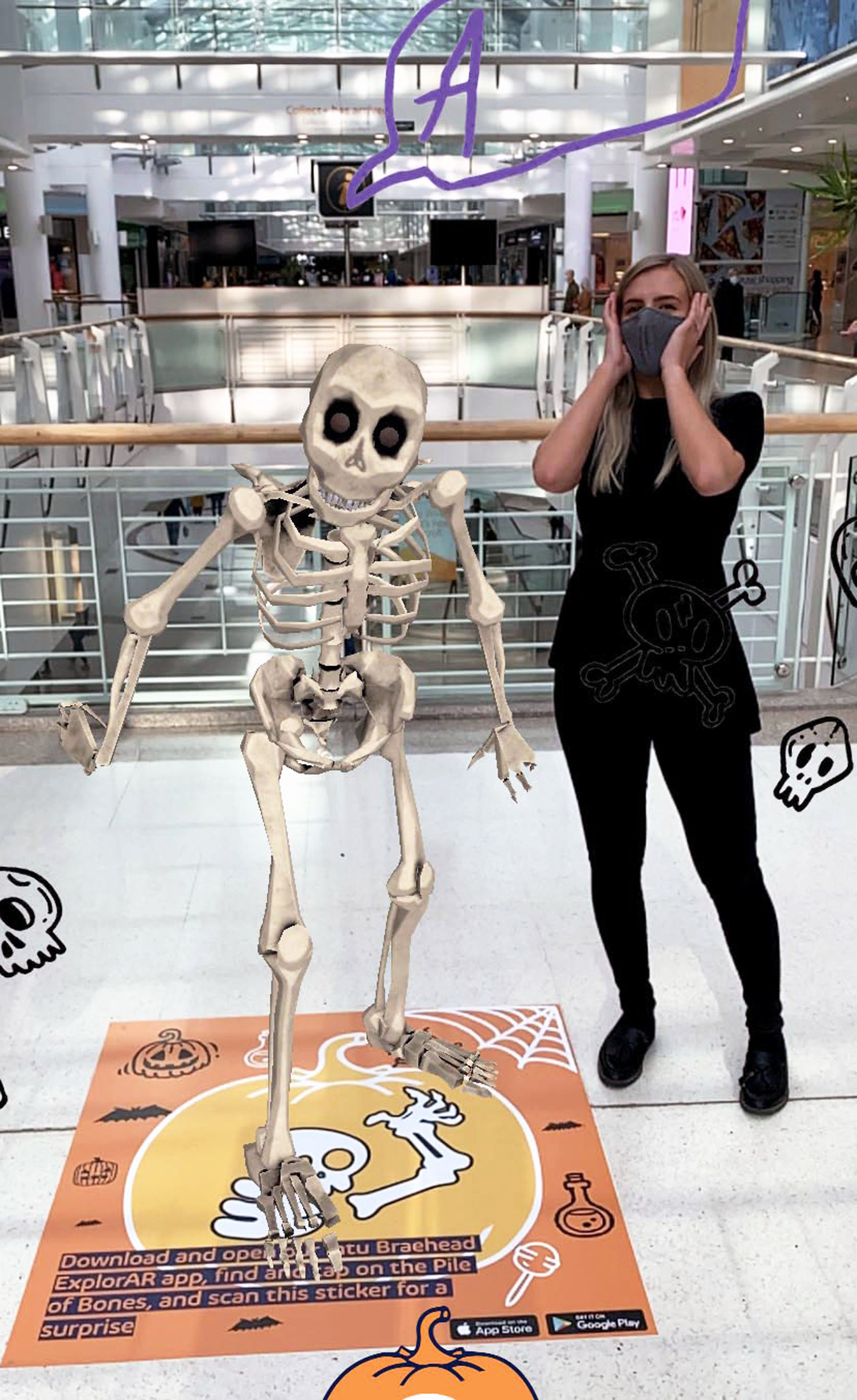 Thanks to some amazing hi-tech wizardry, shoppers can get astonishing photos of themselves standing next to a ghoulish ghost, scary skeleton and even a vampire surrounded by bats.

All shoppers need to do for some Halloween fun is to download the intu Braehead app for their phone or tablet, scan special markers on the floor throughout the centre and the spooky figures appear as if by magic on their screens.

Then they can take photos of friends and family standing next to the virtual Halloween figures.” 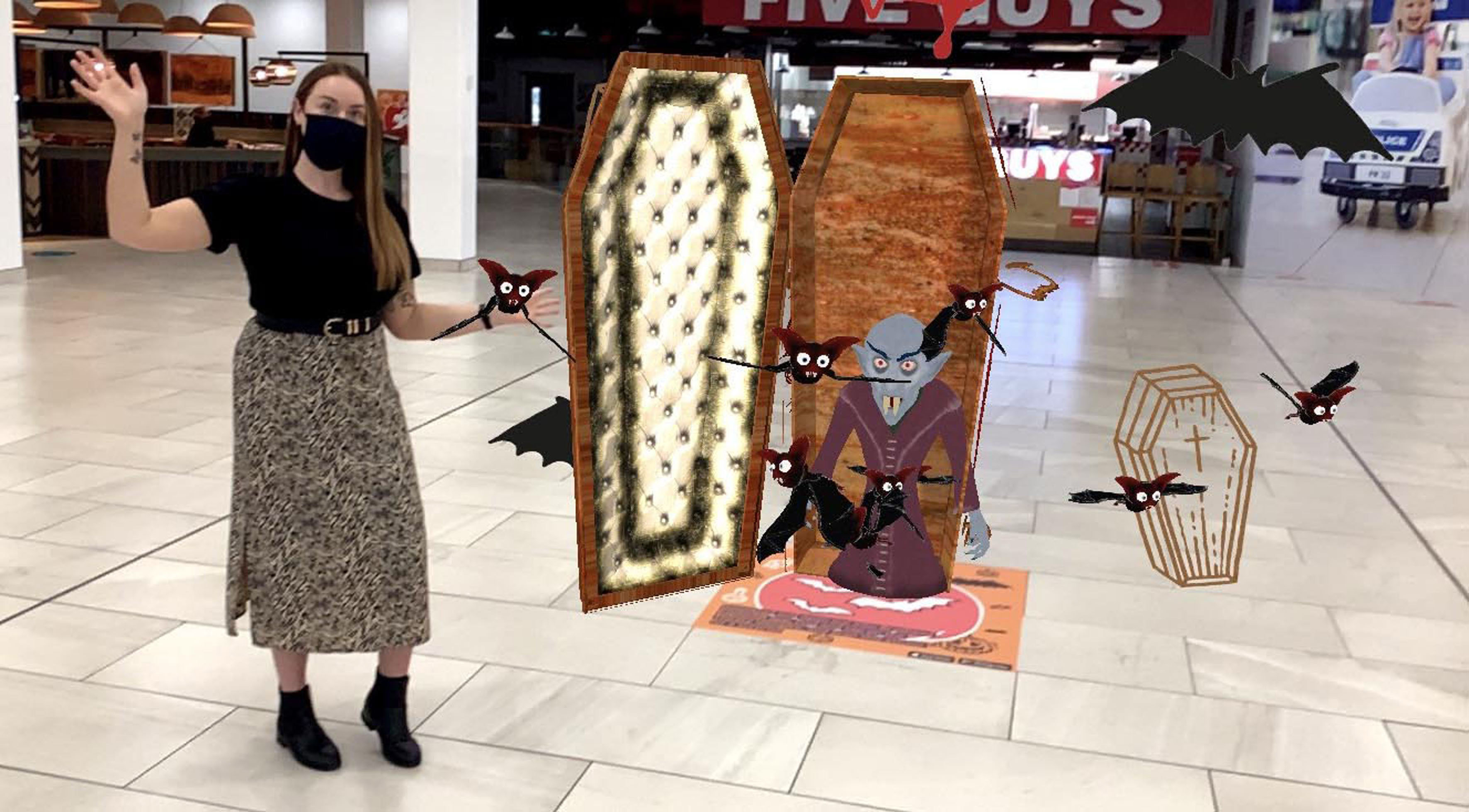 The Halloween images that appear with supernatural sorcery include a trap door with spiders, a skeleton, witch, ghost, vampire surrounded by bats and a cauldron.

The trigger markers can even be downloaded from the intu Braehead website, printed out and then used at home to make the figures appear when using the app, which will be active until November 4. 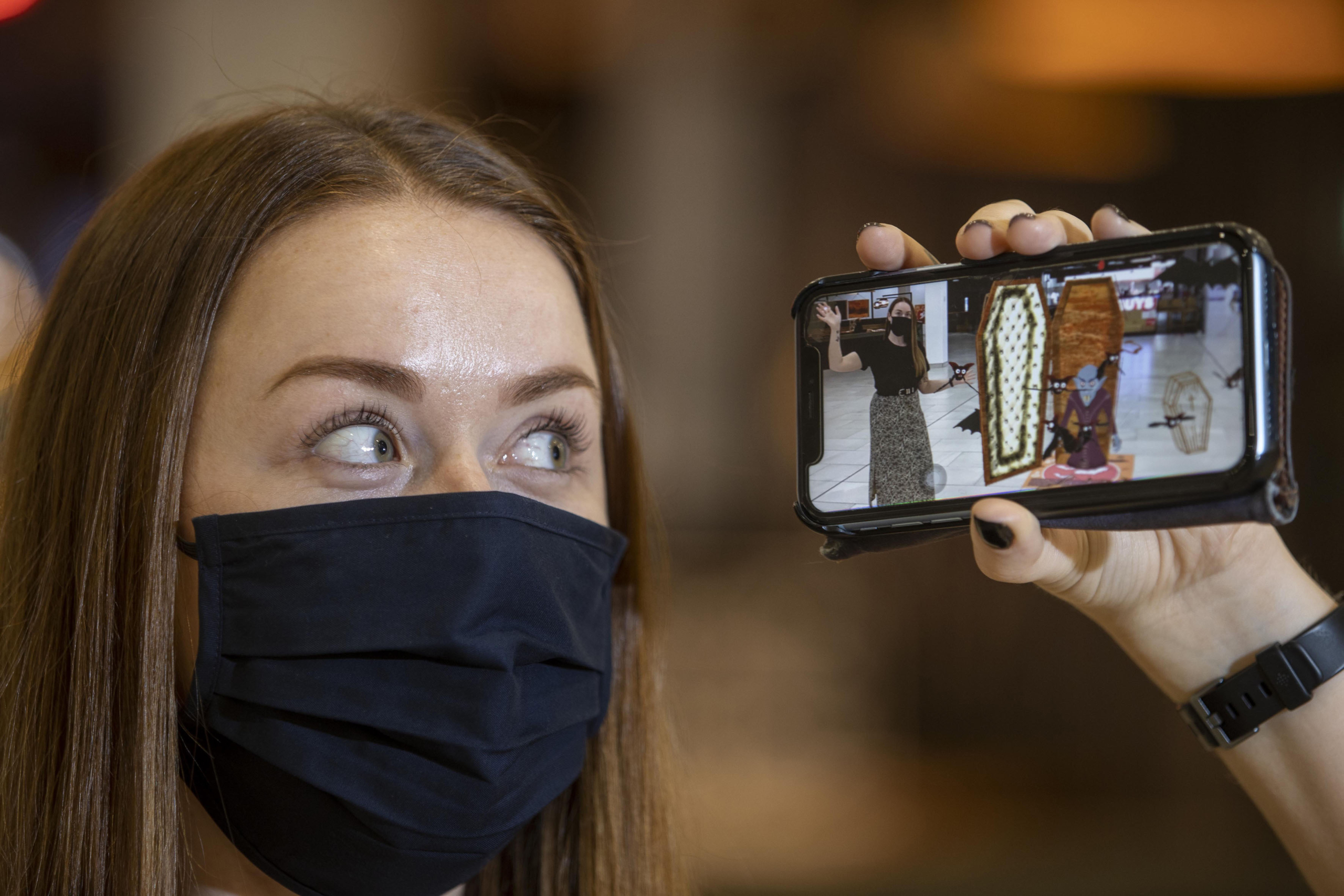 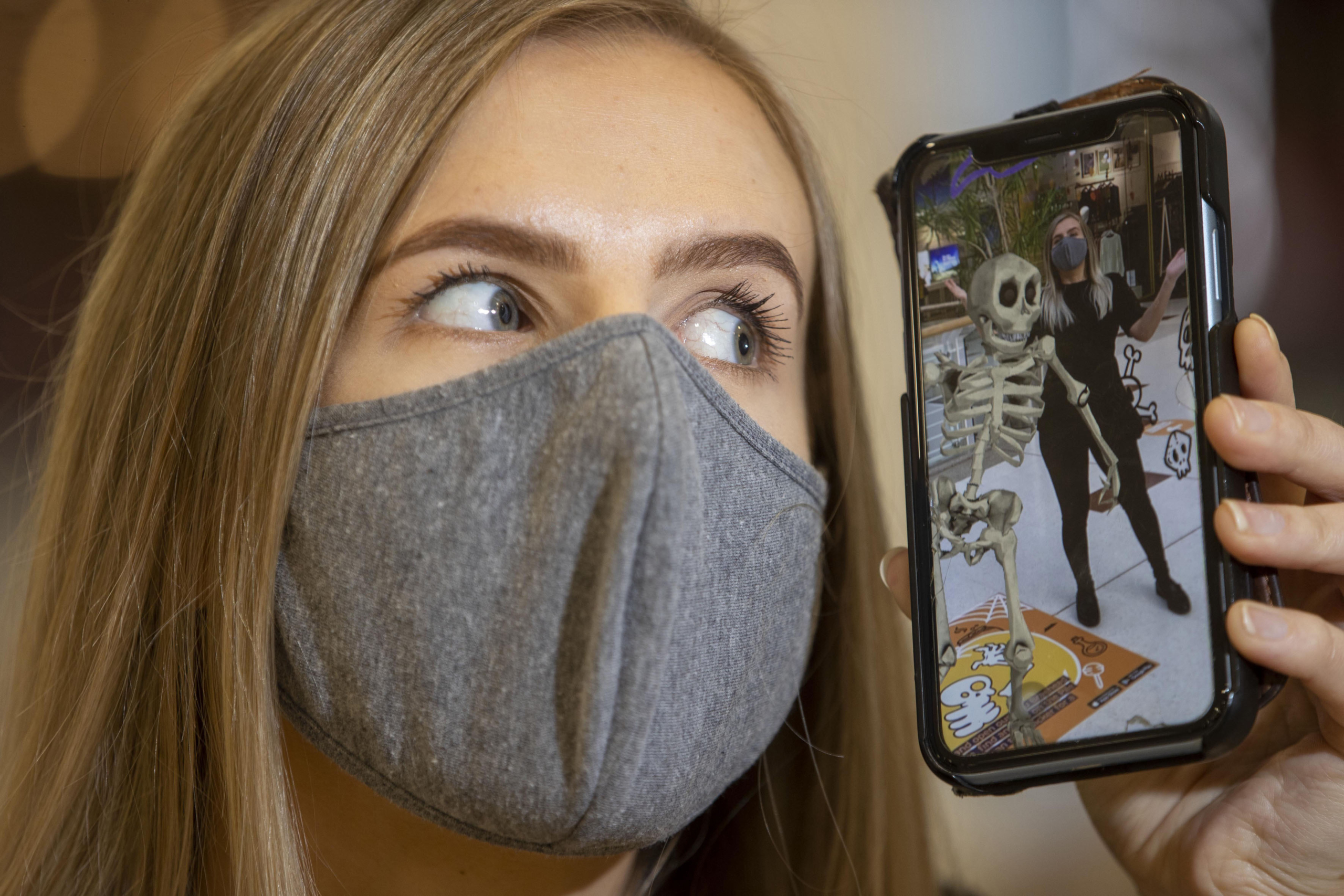 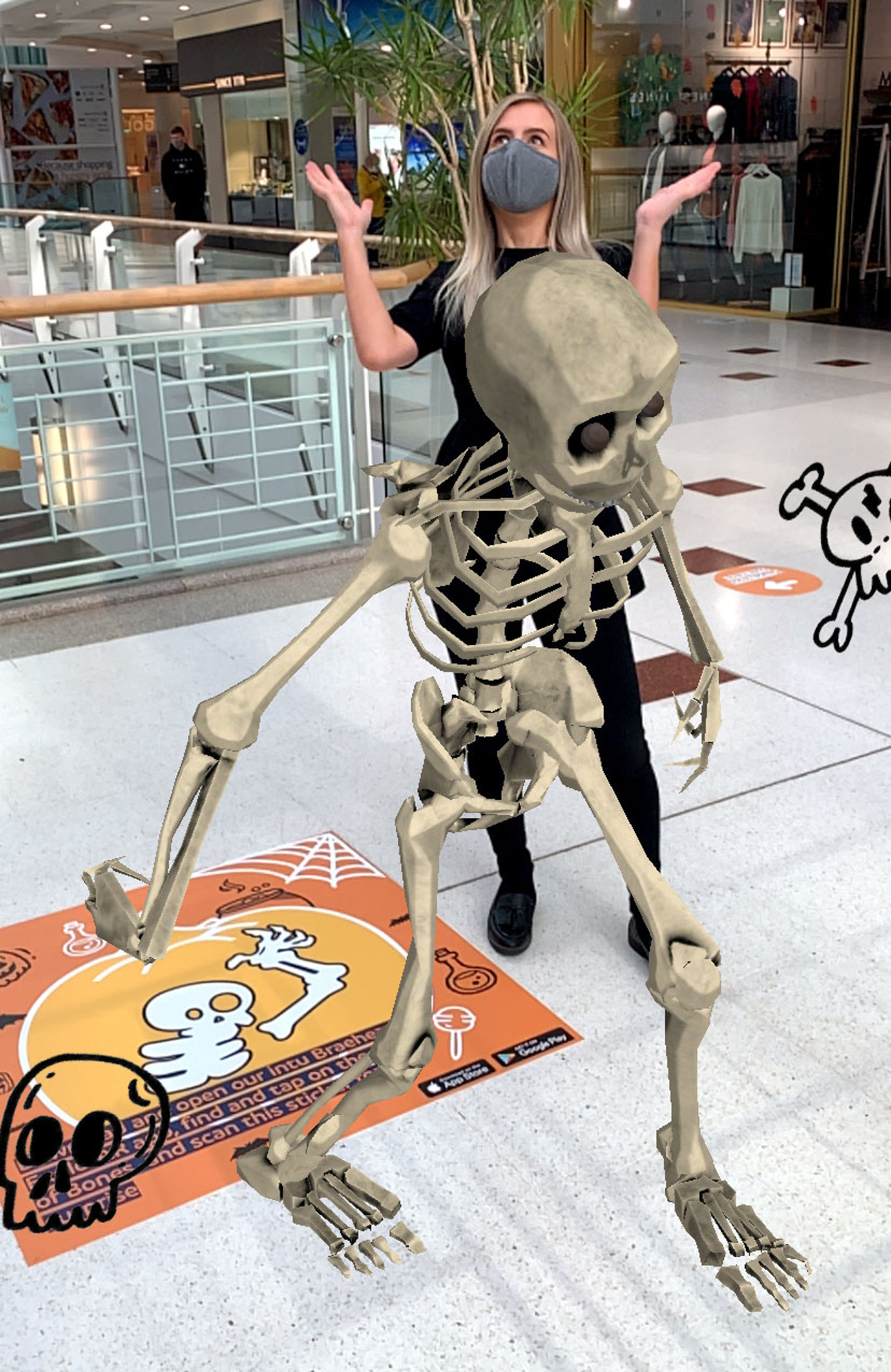 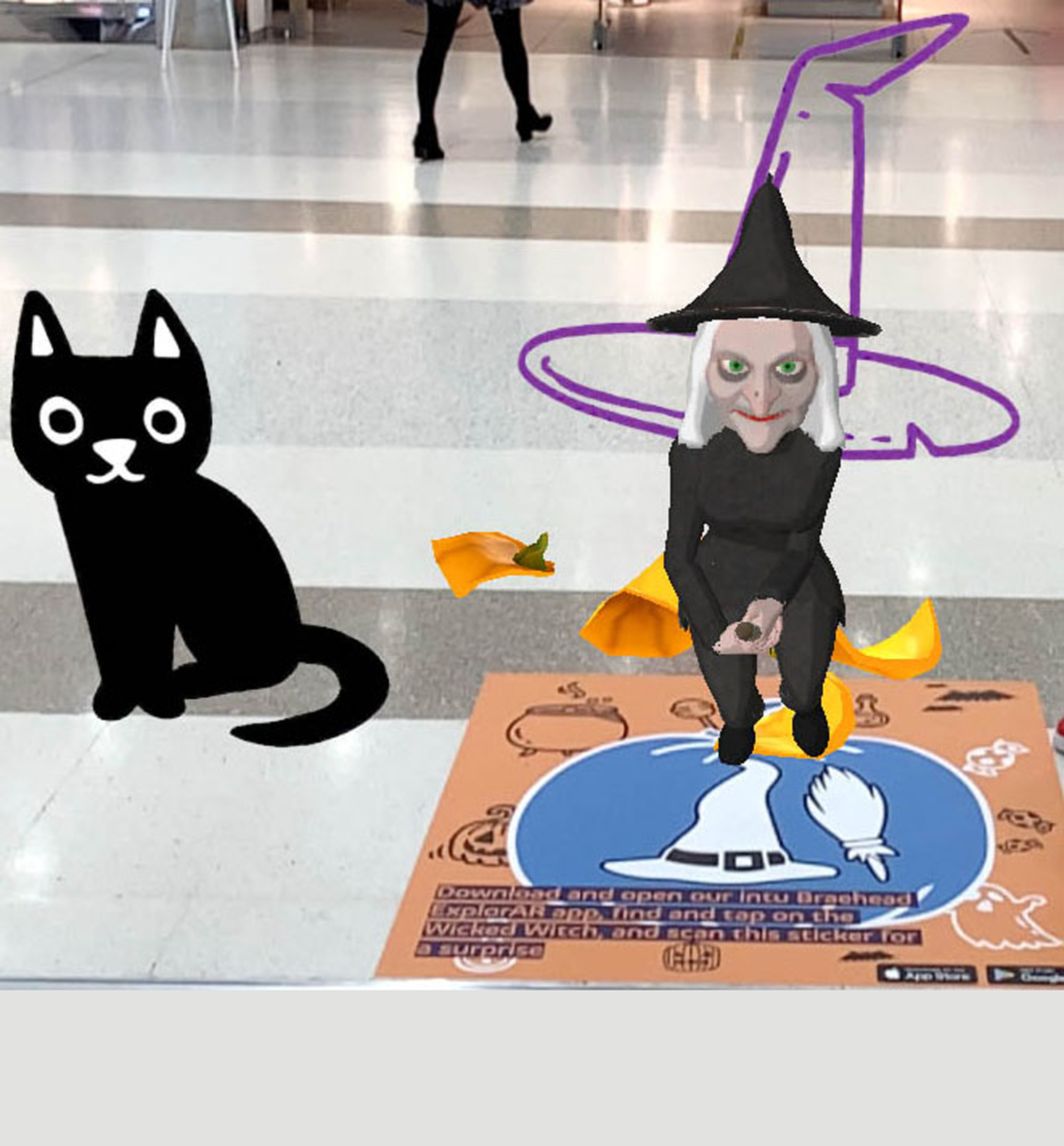 David Lyon, intu Braehead’s marketing manager said: “Talk about spooky! How weird is it going to be when you can get your photo taken beside a ghost, skeleton, witch or vampire and his bat friends in the middle of a shopping centre?

“Halloween is the traditional time of year when everyone has a bit of fun with spooky goings-on, but we’re bringing it right into the 21st century with some amazing augmented reality technology.

“It’ll be great fun for all the family and something they’ll be talking about for a long time.”

Go to www.intu.co.uk/braehead for more details, to download the app and the trigger marker graphics.